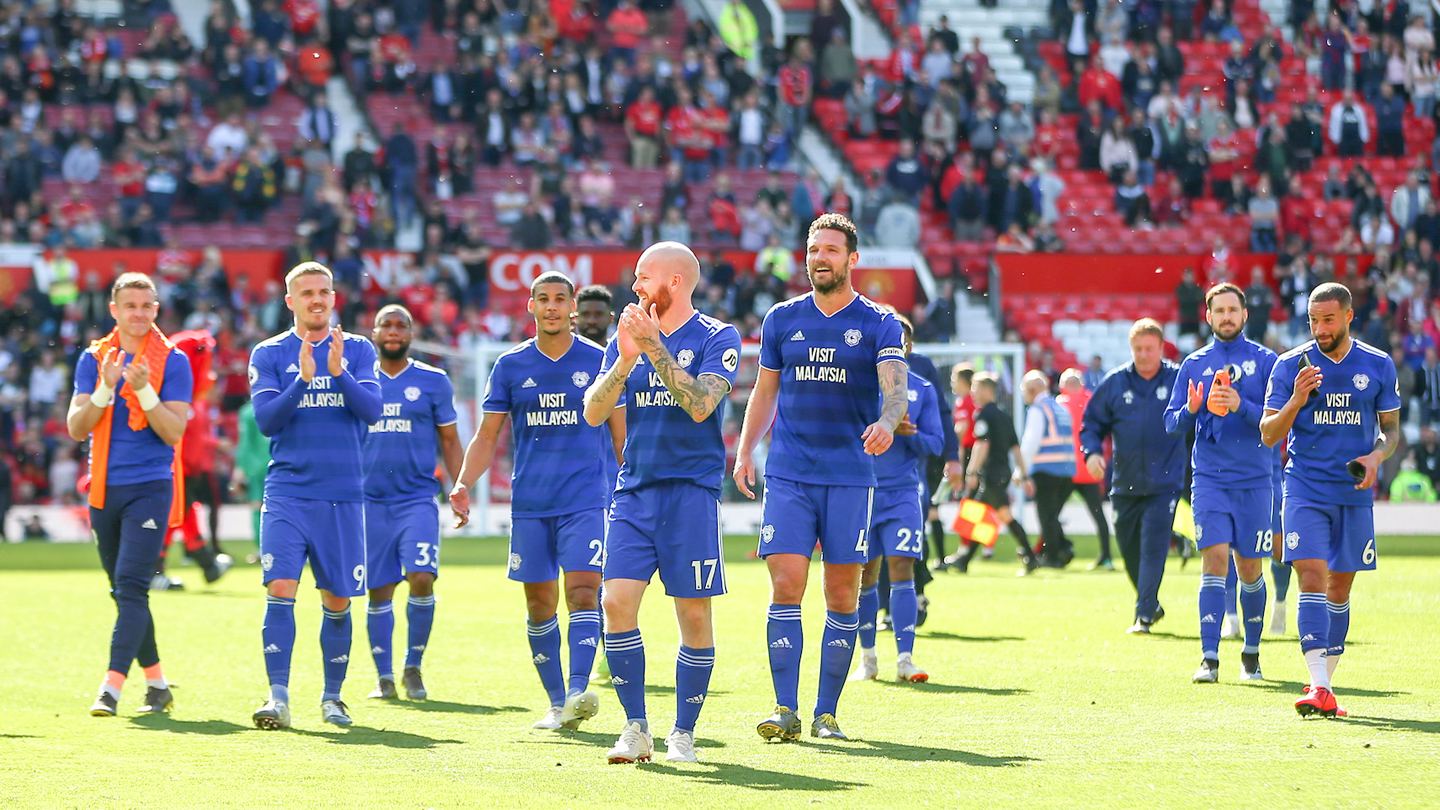 Cardiff City concluded the 2018/19 season with three points and a clean sheet as they secured a famous 2-0 victory at Old Trafford.

Neil Warnock made two changes to the side that started against Crystal Palace last week, starting Ken Zohore and Leandro Bacuna in the place of Danny Ward and Víctor Camarasa, respectively.

Manchester United had the first real chance of the match, as Mason Greenwood met a cross on the edge of City’s six yard box, but headed high over the bar. The Bluebirds responded soon afterwards through Nathaniel Mendez-Laing, who burst into the box from the wing with the ball at his feet and shot just wide from an acute angle.

City dealt well with the challenges posed, before applying the pressure themselves.

Ken Zohore led an attack deep into the opposing half with 20 minutes played, linking up well with Bobby Decordova-Reid and Josh Murphy to drive towards United's area. The Dane's shot was saved, however.

Zohore's attack set a precedent for the Bluebirds, who opened the scoring shortly afterwards.

Cardiff City were awarded a penalty with 20 minutes played, as Mendez-Laing was brought down inside the area. The winger stood up to the take the penalty that he had earned, and sent David de Gea the wrong way, putting City ahead.

Greenwood nearly equalised for the hosts only a minute later, but his shot from inside the area was deflected and tipped wide by Etheridge, shooting off the far post. Paul Pogba would later have been on the receiving end of a low cross inside City’s area if not for a timely interception by Josh Murphy, whose outstretched foot sent the ball out of the French international’s reach.

City nearly doubled their lead on several occasions before the interval. Aron Gunnarsson’s through ball nearly met the head of Bobby Decordova-Reid at the edge of United’s six yard box, and a minute later de Gea was forced to tip Josh Murphy’s curled shot over the bar.

City did find their second with 54 minutes played, as Mendez-Laing grabbed his brace. Josh Murphy again found himself in Manchester United’s penalty area with the ball, and drew both the hosts’ defenders and de Gea before coolly passing across the face of goal to Mendez-Laing, who slotted the ball home.

Aron Gunnarsson was substituted for Jazz Richards with 58 minutes played. This would be the Icelandic international’s final appearance for the Bluebirds following eight years at the club, having made over 270 league appearances for City. He received a standing ovation from the City faithful when walking off the pitch.

Cardiff City held strong at the back to preserve their two-goal lead, defending exceptionally well to keep United out of the game. Skipper Sean Morrison led City’s defence, effectively reading his opponents’ attacks and intercepting crosses well under pressure.

Neil Warnock’s men held on through four minutes of injury time and came away with three points, concluding the 2018/19 season with an away win.