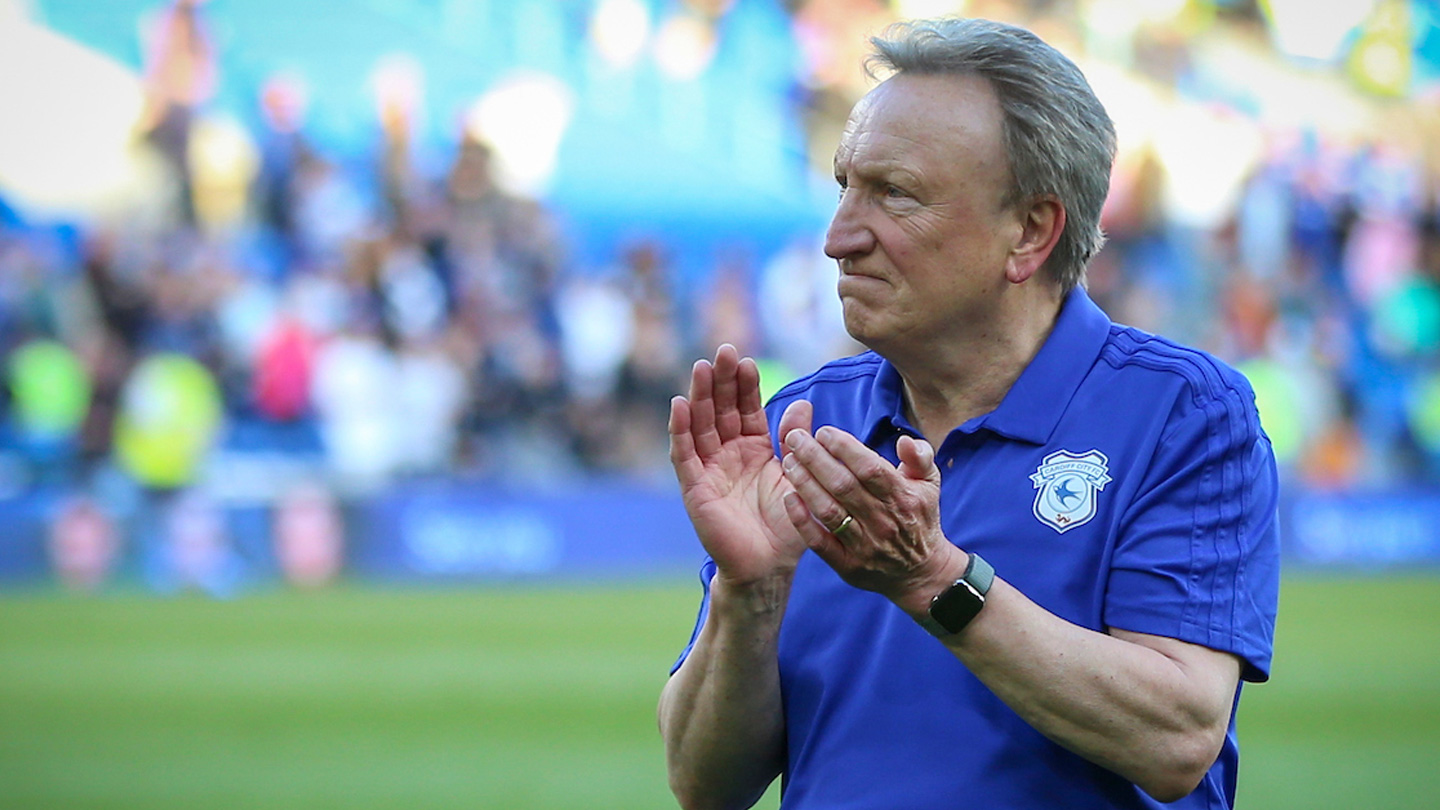 Warnock: I’m proud of our achievements

Neil Warnock spoke at Cardiff City Stadium following the Bluebirds’ 3-2 loss to Crystal Palace and relegation from the Premier League on Saturday afternoon.

“Everybody’s disappointed to suffer a relegation,” began Neil following the final whistle. “I can’t really be any prouder because the lads put so much effort in, but we created so many chances, second-half and that’s the story of the Premier League - you’ve got to take opportunities like that.

“We’ve had so many things to overcome this season and I’ve never seen a group of lads keep together like that - it’s just been one thing after the other.

“I’m quite proud of what we’ve achieved, but we’ve got relegated, so it’s a difficult thing to digest and that’s how I feel.”

The Gaffer went on to praise the fans for backing the team throughout the campaign, before revealing that it’s been his best season in management and his want from the last fixture of the season against Manchester United.

“I’m so proud that the fans have been like they have because I’ve never experienced supporters like that in my career and this season’s probably been my best in management.

“It was a proud moment for me walking around at the end and I’d a tear in my eye because they’ve all really supported me.

“I’ve never seen a relegated team get an ovation like that and I have so much immense pride to see fans like that.

“We’ve just to go again, the Club’s just got to go again and we want to spoil the party at Old Trafford.”