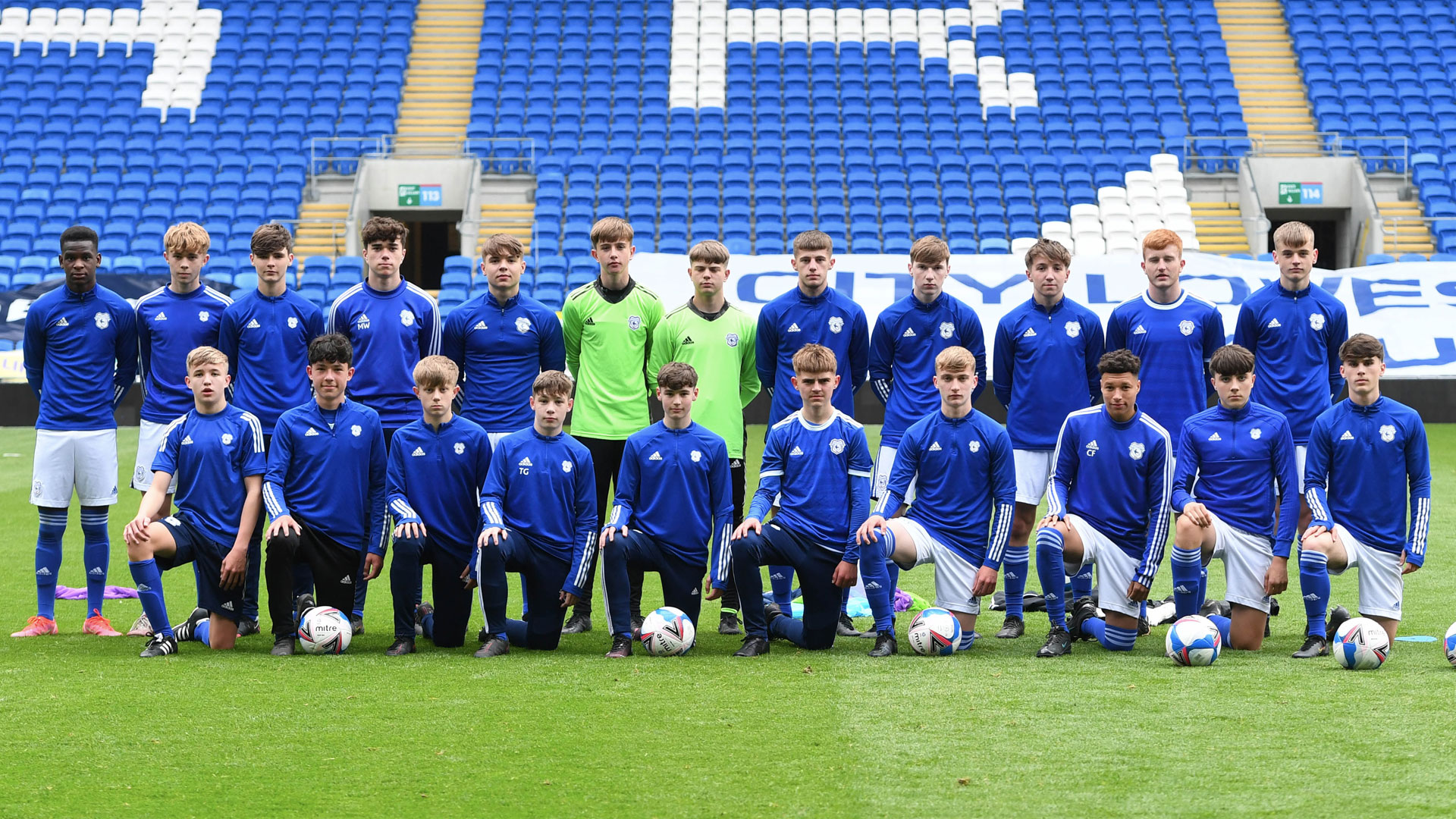 It was an important evening for City's U16 side on Thursday - stepping out to play on the Cardiff City Stadium pitch for the very first time, against Southampton! Following the match, we caught up with Academy Lead Youth Development Coach Dane Facey, who discussed the occasion, and the progress of these players throughout the campaign. 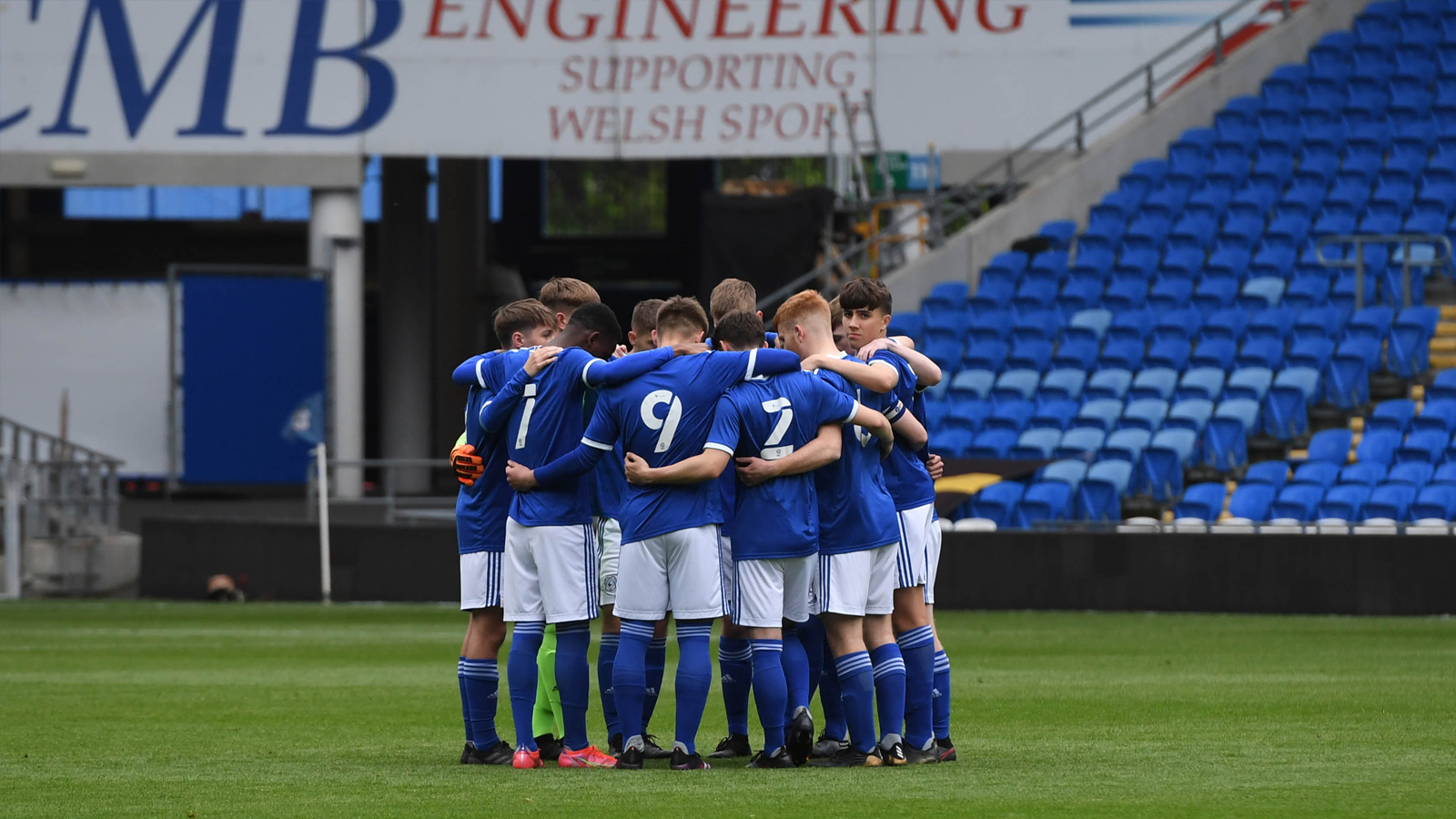 On the evening, it was a hard-fought 6-3 defeat in Leckwith against the Saints, but there were plenty of positives to take from the occasion, as Dane explained.

"Tonight was about the experience for the boys of going out there onto the pitch at CCS," began Dane. "Some of these boys have been here since they were eight years old, and to get the opportunity to go out there and play against a really good side in Southampton.

"They're a Category 1 academy and we knew they would really give us a challenge, which is why we asked them to come for this fixture. We played some really good stuff at times, and additionally we got 21 players onto the pitch throughout the 90 minutes, which was great for them.

"We wanted them to gain that experience and learn from it, or what it takes to be a competitive player in our First Team who can walk out onto the pitch at CCS week in, week out. I think that they all applied themselves really well.

"After the match we spoke in the team talk about their experience; asking what the pitch demanded of them, learning of how the increased size means that you have all that much more ground to cover. It's teaching them of the physical requirements to the senior professional game, as well as the technical skills that you need too.

"We want these young players to now aspire to get back to playing on that pitch as senior players."

Coming towards the end of their campaign, Dane continued by summarising the season that he and the coaching staff had experienced, including the unique challenges posed by coaching during the COVID-19 pandemic, along with the group of scholars who will continue with the Club next season.

"I spoke to the boys before the match about how this has really been a challenging two-year period for them," Dane continued. "The group of players have really made it easier for us though. 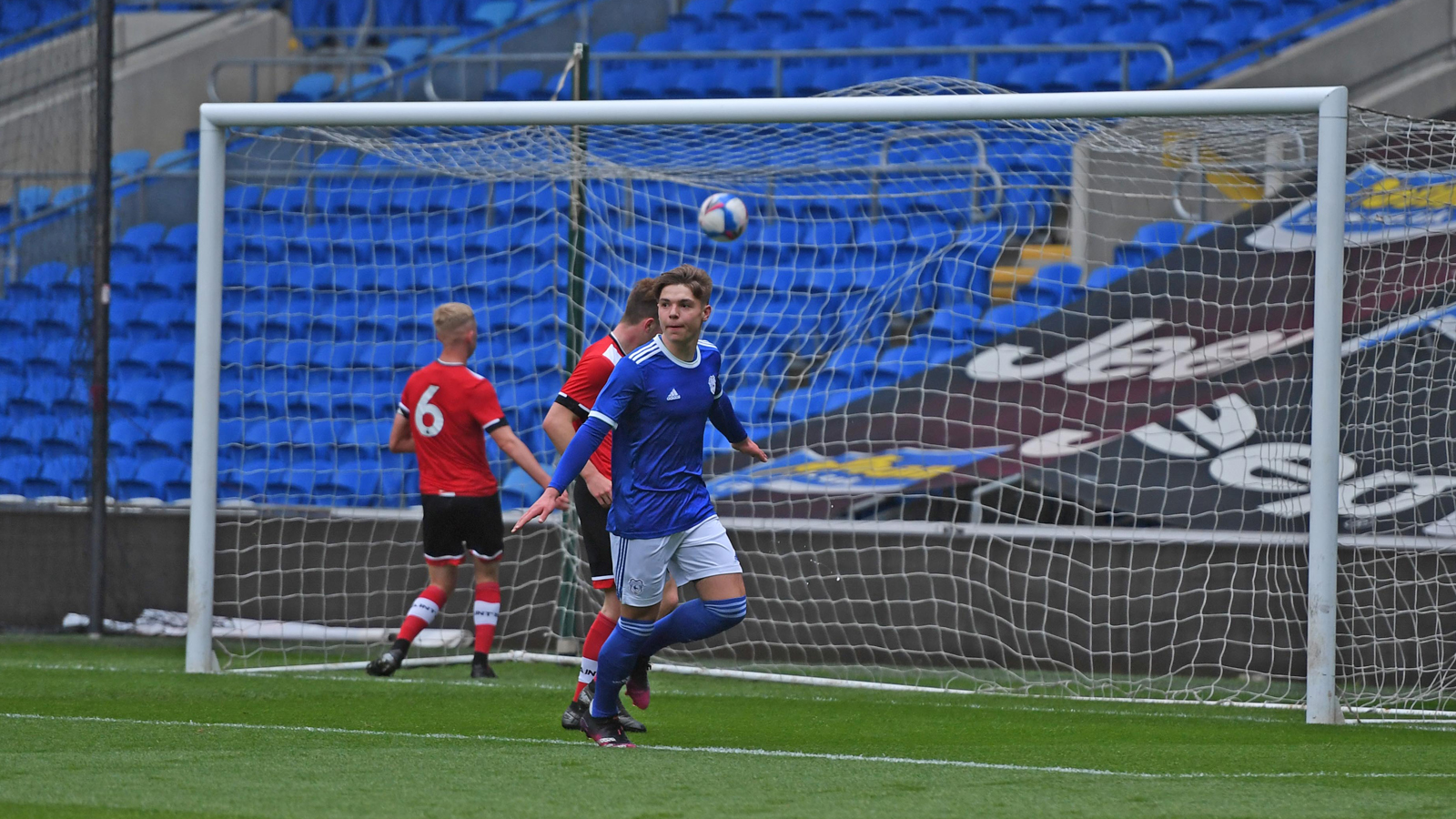 "From their application throughout lockdown with remote learning through to keeping themselves fit and hungry to improve, their engagement with us as staff has been nothing short of phenomenal; I'd never thought we'd get the work done that we did considering the amount of setbacks that we've had over the past two seasons.

"We have a group of 10 scholars from our programme. Most of them have been with the Club since they were about six, seven or eight years old, and I'm really proud of the quality that has come as a result of our programme. There are creative, dominant players in that group, and I do think that some of them could end up playing for the First Team in the future.

"The scholars will now be involved with the older age groups at the Academy, training and playing for the U18s and perhaps up to the U23 side. Hopefully they can go on to show what they're all capable of, with opportunities coming from it.

"The likes of Rubin Colwill, Mark Harris and Kieron Evans have all come through that process this year, so hopefully this new group can look at the work that they've put in and try to follow in their footsteps."

With the result under the lights at CCS on Thursday night, attention of course turned towards goalscorer Cian Ashford, whose own journey throughout this tumultuous season has been a successful one, to say the least.

Indeed, despite an injury keeping the young striker off the field for five months, since his return the 16-year-old has not only been scoring regularly for his own age group, but also for the U18 side, including a brace on the closing day of their campaign. With the further experience of making his U23 side debut in April - and scoring a hat-trick against Southampton on Thursday night - Cian was praised by Dane for his hard work throughout the year.

"It's important to note that while Cian has had a lot of success this season," Dane explained. he's also had a lot of setbacks. Whether that was through injury and recovery or the initial restrictions brought in by the pandemic, his success has been down to his application both on and off the pitch.

"Ultimately, we are really excited to see where both he and others in the group can go. Without paying too much attention to the score tonight, it was about giving the whole squad an opportunity and the experience of playing in this great ground." 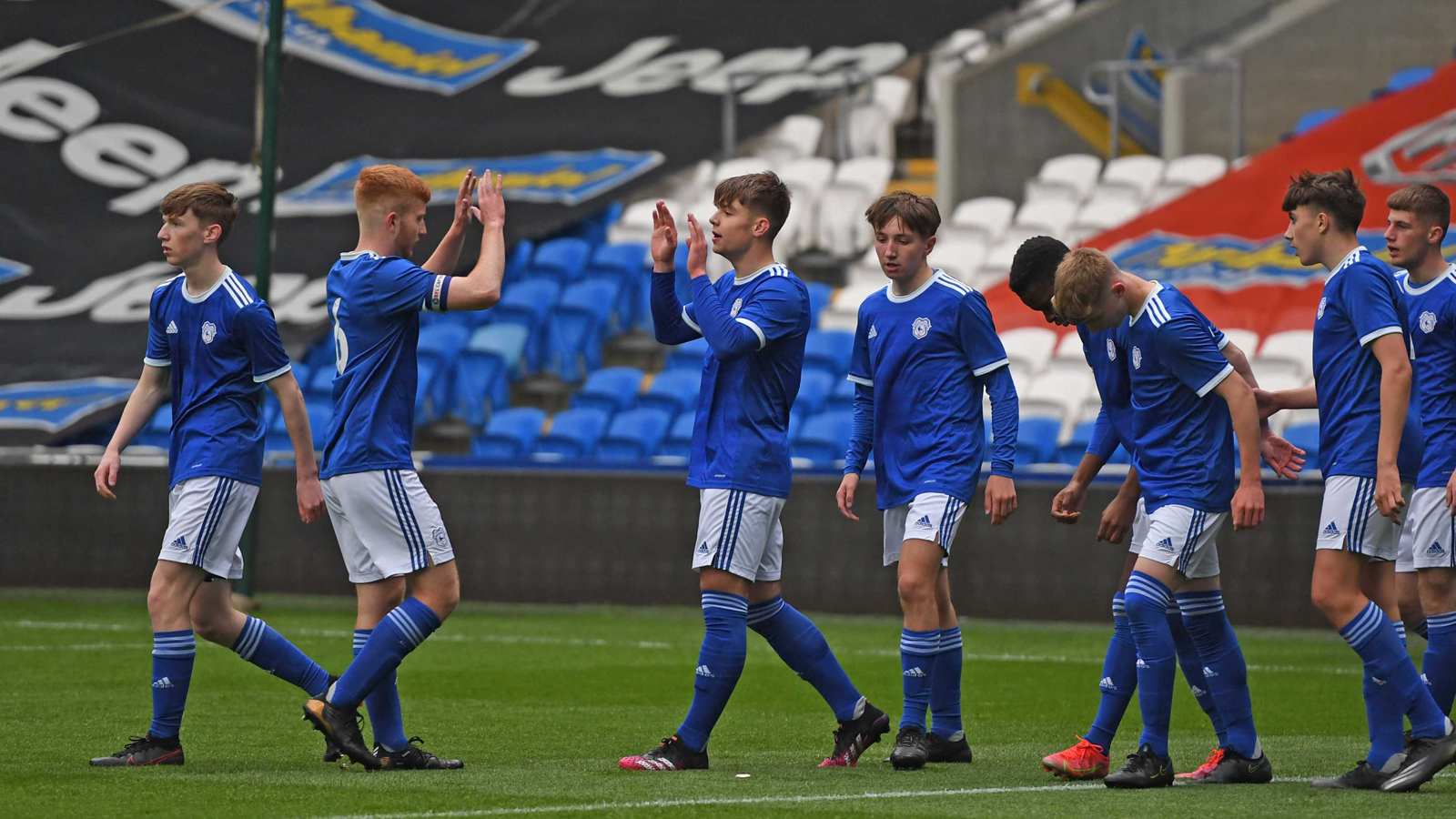 With the season continuing for the U16 players until the end of May, and into the summer for the younger age group, Dane is quietly preparing for the next campaign with a sense of eager anticipation.

"A 'normal' campaign is still a little further away than we'd like," said Dane with a smile. "But the programme is running as normally as it can given the restrictions in place, which we're grateful for.

"We want to keep pushing the U15 group as they finish up their season; they'll be looking to continue into the older age groups, so we want them to finish as strongly as they can. They looked comfortable tonight with some older boys, and hopefully they can keep at it.

"It's a really exciting time for us all. We've got some really good players, and with things gradually getting back to normal I think we'll soon be kicking on again."