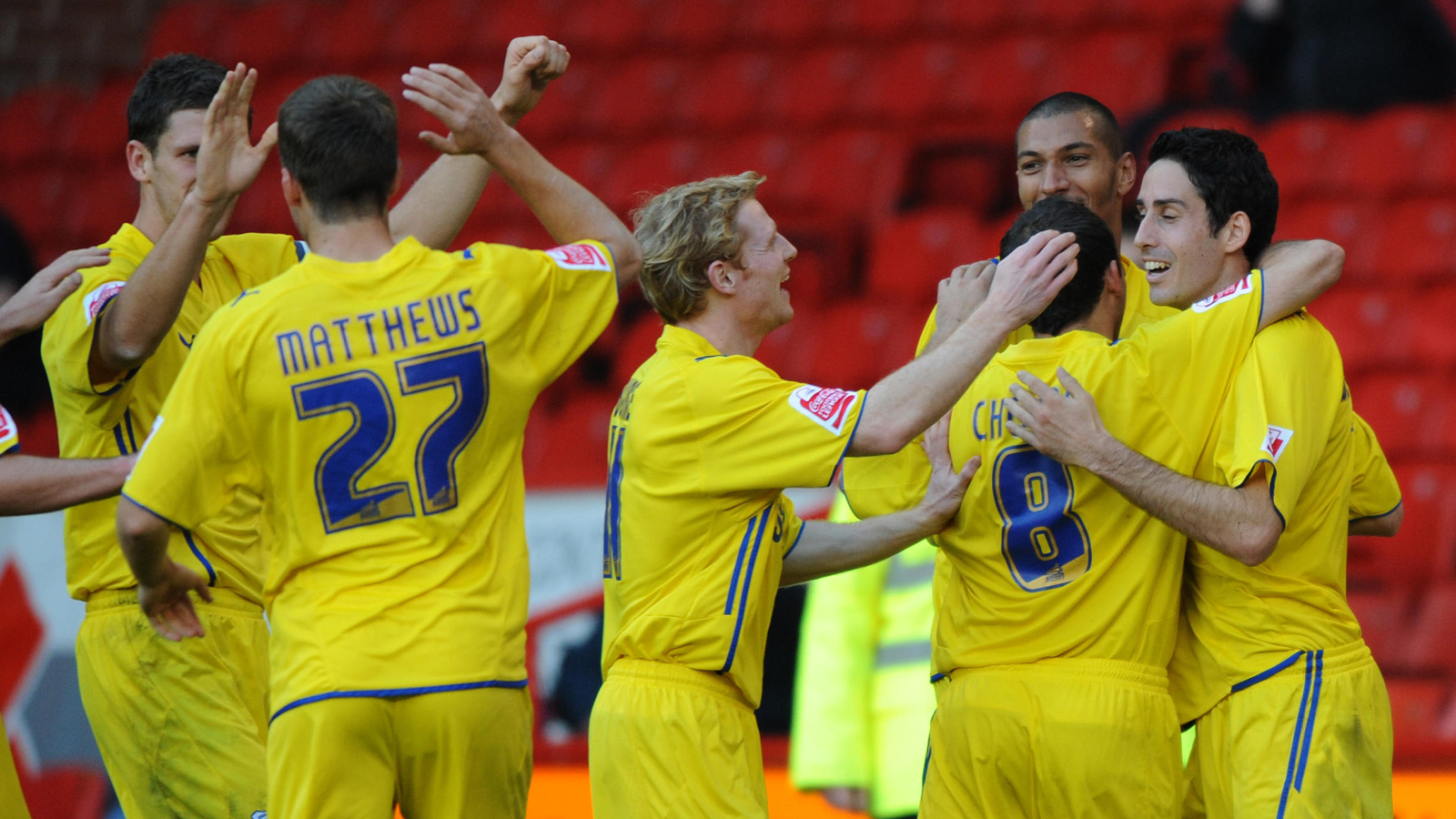 📆 In 2009, a hat-trick from Whitts helped the #Bluebirds to three points at Bramall Lane! 💙

Read more about our dramatic clash with the Blades 👇#CityAsOne

As the Bluebirds prepare for a trip to Sheffield United’s Bramall Lane, we take a look back at a memorable win over the Blades in 2009.

City headed into the contest on the back of a fantastic month in October, securing a dominant 4-0 victory over Watford and a convincing 2-0 win over Coventry City.

The Blades had endured a tough start to the campaign, winning just four of their opening 13 fixtures, but, having suffered a narrow defeat to Burnley in the Play-Off Final at the end of the previous campaign, remained hopeful of promotion this time around.

United were managed by Kevin Blackwell, who would later go on to spend three years in the Welsh capital as Assistant Manager to Neil Warnock.

After an opening 40 minutes with little goalmouth action, the 25,021 fans in attendance were treated to four goals in the final few minutes of the first half. City broke the deadlock in the 41st minute, with striker Jay Bothroyd pouncing on a mix-up in the home defence to open the scoring.

In a dramatic period before the interval, City regained the lead through Peter Whittingham’s clinical penalty, only for Henderson to head home after Bluebirds shot-stopper David Marshall had initially made a brilliant save to deny Ched Evans, sending the sides into the break at 2-2.

After an eventful first-half, Dave Jones’ side stepped up a gear in the second period, taking the lead for the third time on the hour mark, as Whittingham struck home from close-range following Adam Matthews’ long-throw into the area.

Despite the Blades’ attempts to get back level, the Bluebirds were a constant threat on the break throughout the contest, and soon gained a two-goal cushion.  A slick, flowing move from City saw Whittingham finish neatly to round off a brilliant hat-trick.

The drama continued to the last minute, with James Harper poking home United's third in injury-time, before Stephen Quinn looked to have snatched a last-minute equaliser. However, the midfielder's late effort was ruled out for offside, meaning the Bluebirds were able to take home all three points.

City went on to have a positive season in both the FA Cup and the Championship, reaching the Fifth Round of the former, before being knocked out by eventual winners, Chelsea.

It was a memorable campaign for Whittingham in particular, who was the club’s top scorer with a remarkable 25 goals in all competitions, including an iconic free-kick in the Play-Off Semi-Final victory over Leicester City.

Despite the eventual disappointment of falling to a narrow defeat to Blackpool in the Play-Off Final at Wembley, Whittingham’s fantastic hat-trick in the victory over Sheffield United was a highlight during a memorable campaign.