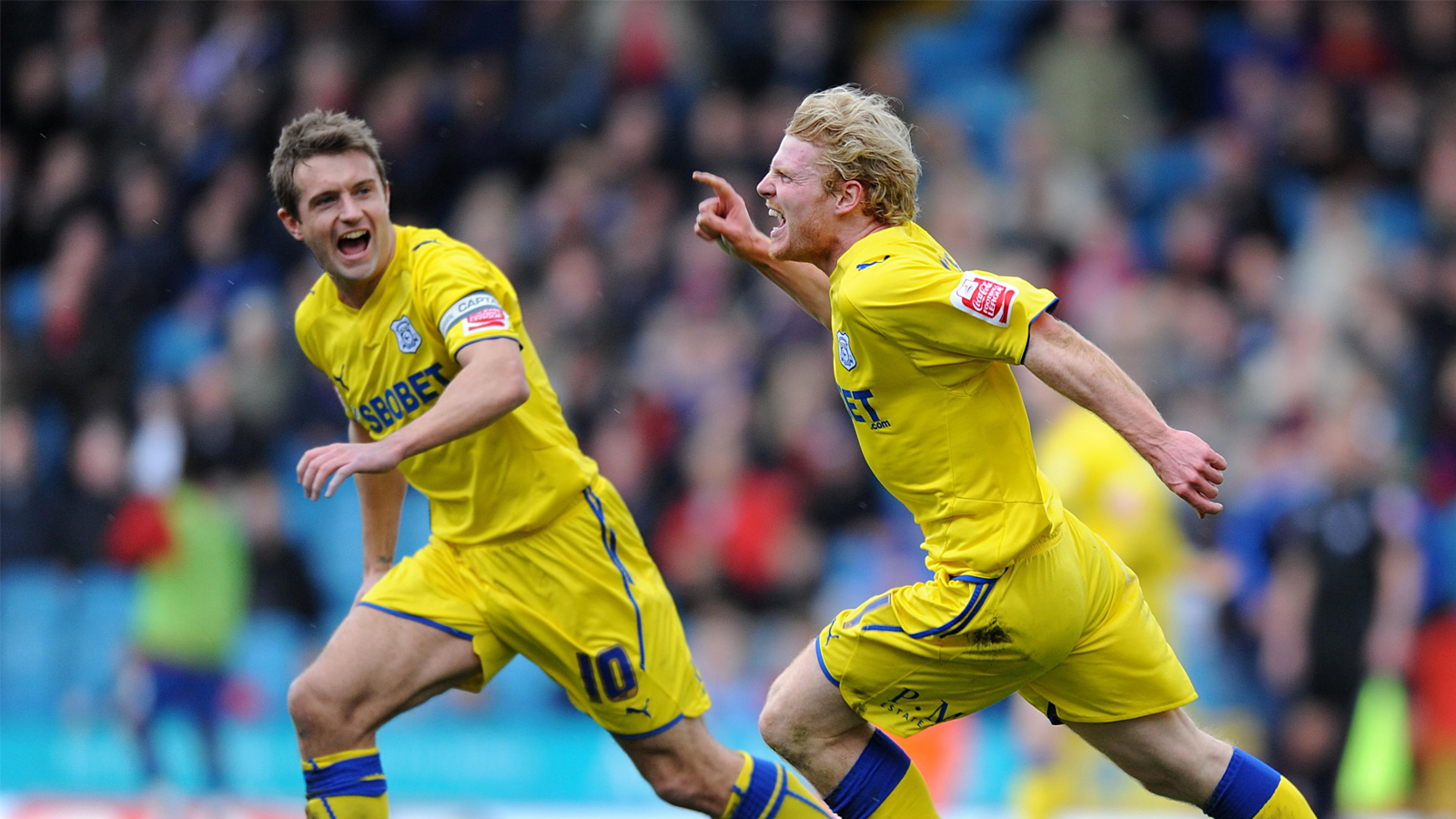 On this day (27th March), in 2010, goals from Gábor Gyepes and Chris Burke gave the Bluebirds a 2-1 victory over Crystal Palace at Selhurst Park.

The #Bluebirds defeated @CPFC at Selhurst Park, with goals from Gábor Gyepes and @burkeman29! 💙

The Bluebirds arrived in South London sitting in sixth position in the Championship table, with 59 points from 38 matches played. City held a five-point lead over Play-Off chasers Blackpool and Sheffield United, with both Swansea City and Leicester City firmly in the sights of Dave Jones' side.

The Eagles, who had suffered a ten-point deduction in January 2010 as a result of entering administration, saw future City manager Neil Warnock depart for Queens Park Rangers, with Paul Hart taking the Selhurst helm as Palace sought to avoid relegation to League One.

Enjoying a three-match unbeaten run, Bluebirds boss Jones made two changes to the starting eleven which had picked up a point against the Blades last time out, with strike duo Michael Chopra and Kelvin Etuhu replacing Jay Bothroyd and Ross McCormack.

The Bluebirds made a blistering start to proceedings at Selhurst Park, with Gábor Gyepes scoring the opening goal after just four minutes. Peter Whittingham's low corner-kick was met by Stephen McPhail, who produced a delightful backheel flick to knock the ball into the path of Gyepes.

City's Hungarian central defender did well to adjust his body and tuck the ball home with his left foot, with the aid of the post, to get his first goal of the season and put Jones' men ahead. In total, Gyepes would score five goals for the Bluebirds during his three-and-a-half years in the Welsh capital before departing in January 2012.

At the other end, the Eagles looked to utilise Darren Ambrose's dangerous ability from set pieces, and struck the crossbar midway through the first half. Ambrose's cross was met by Clint Hill, who saw a looping header bounce off the top of the woodwork and out to safety. Ambrose soon had a shot on target of his own, forcing a fine save from David Marshall with a volleyed effort from close range.

City's final chance of the first half fell to Etuhu, who broke free of the Palace defence and into the box, only to show too much of the ball to Julian Speroni, who made a sprawling save to keep the Bluebirds at bay.

Palace looked to use their aerial strength in the second period, with Ambrose producing a number of quality crosses into the City box. One such delivery, a corner from the right after 58 minutes, was met by Hill - having seen his first-half header clip the crossbar, the defender was not to be denied this time around, nodding into the ground and into the net to put Hart's side on level terms.

However, the Bluebirds regained the lead swiftly through Chris Burke, who delivered a moment of quality for what proved to be the matchwinning goal. A long ball into the Palace box was won in the air by Paul Quinn, who nodded into the direction of the Scottish winger.

A deft touch on the chest deceived his marker and allowed Burke to fire the ball on goal on the half-volley, catching it sweetly and leaving Speroni with no chance as the Bluebirds moved back in control of the match. Currently of Kilmarnock in his native Scotland, Burke produced nine goals and nine assists in the 2009/10 campaign, his best return in a City shirt.

The hosts had few significant chances to level in the final twenty minutes, seeing City take all three points back to the Welsh capital. The win moved the Bluebirds above both Leciester and Swansea in the Championship table, and set up a mouth-watering South Wales derby clash the following weekend at Cardiff City Stadium.