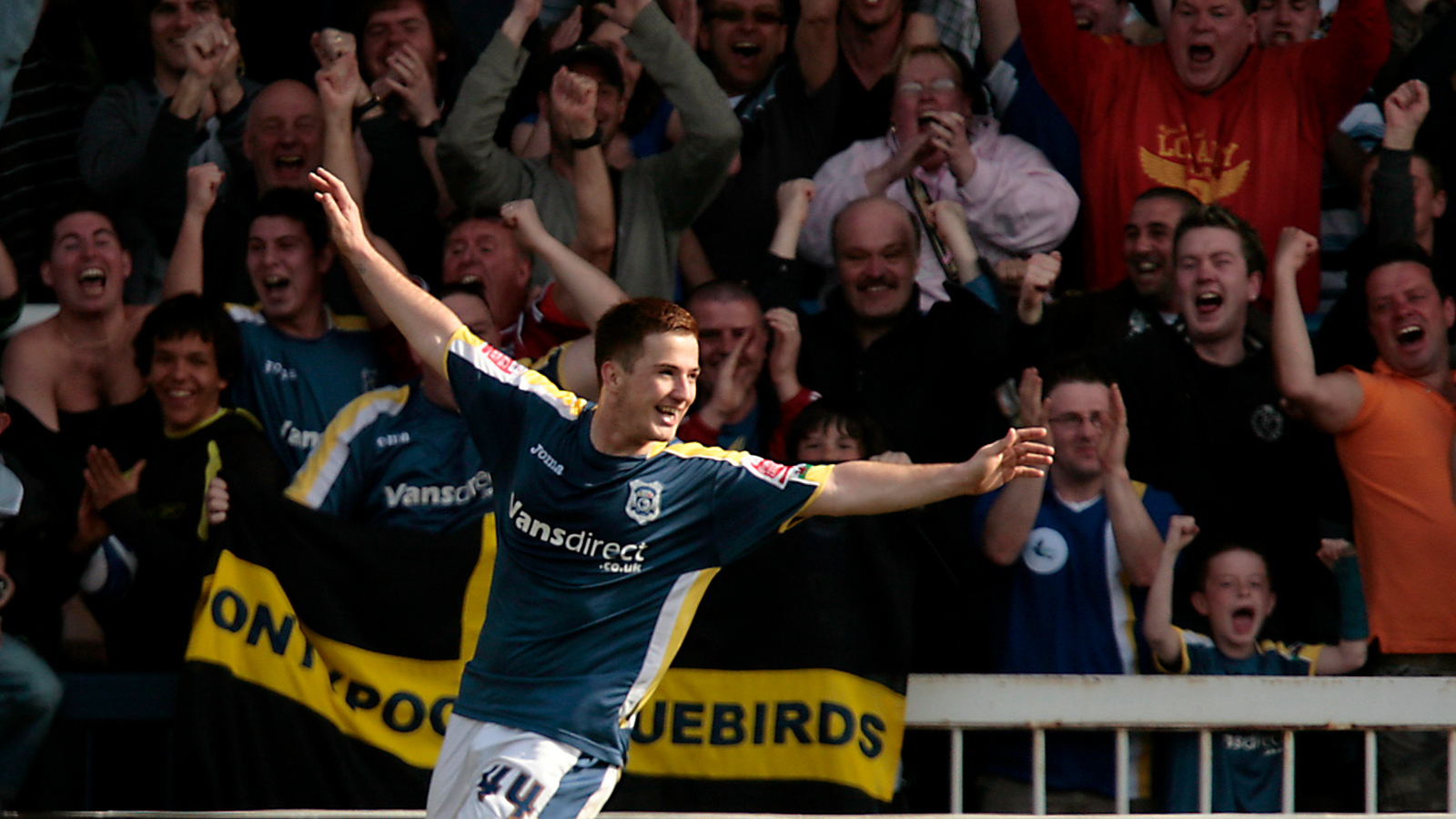 Amongst a host of memorable matches played against the Hornets, we recall a favourite from March 2009...

Chasing a spot in the Play-Offs as the 2008/09 season began to turn towards its final stretch, the Bluebirds were enjoying a good run of form stretching back to November 2008, having been defeated only twice in their previous 18 league fixtures.

In their previous meeting, which had taken place earlier in the campaign at Vicarage Road, City had secured a point after going 2-0 down against the Hornets, with Jay Bothroyd providing a vital brace in the final 20 minutes to get the draw.

Just as the Hornets had struck quickly in that earlier fixture, so they did again at Ninian Park, it turned out. Stephen McPhail's trip inside the area on former Bluebird Jobi McAnuff left the referee with little choice other than to award the visitors a penalty-kick.

Stepping up to the spot, Tommy Smith struck home to give Watford the lead with only 10 minutes played in South Wales.

Not content to concede so early, City made sure to apply the pressure immediately, and were quickly rewarded as Jay Bothroyd equalised only four minutes later.

Helped out in the buildup by winger Chris Burke's cross, Bothroyd positioned himself inside the area to receive the second ball as it fell towards him, guiding it home with a thunderbolt of a strike off his left foot.

Levelled up, the match continued and another draw seemed a certainty as play entered injury time.

However, there was to be another twist in the tale, as Ross Jenkins was deemed to have blocked a shot on the goal line with his hand, giving the Bluebirds a penalty kick of their own.

In the 97th minute of play, and with nearly 18,000 watching from the stands around Ninian Park, Ross McCormack lined up to take the shot from 12 yards out.

Striking hard and low into the right corner, 'keeper Scott Loach could do nothing but watch as the ball flew past his outstretched fingertips.

The home crowds roared as the Scottish striker ran towards the stands to celebrate, securing the victory in dramatic fashion with his 18th goal of the campaign.

Born in Glasgow in 1986, Ross McCormack began his professional career at Rangers in 2004, following years honing his skills as a youth player.

Seeking more first team football, the young striker went on loan to League One side Doncaster Rovers, before then transferring to play for Motherwell in 2006.

Scoring 10 times in 48 appearances across his two seasons spent with the Well, McCormack, then 22-years-old, moved once more, this time to South Wales.

The Bluebirds were quick to utilise the Scotsman, who in turn scored on only his second Championship appearance in a 1-1 draw against his former loan side Doncaster.

Having gotten off the mark, Ross quickly added more goals to his tally, scoring three goals in his following two matches.

The striker eventually went on to be City's top goalscorer during his opening season with the Club, netting 23 times in all competitions as the Bluebirds narrowly missed out on a Play-Off spot.

In a season that would be the final played at Ninian Park, McCormack also held the honour of being the last City player to score there in a competitive match, as he scored a brace for the side in a 3-1 victory over Burnley.

Beginning the 2010/11 season in South Wales, Ross later moved to play for Leeds United, where he would continue his run as a proven goalscorer across the following four years.

During his time with the Whites, he scored 53 Championship goals in 144 appearances, and in his final season with the club was the division's top scorer, with 28 goals scored during the 2013/14 campaign.

In more recent years, Ross enjoyed spells at Fulham and Aston Villa, with a loan to Nottingham Forest, as well as time spent with Australian clubs Melbourne City and Central Coast Mariners.

A return to Motherwell on loan in the 2018/19 season was followed by his release from parent club Aston Villa, and McCormack signed for National League club Aldershot Town in September 2020.