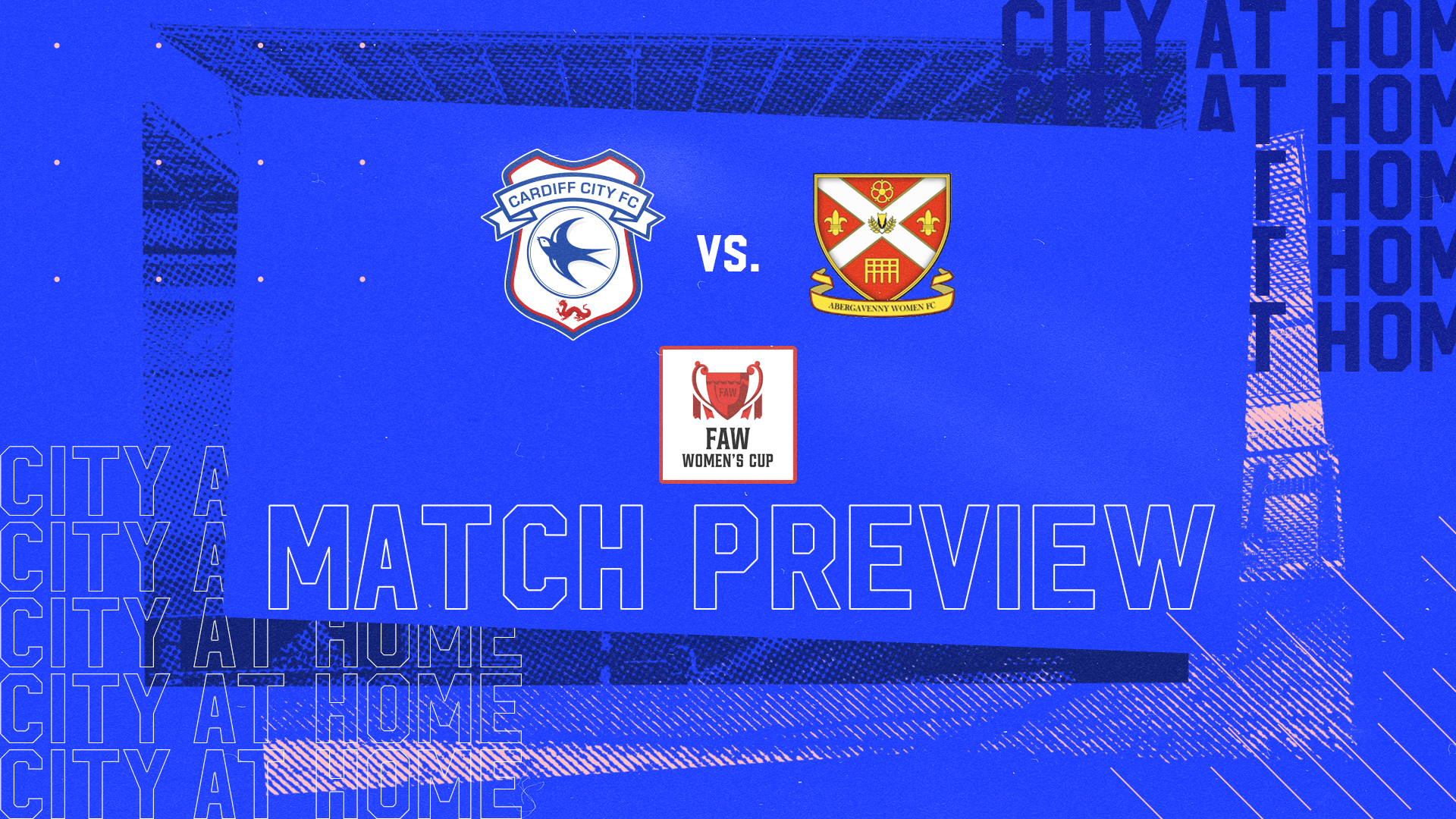 The Bluebirds will be looking to book a place in a cup Semi-Final for the second time in a week, this time in the FAW Women’s Cup.

In the Adran Trophy against Barry Town United last time out, City put in a hugely impressive display, as goals from Megan Saunders, Siobhan Walsh and Catherine Walsh put the Bluebirds in the ascendancy, before Zoe Atkins’ header ensured a 4-1 win.

Opponents Abergavenny have been impressive in the Adran South this season, currently sitting three points clear at the top of the table, having won seven of their opening eight games.

In the trophy last week, the Pennies fell to a dramatic defeat to Aberystwyth Town on penalties, with the two sides playing out a stalemate in normal time.

“It’s a big game. We’re expecting a difficult challenge,” head coach Iain Darbyshire began. “Historically, Abergavenny have caused us problems when we’ve played them, they’re a bit of a bogey team for us, but we know that if we play well and play to our strengths, we’ve got a good chance to win the game.

“We’re targeting to win a trophy this year and the cups give us a fantastic opportunity to do that, but they also give us a platform to build some momentum going into Phase Two and that’s what we’re aiming to do.”

After impressing in the win over Barry Town United, midfielder Seren Watkins added: “It was a great game on the weekend. Coming into the team on short notice into the starting line-up was a bit of a shock, but I think I did well to adapt to it.

“We’re all really looking forward to Abergavenny on Sunday. It’s going to be a tough game, but hopefully we can play the way we did against Barry and get the win.

"We’re going to take all the positives from the game at the weekend and display that against Abergavenny. We’re all hoping to get through and get some silverware at the end of the season.”