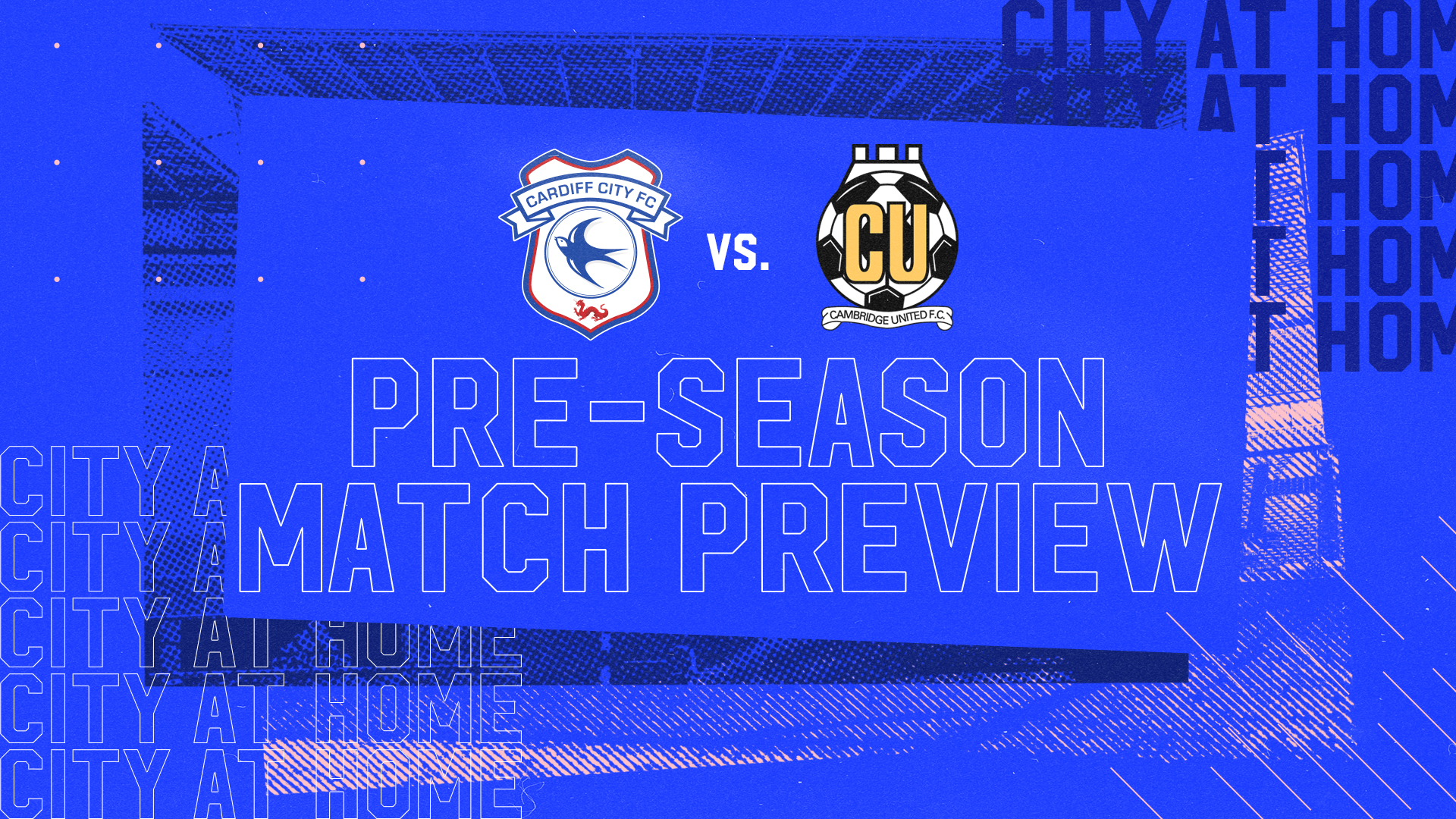 Cardiff City host League One outfit Cambridge United on Saturday, July 9th, 2022 in the Bluebirds’ first pre-season fixture ahead of the 2022/23 campaign.

The contest will take place at Cardiff International Sports Stadium, with kick-off at 1pm.

Get your tickets here.

Alternatively, you can watch the clash live on Cardiff City TV for just £3! Click here for more information.

Opposition Focus | In the dugout

Cambridge United, who play at the Abbey Stadium, are managed by Mark Bonner, who took on the role in March 2020 having held a number of coaching positions with the club’s Academy and First Team.

Bonner was made to wait for his competitive debut in management due to the curtailment of the 2019/20 season, but took charge of his first game on the touchline in some style, by knocking Birmingham City out of the Carabao Cup in September 2020.

Bonner’s first full season in management was hugely impressive, sealing a second-placed finish in League Two to earn the club’s first promotion to the third tier since 2002.

Last term, United fought to a respectable 14th placed finish and were notably undefeated in their two fixtures against eventual League One champions, Wigan Athletic.

United boss Bonner bolstered his goalkeeping options back in May with the signing of 20-year-old James Holden, following his departure from Championship club Reading.

Bonner opted for Bulgarian shot-stopper Dimitar Mitov as his first-choice between the sticks last season, with Will Mannion providing backup.

With the acquisition of Holden on a two-year deal, United have added further depth to their goalkeeping department.

At the other end of the pitch, the U's added forward Saikou Janneh to their ranks in late June. Janneh joined the club from Bristol City, having spent time on loan with Newport County and Shrewsbury Town in recent seasons.

Cambridge’s star performer last season was striker Sam Smith, who excelled in his first campaign with the club.

The 24-year-old, who signed from Reading, netted an impressive 17 goals for the U’s, averaging a goal every 207 minutes.

Smith formed a formidable partnership with fellow attacker Joe Ironside, who contributed with 15 goals, as well as recording five assists.

Ahead of his second season at the Abbey Stadium, the striker will be hoping to replicate the success of his first campaign.

The last time the Bluebirds faced off against Cambridge United in competitive action was back in February 2002.

In front of 10,182 fans at Ninian Park, Lennie Lawrence’s City put in a brilliant display to earn a comfortable 2-0 victory.

Graham Kavanagh’s quality proved to be the difference between the two sides, netting both goals for the Bluebirds.

It was a prolific campaign for the former Republic of Ireland international, who accumulated a fine tally of 15 goals in all competitions, his best in a City shirt.

The victory over Cambridge in the 2001/02 season was one of many impressive City performances, on the way to a fourth placed finish.

Despite losing out to Stoke City in the Play-Offs, the season proved to be a springboard for the following campaign, in which the Bluebirds secured promotion to Division One.