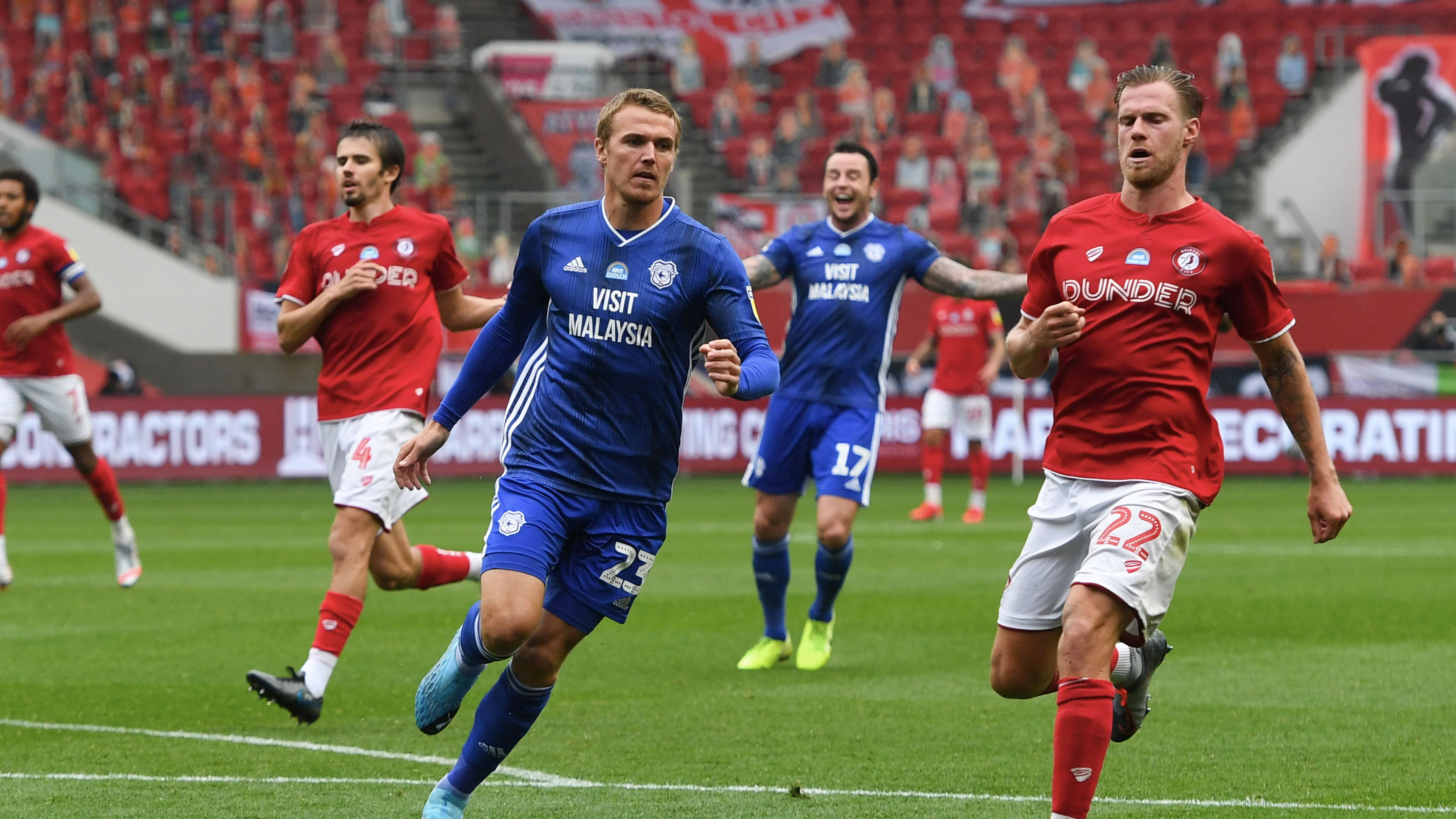 City's No.23 met a through ball from fellow substitute Lee Tomlin first time, firing the Bluebirds to victory.

Neil Harris made three changes to the side that drew with Charlton Athletic in midweek. Robert Glatzel missed out entirely after his head injury against the Addicks with Callum Paterson starting, and Danny Ward returning to the subs bench. Junior Hoilett & Will Vaulks also came in - Junior replacing Albert Adomah following the conclusion of his loan, and Will starting in place of Marlon Pack, who was named one of nine substitutes.

The hosts came out quickly, but Dion Sanderson made a smart block to deny Nakhi Wells’ close range header with four minutes gone. The Bluebirds quickly grew into the match, trying to feed the lively Paterson in attack.

City had the better of the opening 45 minutes with last gasp blocks from the hosts defence stopping efforts from Sanderson, Nathaniel Mendez-Laing, Junior Hoilett and Joe Ralls.

The three points were hugely important to both teams as well as the usual derby bragging rights - and this showed in a tight game.

The Bluebirds came close to opening the scoring after 53 minutes. Following a neat interchange down the left between Ralls, Joe Bennett and Hoilett, the Canadian international set up Will Vaulks just outside the area. The former Rotherham man saw his powerful strike tipped over by Daniel Bentley.

Lee Johnson’s side had opportunities of their own to take the lead. Bermudian Nakhi Wells found space behind the Bluebirds defence with 67 minutes gone, but his volley at goal was expertly tipped wide by in-form City goalkeeper Alex Smithies.

Bristol City substitute Filip Benković’s had a clear sight of goal after 81 minutes. The 6’4 central defender met Jamie Paterson’s corner kick with a free header, but directed his effort wide of goal.

This missed opportunity was punished by Harris’ side within four minutes as Cardiff City took the lead. Lee Tomlin held off Benik Afobe in the centre circle before freeing fellow sub Danny Ward in attack. City’s No.23 fired an effort first time with his left foot with the ball nestling just inside the post to give the Bluebirds the lead.

Sol Bamba made his fifth appearance of the Championship season late on, replacing Hoilett, and he made an impact in a newly formed five man defence. The Ivory Coast international on hand with two clearances off the goal-line in added time. The final chance came when Robins’ on-loan defender Benković tried his luck acrobatically in the fifth minute of six added on, but could only hit the side netting.

The Bluebirds seeing out another clean sheet, and securing all three points at Ashton Gate.