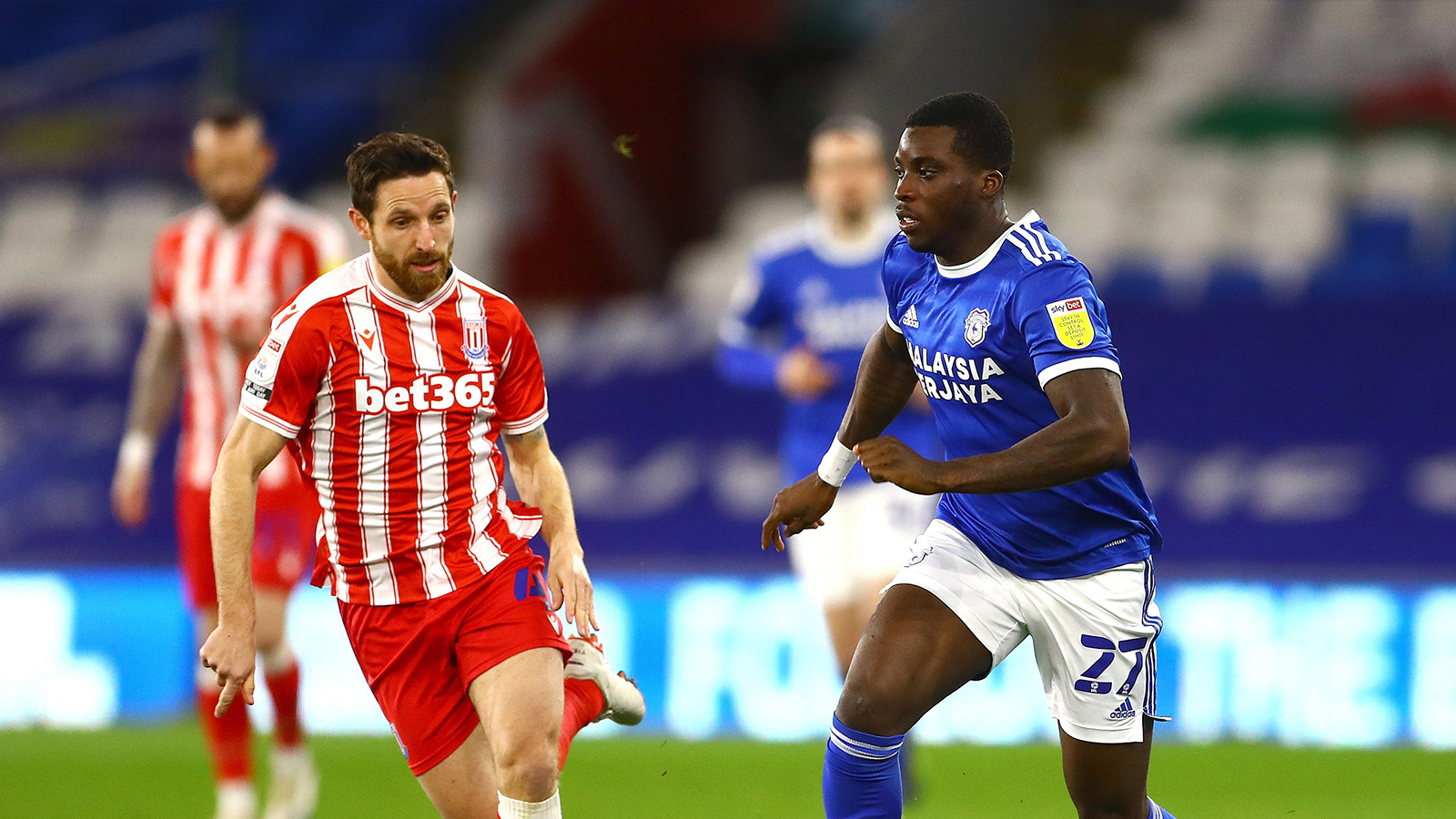 The Bluebirds and the Potters played out a goalless draw at Cardiff City Stadium on Tuesday evening.

City were forced to settle for a point following a scrappy encounter, though both sides enjoyed chances to open the scoring late in the match.

After facing Watford on the weekend, City boss Mick McCarthy made four changes to his starting eleven. Tom Sang came into the side for his first league start at Cardiff City Stadium, with Marlon Pack replacing Joe Ralls in midfield. In attack, Leandro Bacuna and Sheyi Ojo came in for Harry Wilson and Josh Murphy.

Adopting a similar five-man defence to the Bluebirds, it was Stoke who enjoyed the first clear-cut opportunities of the match. After 12 minutes, Scottish striker Steven Fletcher forced a fine low save from Dillon Phillips; the ball rebounded back out to Jordan Thompson, though his follow-up effort was blocked on the goal line by Perry Ng.

Eight minutes later, the Potters spurned an excellent chance to open the scoring. Picking up on a loose ball, Fletcher did well to create space and neatly feed Nick Powell, who raced into the area unmarked. The former Manchester United midfielder struck a first time, side-footed effort which should have found the back of the net, but the ball curled wide of the post to keep the scoresheet blank.

Leandro Bacuna showed energy and attacking intent with a number of first-half efforts, including a low strike just after the half hour mark. Following a darting burst into the box from midfield, the Curaçao international’s drive was blocked by Stoke goalkeeper Adam Davies, who eventually held the ball after an initial spill.

In first-half stoppage time, the Bluebirds had their best opportunity of the opening 45 minutes. From a dangerous position, Will Vaulks whipped in a delightful free-kick, with Sean Morrison and Aden Flint waiting to pounce. The skipper came closest to connecting, throwing his body towards the ball, but was unable to turn it home, with the half-time whistle sounding shortly afterwards.

There were few chances inside the opening fifteen minutes of the second half, with City going closest on the hour mark. From a long throw-in, Kieffer Moore connected with the loose, bouncing ball, but could not keep his effort underneath the crossbar. The striker had another excellent opportunity twenty minutes later, created by Bacuna and substitute Jonny Williams. The Welshman was fouled after driving forward, with Bacuna picking out a clever pass to set Moore free. Unfortunately, the striker’s touch was a heavy one, sending the ball into the grateful arms of Davies in the Stoke net.

The Welsh striker found himself in a similar position two minutes later, following an accurate ball over the top of the Stoke defence. In behind, Moore attempted a first-time volley with his left foot, which narrowly skipped past the near post on its way out of play.

Both sides had late chances to steal a winner as the clock ticked down, but neither side could capitalise. Inside the Stoke box, goalkeeper Davies almost handed City the win, misjudging his attempt to catch a looping cross and diverting the ball just behind his own upright. At the other end, midfielder Joe Allen struck the woodwork for the Potters, sneaking into the box before heading firmly against the crossbar.

The full-time whistle confirmed that the points would be shared between the two sides, with both teams ruing their late misses and settling for a point. The Bluebirds will now prepare for the South Wales derby on Saturday evening, with Mick McCarthy’s men facing Swansea City at 5:30pm on March 20th.