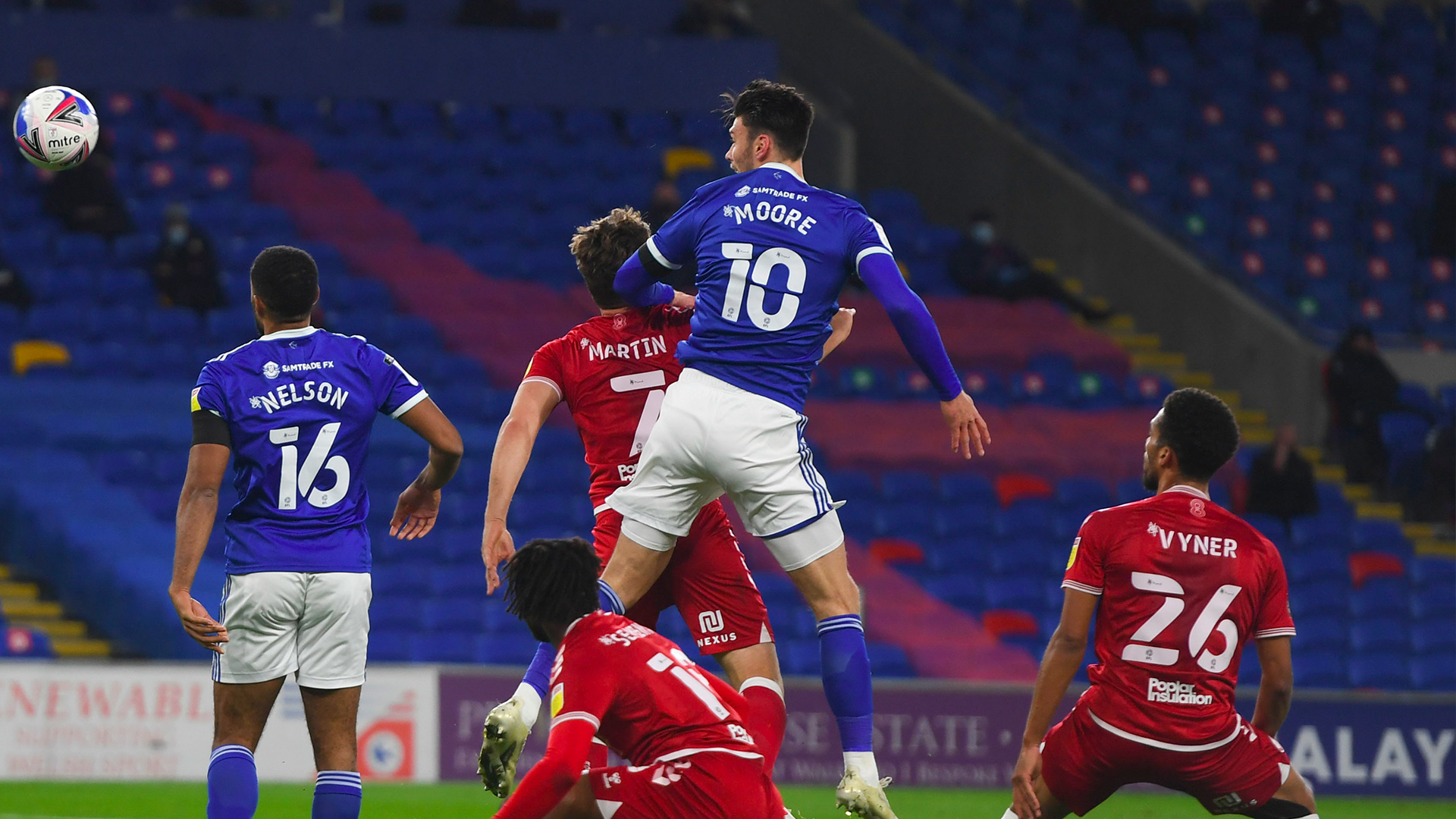 Cardiff City slipped to a 1-0 defeat to Bristol City on Friday evening at CCS.

Chris Martin's early goal decided the contest despite a series of opportunities for the home side.

The Bluebirds were dealt an early blow in the Severnside Derby as the visitors took the lead inside two minutes. Antoine Semenyo found space out wide before squaring for Martin to tap home from close range.

City looked for an instant response and soon began to create a succession of chances.

The home side began to stamp some authority on the game and looked the side more likely to score next.

Leandro Bacuna, joining the attack from right-back, forced Daniel Bentley into an awkward low save, while Moore again went close. This time, City's number ten powered his header over from inside the six-yard box.

The Bluebirds had an excellent chance to equalise on the hour mark, as Bennett's cross was met by the on-rushing Harry Wilson, whose downwards header was palmed away by Bentley.

At the other end, Callum O'Dowda's effort from the edge of the box looked goal-bound, were it not for a timely block from Curtis Nelson.

Some superb interplay from Harris' men almost had them level, as a flowing passing move saw Junior Hoilett knock the ball down for Ralls to hook just over.

And with five minutes to play, Bennett's cross again found the head of Moore in the area, only for Bentley to pull off another save and keep the Bluebirds off the score-sheet.

The full-time whistle called an end to the Bluebirds' hopes of successive home victories. They'll next travel to face Millwall at The Den following the November international break.