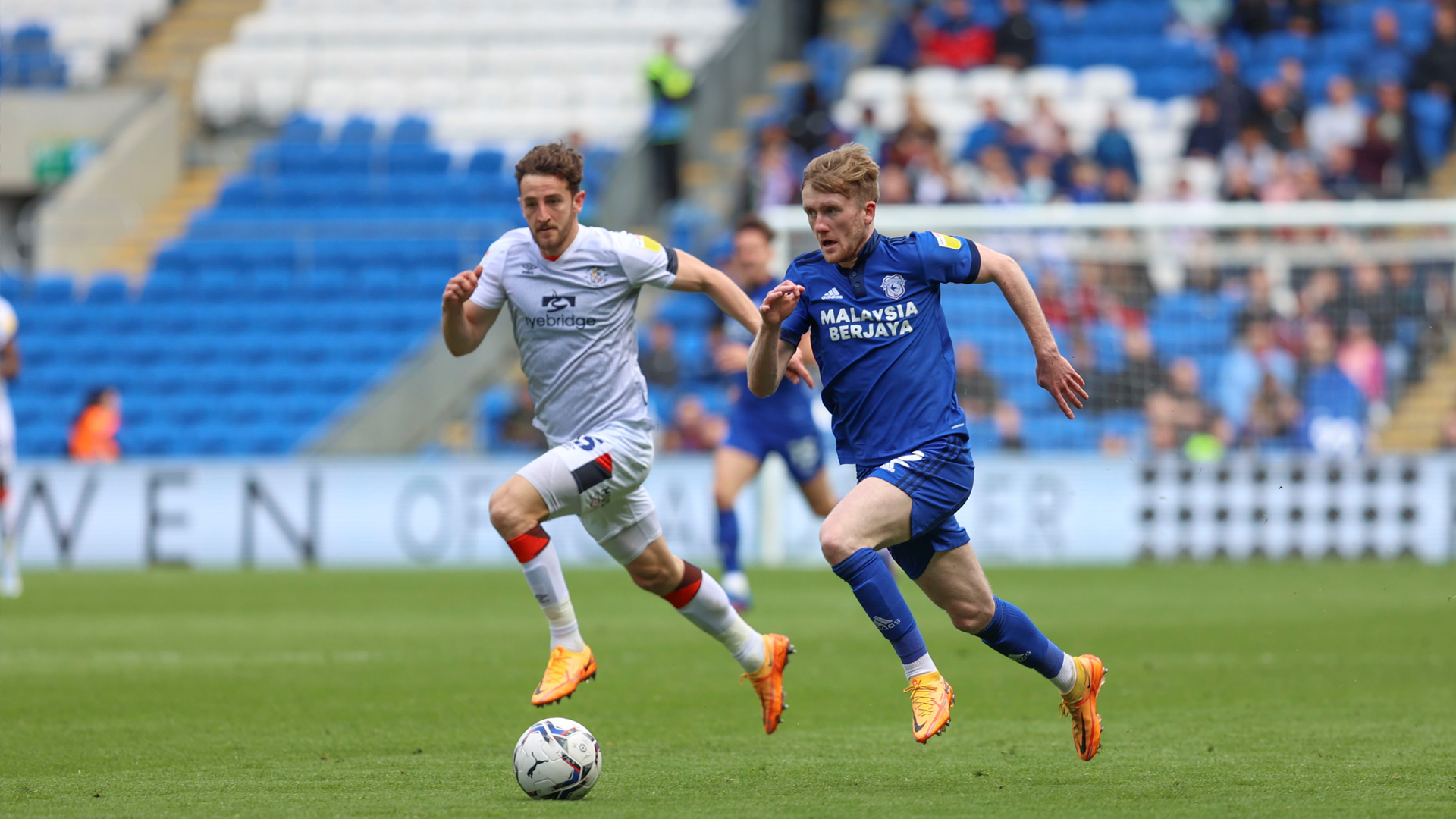 Substitute Harry Cornick’s second-half header was enough to secure all three points for the Hatters.

Boss Steve Morison made six changes to the side were defeated by Hull City last time out, with Curtis Nelson, Perry Ng, Tommy Doyle, Alfie Doughty, Rubin Colwill and Jordan Hugill coming into the starting XI.

The visitors forced an early chance through Robert Snodgrass’ dangerous free-kick delivery, which was headed narrowly over the woodwork by left-back Dan Potts. Former Scotland international Snodgrass was again involved in another Hatters attack, finding winger Fred Onyedinma, who fired just wide of the post.

Nathan Jones’ side’s captain, Kal Naismith, also went close, cutting inside before firing an effort just over the woodwork from the edge of the box. City responded well, as a swift break led by Doyle resulted in Colwill finding space to cross, only for his delivery to just evade Hugill. In another Bluebirds chance, a dangerous cross from left-back Joel Bagan found Colwill free at the back post, but the Wales international fired over from close-range.

As City pushed for an opener, a shrewd corner delivery from Doyle found Ryan Wintle free on the edge of the box, but the midfielder couldn’t quite direct his effort goalwards. The Bluebirds had a huge chance to open the scoring before the interval, as Doyle drove forward and played Hugill through, only for the striker to be denied by goalkeeper James Shea, who ensured the score was goalless at the break.

City goalkeeper Dillon Philips produced a fantastic save at the start of the second-half, getting a strong hand to Snodgrass’ powerful effort at goal. Phillips’ fine stop buoyed the Bluebirds, who looked dangerous on the counter-attack, as Doyle raced through and squared to substitute Isaak Davies, whose close-range effort was over the woodwork.

With a City substitute going close, a replacement for the Hatters also had an opportunity to open the scoring, with winger Cornick curling dangerously towards goal, as his effort flew just over. Fellow substitute Peter Kioso almost made an instant impact for the Hatters, as his cross almost found its way into the net, but Phillips claimed the loose ball.

The visitors took the lead in the 72nd minute, as Snodgrass’ cross was headed into the bottom corner by Cornick. City pushed for an equaliser late on, as Will Vaulks’ cross into the area was headed goalwards by Curtis Nelson, only for Harry Isted to claim. In added time, the ball dropped to Davies on the left side of the area, who curled an effort over the woodwork.

Despite late pressure, the visitors held on to claim all three points. The Bluebirds return to league action this weekend, travelling to Sheffield United’s Bramall Lane on Saturday 23rd April, 3pm KO.