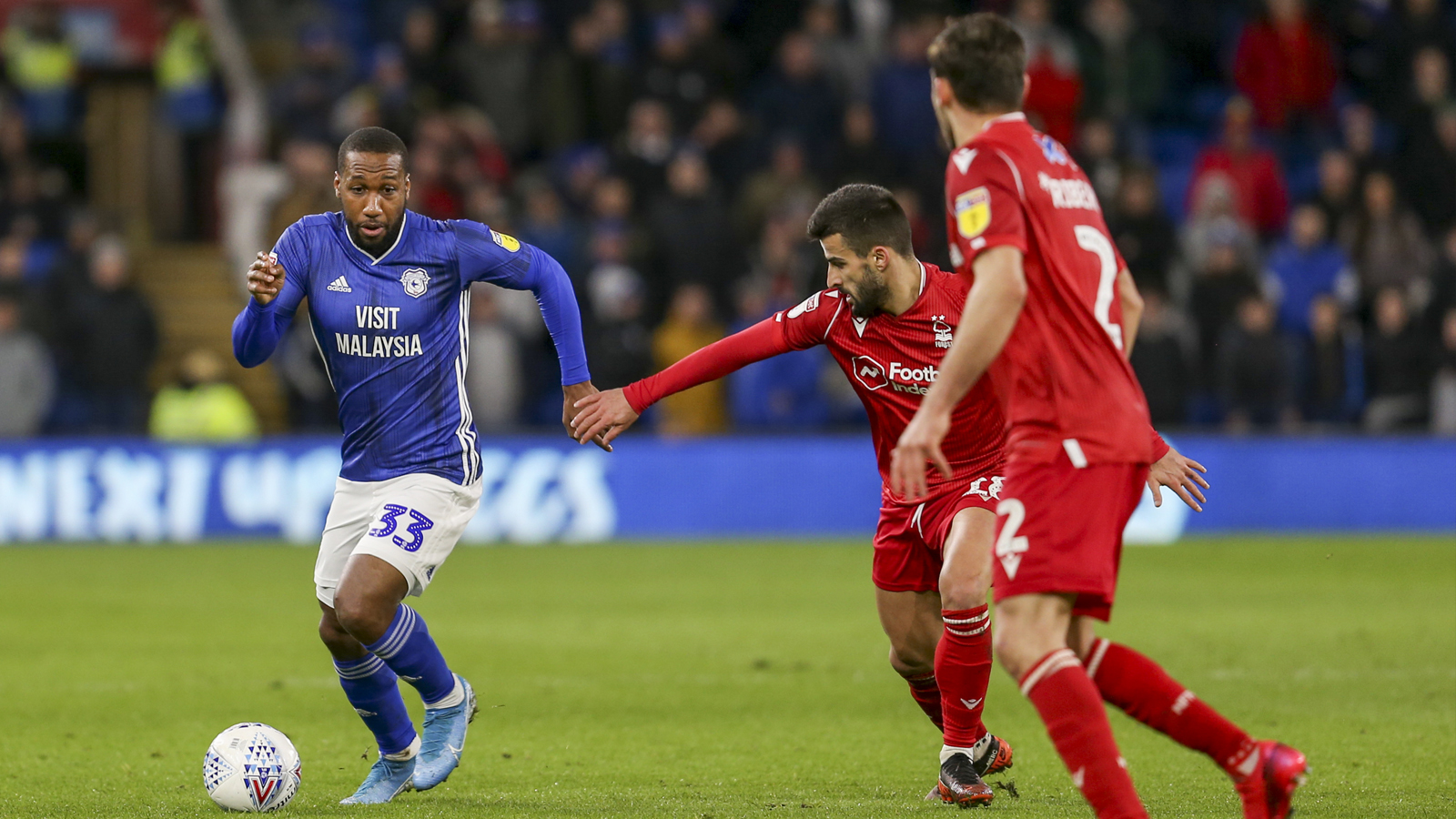 Cardiff City fell to a defeat against Nottingham Forest at Cardiff City Stadium in the Sky Bet Championship on Tuesday evening.

Neil Harris made three changes from last time out as Junior Hoilett and Robert Glatzel started, along with Dion Sanderson, who made his debut for the Bluebirds.

Forest had the first effort of the game after three minutes, with Tiago Silva’s finessed attempt from just outside the area being deflected wide by Marlon Pack.

The Bluebirds went on to produce numerous waves of attack and troubled the away goal in the early moments of play. Josh Murphy’s curling free-kick off the left wing travelled towards goal and Sean Morrison jumped in an attempt to header, but Brice Samba punched clear.

City’s attacking pressure continued and goalkeeper Samba was forced to save again, one minute later. Will Vaulks’ cross from the right wing found Callum Paterson, whose header on target was gathered.

Threatening Cardiff City came close to the opener with two minutes of the opening 45 remaining. Midfielder Vaulks’ long throw from the right found its way onto the head of winger Hoilett and 25-year-old Samba jumped to gather.

After the interval, it took four minutes for the opener to be scored. Midfielder Silva met Lewis Grabban’s cross and tapped into the top right corner from close range.

The Bluebirds hunted for the leveller and had an opportunity after 65 minutes. 26-year-old Vaulks’ cross from the right flank reached City’s No.33 Hoilett near the back-post, but his volley travelled wide.

Danny Ward looked to make an impact and troubled the Forest defence, ten minutes later. The substitute latched onto the end of Joe Ralls’ long ball on the area’s left, before striking into stopper Samba’s arms from an acute angle.

City had another attempt at goal only moments later. 29-year-old Hoilett ambitiously attempted from distance off the left wing, but the finessed effort was caught by leaping Samba.

The hosts continued to look for an equaliser and had two opportunities with minutes of the 90 remaining. Striker Glatzel’s low curler from just outside the area was tipped wide, before Curtis Nelson’s strong strike off the resulting corner flew agonisingly astray of goal.

Despite the Bluebirds’ determined efforts to level the score, Nottingham Forest went on to secure three points as the final whistle blew at CCS.