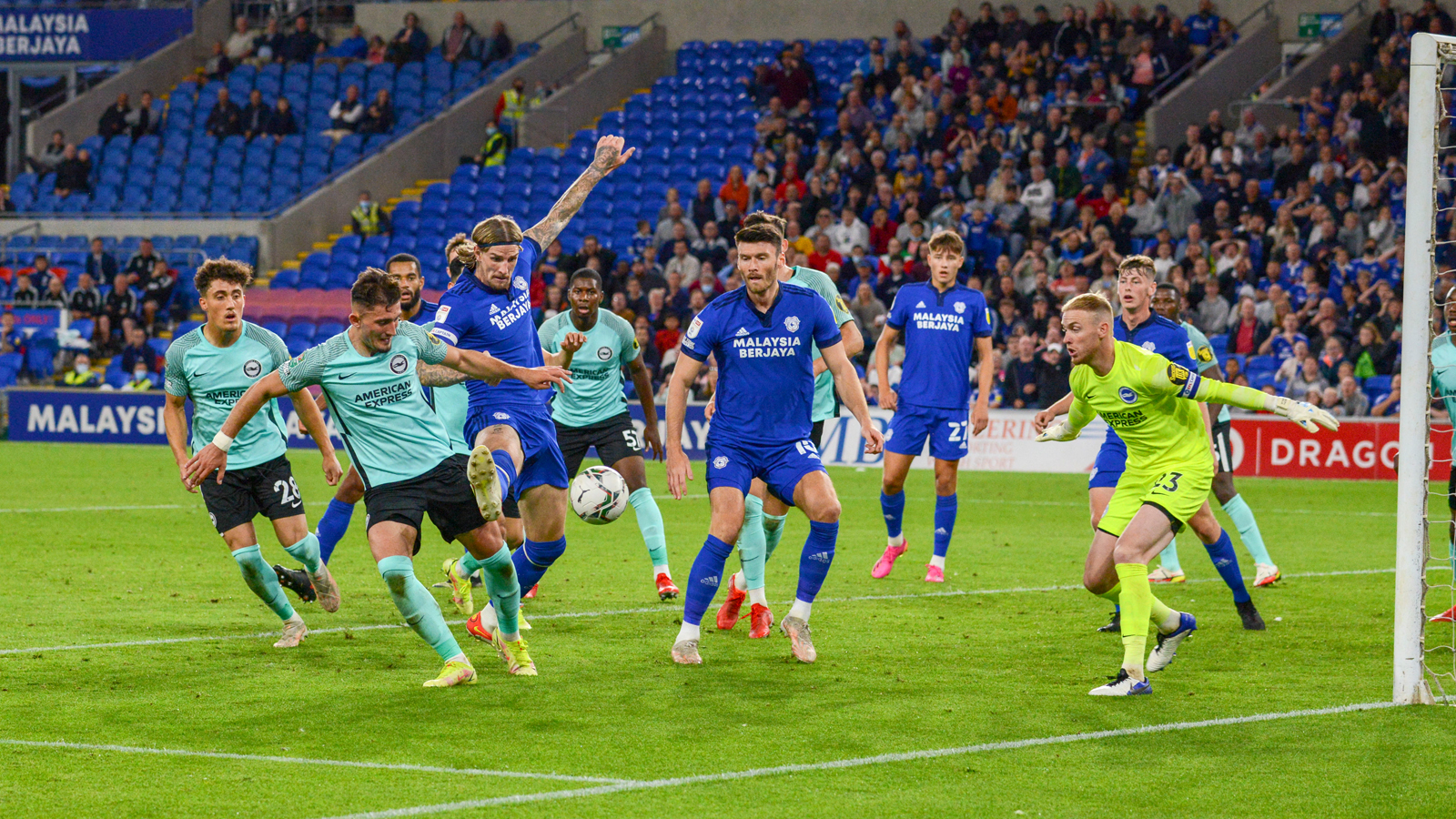 Cardiff City exited the Carabao Cup in Round Two following a 2-0 loss to Brighton & Hove Albion at Cardiff City Stadium on Tuesday evening.

Despite a battling effort, the hosts couldn’t find a goal. Mick McCarthy handed full competitive debuts to Sam Bowen and Tavio D’Almeida against the Premier League side.

The Bluebirds dominated possession in the opening minutes before the visitors opened the scoring with nine played. Jakub Moder latched onto a ball played in behind the defence before finishing past the onrushing Alex Smithies.

City responded in attacking fashion and neared a leveller on two occasions, six minutes later. Perry Ng’s effort was deflected onto the net’s roof and Aden Flint headed agonisingly wide from the resulting corner, taken by Will Vaulks.

Play tightened and chances became a rarity but the hosts crafted another with 41 minutes played. Midfielder Vaulks delivered a dangerous free-kick towards the back post and Flint stormed forward, but couldn’t reach it.

After the interval, it took just two minutes for the Bluebirds to come close. 27-year-old Vaulks produced a terrific cross from the right flank and James Collins hammered a header on target, with Jason Steele saving.

City continued their attacking pressure and neared again after 52 minutes. Perry Ng volleyed the ball into the path of Ryan Wintle who diverted it just astray of the left post.

It was the Seagulls to net next though, three minutes later. Andi Zeqiri stroked the ball into the far corner from just inside the area.

Cardiff City went down the other end and came close to getting one back with 59 minutes on the clock. Josh Murphy’s fizzing cross was headed into the ground and onto the crossbar by striker Collins.

The Bluebirds then came their closest of the game, 16 minutes later. Vaulks’ corner was met by centre-back Flint and his header was kept out well by stopper Steele. 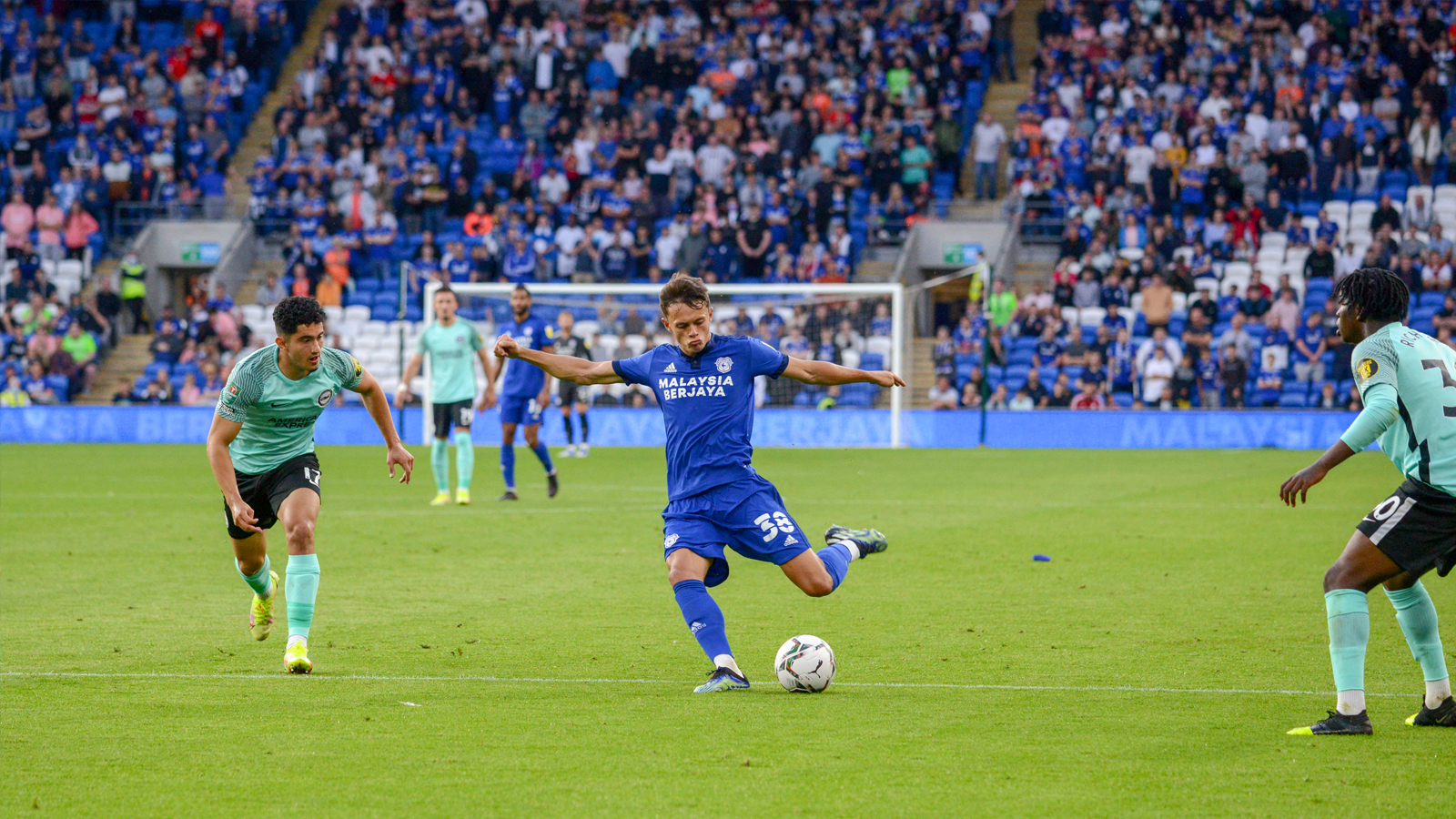 City troubled goalkeeper Steele again with six minutes of the 90 remaining. Kieffer Moore cut inside off the left wing before seeing his deflected effort gathered.

The home side’s final opportunity came in added time. Wing-back Ng spotted Steele off his line and attempted to loft home but the away side’s captain made a fingertip save, before the final whistle blew, with the visitors progressing to Round Three of the Carabao Cup.