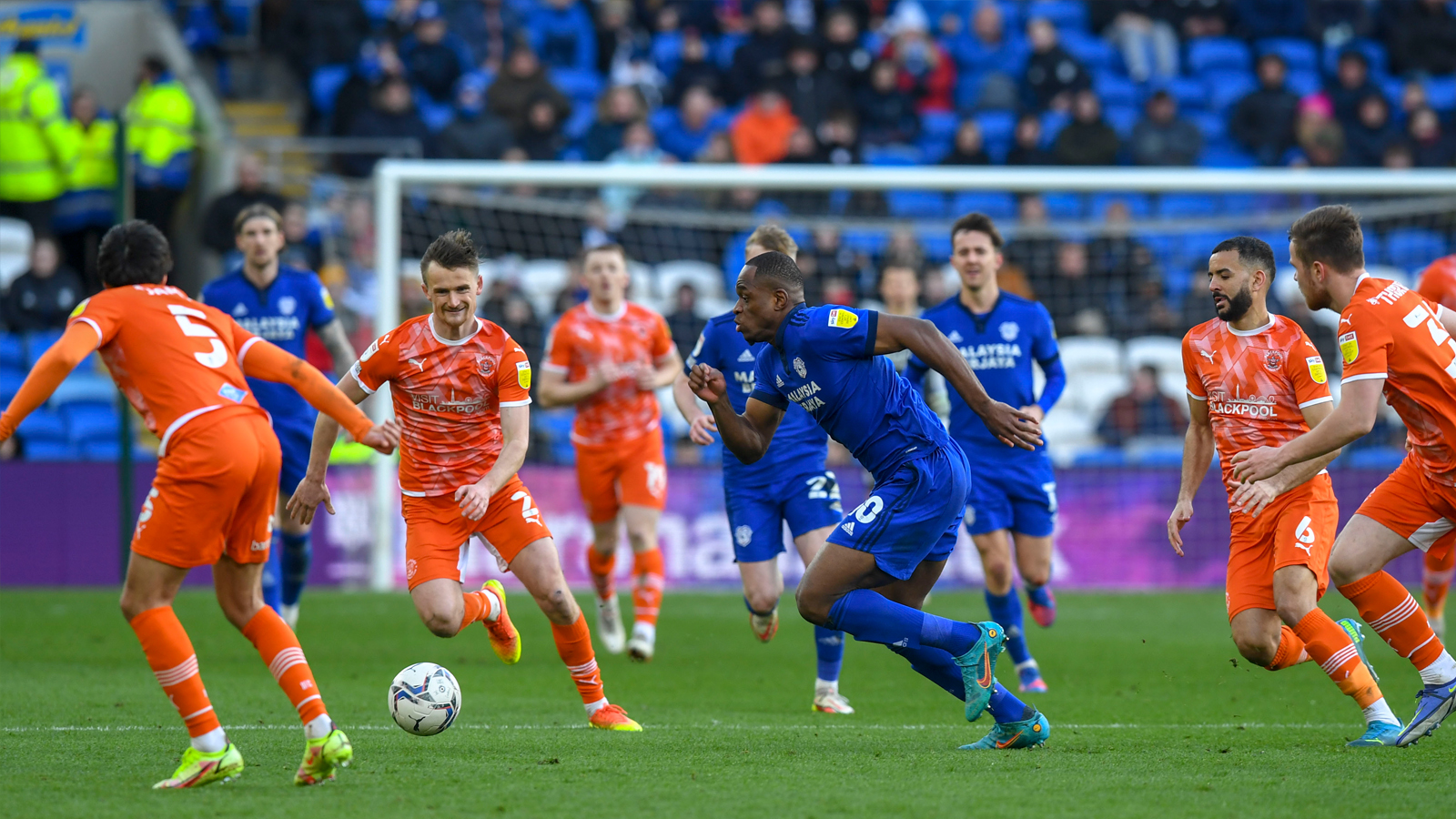 Cardiff City came from behind to earn a 1-1 draw at Cardiff City Stadium on Saturday afternoon.

Joel Bagan’s third goal in three consecutive games brought the game level and added another point to the board for City.

Steve Morison made two changes from the 2-0 midweek victory over Coventry City as Jordan Hugill and Tommy Doyle started.

The Bluebirds got off to a strong start and the windy conditions played their part after seven minutes. Cody Drameh’s cross from the right flank blew towards goal and Daniel Grimshaw had to tip the ball over.

It was the visitors who took the lead though, four minutes later. Charlie Kirk’s cross was headed in by Marvin Ekpiteta at close range.

With the swirling wind adding effect, Alex Smithies was forced into a terrific stop with 18 minutes played. Winger Kirk finessed the ball on target from the left flank and the goalkeeper palmed it over the crossbar.

After the interval, it took just four minutes for the Bluebirds to level. Right-back Drameh’s shallow cross was struck home by left-back Bagan, the 20-year-old securing his third senior goal.

Play then tightened as both sides hunted the lead and Blackpool had the next real opportunity after 62 minutes. Kevin Stewart’s strike from near the area was comfortably kept out by stopper Smithies.

It then took until the 81st minute for City to create a chance for the lead. Captain Ekpiteta headed as far as Will Vaulks, whose effort travelled astray of goal.

Cardiff City continued to battle and with one minute of the 90 remaining, nearly came up with a winner. Scorer Bagan went past midfielder Stewart before hammering towards the near post’s inside, but goalkeeper Grimshaw saved.

That proved to be the final opportunity of the encounter and the teams went away with a point apiece.