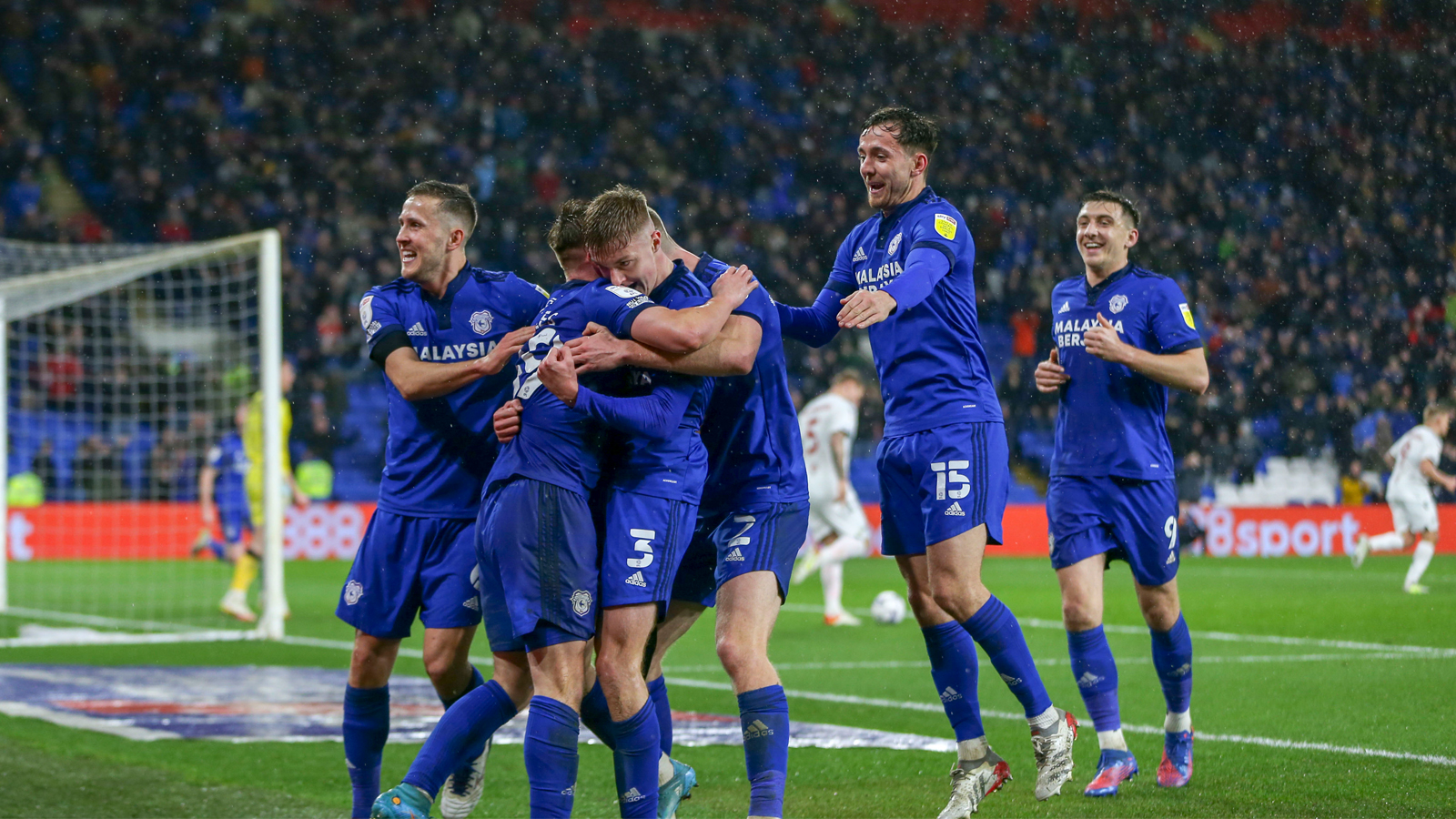 Left-back Joel Bagan’s brilliant strike for his second goal in as many games, as well as substitute Mark Harris’ clinical finish was enough to secure all three points.

Boss Steve Morison made four changes to the side that were defeated by Millwall last time out, with Will Vaulks, Max Watters, Isaak Davies and Eli King coming into the starting XI, the latter for his first Sky Bet Championship start.

City went close to an early opener, as Bagan’s excellent delivery was headed goalwards by Watters, only to be collected by former Bluebird Simon Moore. The visitors responded well and had a spell of possession with playmaker Callum O’Hare crossing towards winger Jordan Shipley, who miscued his effort at the back post.

Coventry continued to pose a danger through O’Hare, who found space in the box to square across goal, but captain Aden Flint was perfectly positioned to clear. In another attack led by O’Hare, the midfielder drove forward, before striking wide of Alex Smithies’ left post.

Mark Robins’ side went close through Shipley, who met a delivery at the back post, only to header straight at Smithies. The Bluebirds replied with a great counter-attack, which led to Watters beating the offside trap to find space to shoot in the box, forcing a fine save from Moore.

Shortly before the break, Flint headed a corner back across goal for Wales international Vaulks, who struck a powerful effort wide of the post, as a goalless first-half came to a close.

City created a great opportunity at the start of the second period, as right-back Cody Drameh led a swift counter-attack and squared to striker Jordan Hugill, whose close-range effort was saved by Moore. The visitors also had a chance to break the deadlock with a free-kick in a dangerous position, but the City wall stood tall to deny Todd Kane’s effort at goal.

In a positive spell for the Bluebirds, a delivery into the area was headed out to Flint, who struck a powerful effort just over the woodwork. As the Sky Blues responded with a chance, right-back Kane crossed dangerously into the area for Jake Bidwell, whose header was dealt with comfortably by Smithies.

As City pushed forward in search of the opening goal, Morison’s men found the breakthrough in the 72nd minute, as Joel Bagan cut inside to beat Ben Sheaf and struck brilliantly into the bottom corner to break the deadlock. The visitors reacted well to falling behind, as O’Hare’s dangerous cross found Viktor Gyökeres at the back post, whose header was denied by an incredible save from Smithies.

Despite the chance for the Sky Blues, City were buoyed from going ahead and looked for a second goal, as Vaulks fired a low drive at goal, forcing a save from Moore. Substitute Harris made an instant impact off the bench, as he cut inside from the right and struck accurately into the bottom corner in the 87th minute to seal all three points for the Bluebirds.