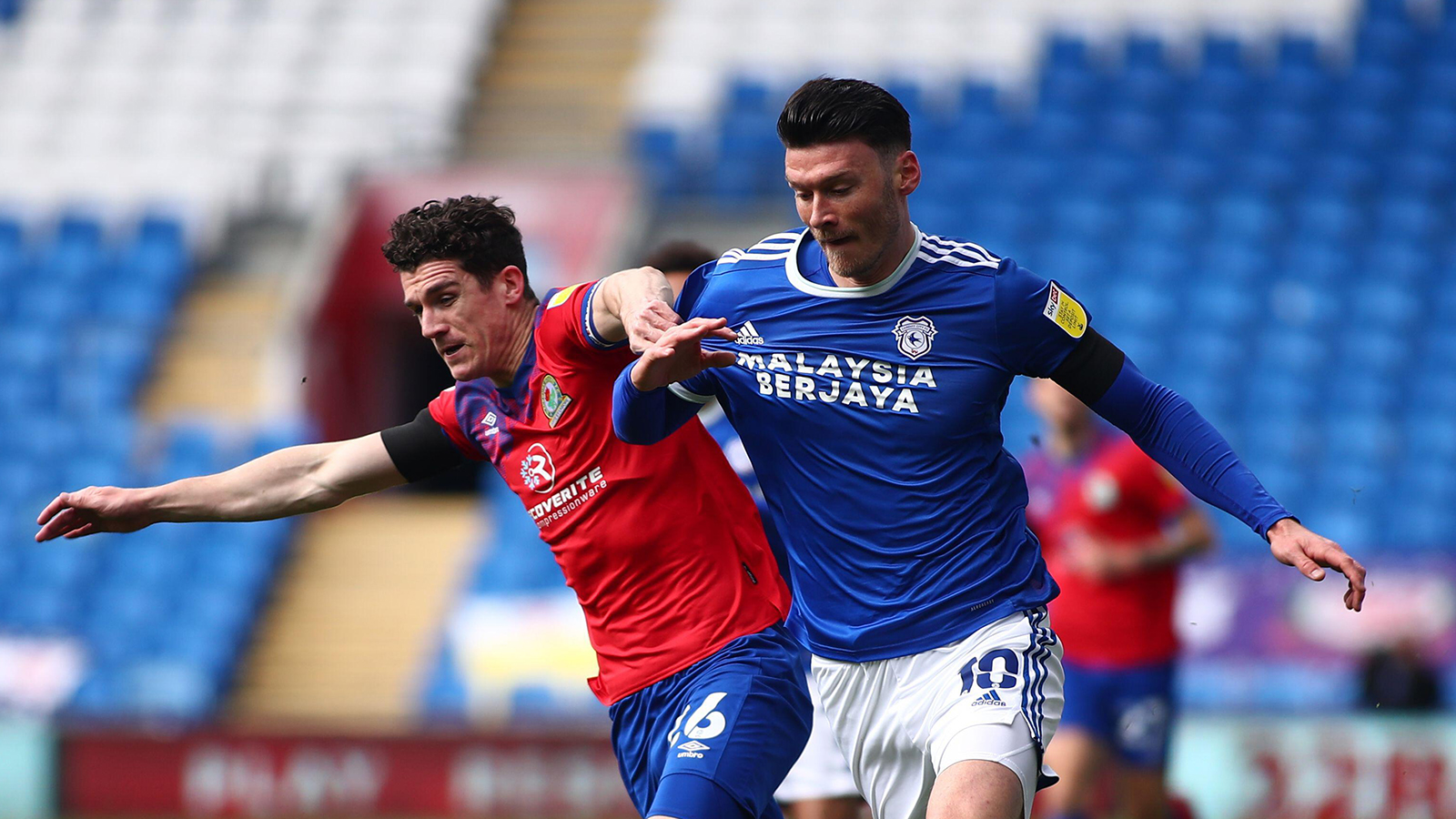 Adam Armstrong’s late leveller forced the Bluebirds to settle for a point against Blackburn Rovers on Saturday afternoon.

Will Vaulks opened the scoring before Armstrong’s first equaliser and Joe Ralls’ second half strike was cancelled out by the Rovers forward in the final minutes.

Bluebirds boss Mick McCarthy made four changes to his starting eleven to face Tony Mowbray’s men, with Alex Smithies starting between the sticks ahead of Dillon Phillips. Perry Ng also returned to the lineup, with Josh Murphy and Harry Wilson joining Kieffer Moore at the top of the pitch.

Both sides enjoyed early chances to take the lead, with Blackburn’s main attacking threat Armstrong firing wide of the upright inside the first minute of the match. At the other end, Welsh international Moore showed excellent footwork to stride past three Rovers defenders, but was unable to get his shot away under pressure.

A key moment occurred after 19 minutes, with fellow Welshman Wilson involved. The winger strode forward and poked the ball past Blackburn goalkeeper Thomas Kaminski, who, stranded outside of his area, sent Wilson tumbling to the ground. The referee was quick to show the Polish stopper a yellow card, despite the protests of several City players.

Moore and Wilson linked up well once again soon afterwards, with the latter curling the ball over the ball following a neat lay-off on the edge of the area. However, with Moore fouled in the build-up, the Bluebirds were awarded a free-kick in a dangerous position on the edge of the box. With all eyes on Wilson, City deployed a clever set-piece routine, which saw the winger back-heel the ball to the waiting Will Vaulks, who duly fired the ball past the unsuspecting wall and into the bottom corner, giving the Bluebirds the lead. 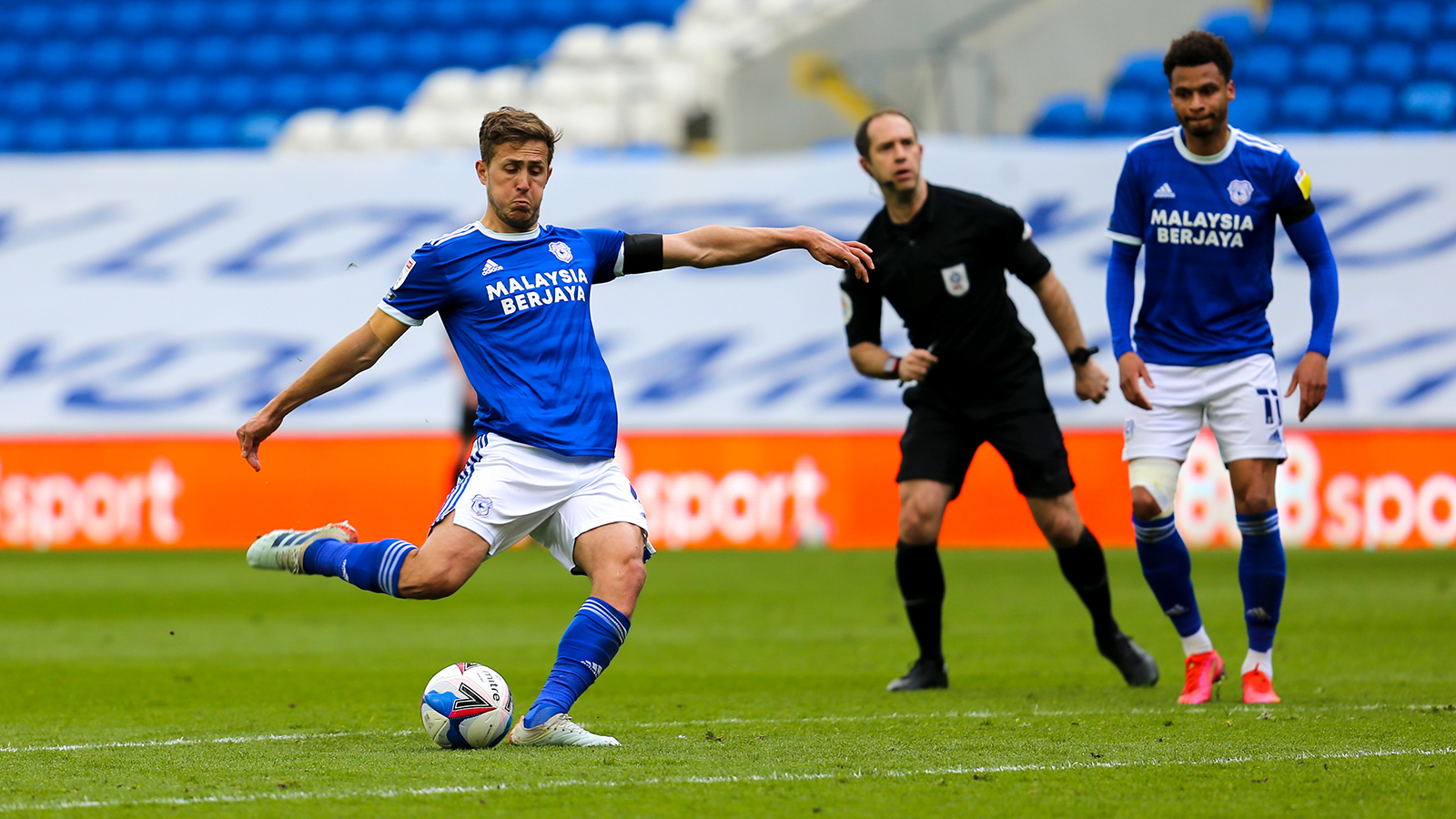 Blackburn created several chances in the final fifteen minutes of the first half, and got their reward through former Newcastle United man Armstrong. The forward made space inside the box, twisting and turning past Ciaron Brown before sneaking an effort past Smithies and into the back of the net, sending the two teams into the interval with the scores level.

The visitors struck the woodwork on several occasions in the second half, with Sam Gallagher at the heart of the action. Five minutes after play resumed, the striker drove a fierce effort on goal which hit the near post, and then found the side netting with a follow-up effort moments later. Just after the hour mark, Bradley Johnson also hit the upright, controlling well inside the box before striking the post. Barry Douglas experienced similar frustration minutes afterwards, clipping the crossbar with a delicate free-kick.

However, unfazed by the attacking pressure of the visitors, City stormed down the pitch and regained the lead through the recently introduced Joe Ralls. Storming into the box, the midfielder applied a smart finish with his right foot, squeezing the ball between the legs of Kaminski for his 5th goal of the campaign. 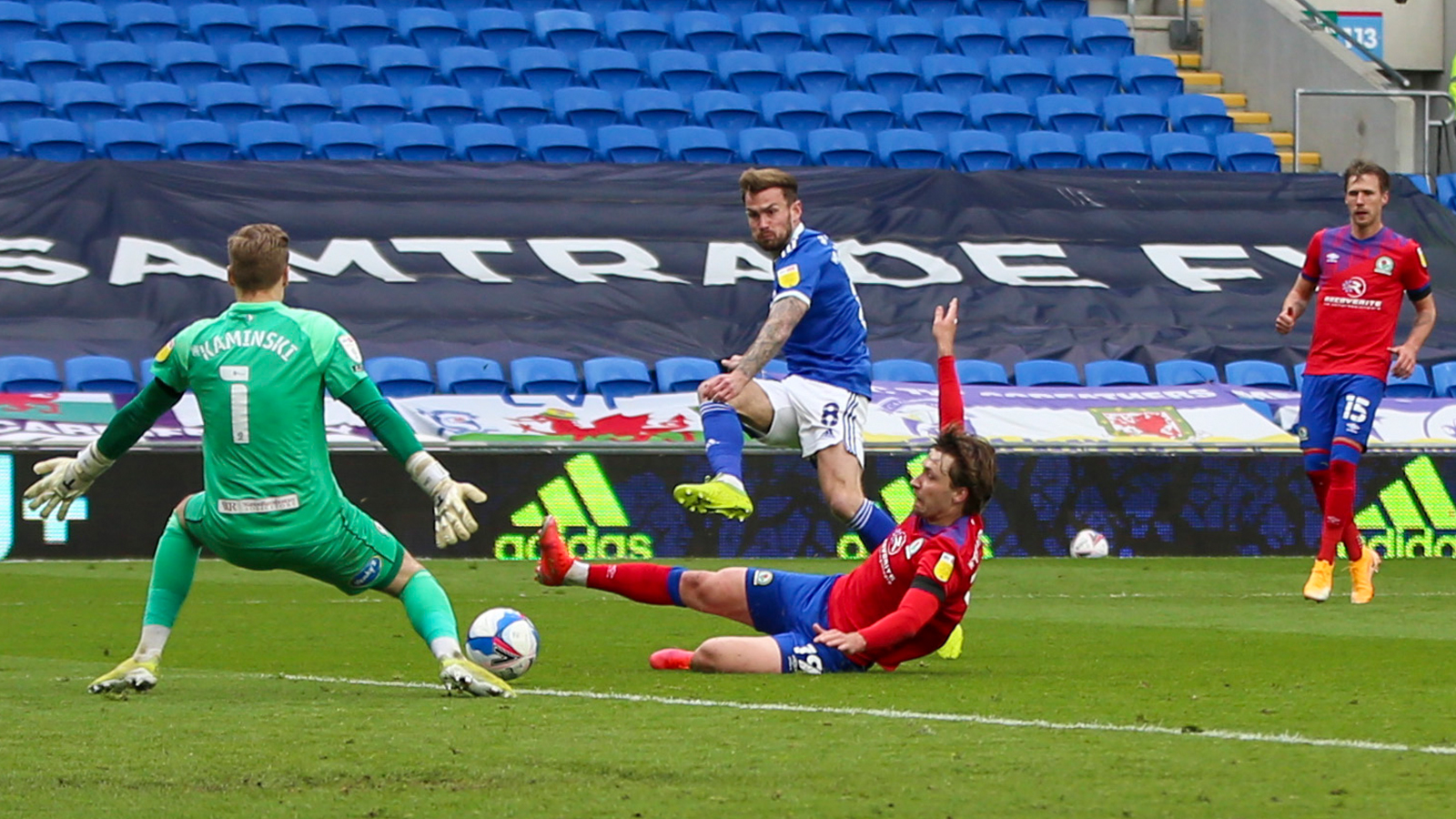 With the minutes passing by, Blackburn made five substitutions in the hope of salvaging a draw, which they managed as the clock ticked into injury time. The impressive Armstrong collected the ball outside the City area and weaved his way towards goal. The striker kept his cool to dispatch his 21st strike of the season, earning his side a draw late in the day.

The full-time whistle indicated that the spoils would be shared between the two teams at the end of an exciting encounter. Next up for the Bluebirds is a trip to the Madejski Stadium to face Reading at 6pm on Friday, April 16th.