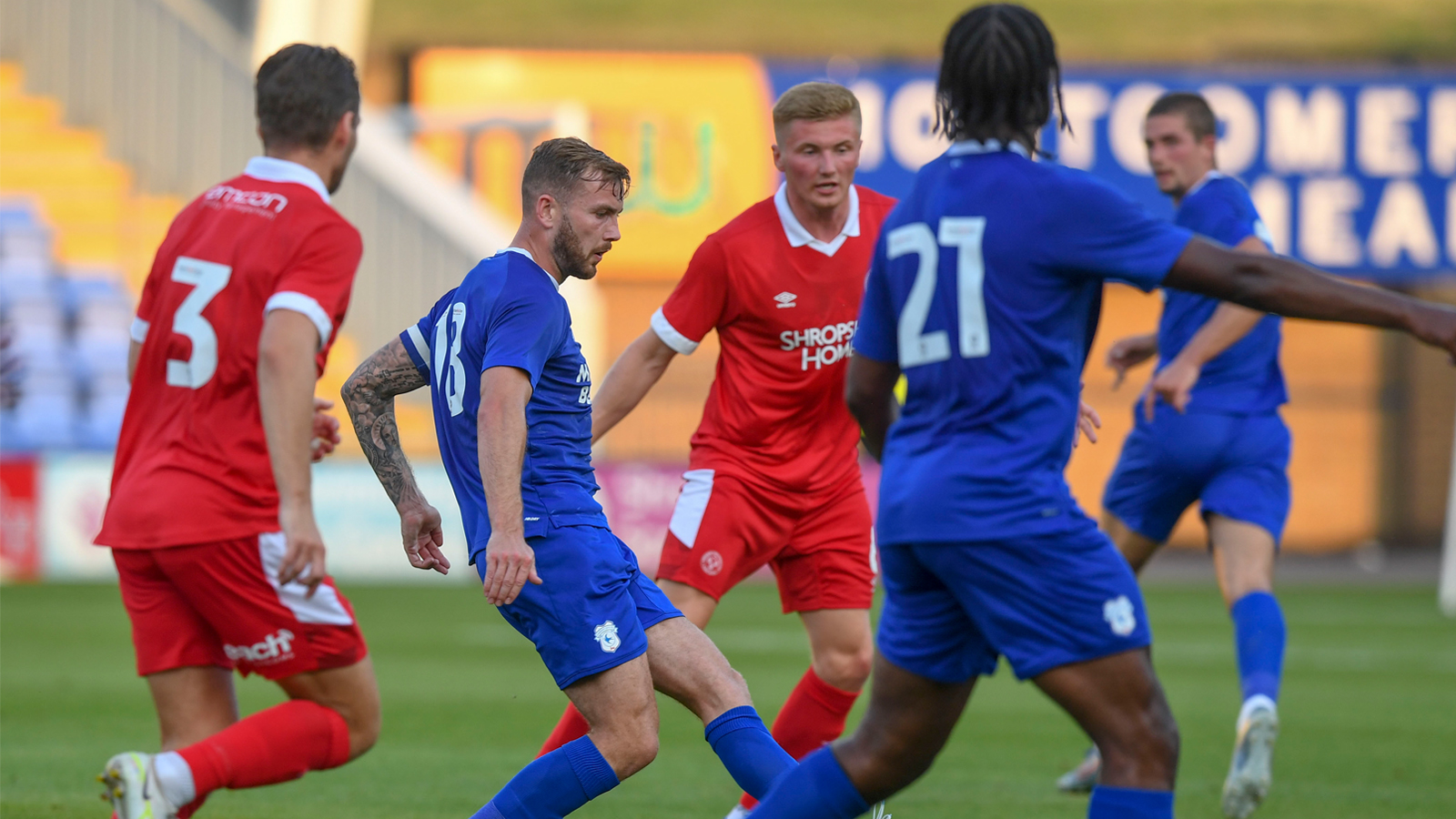 Up against Steve Cotterill's League One side, it was the Bluebirds who enjoyed the first real chance of the evening. Max Watters met Sheyi Ojo's cross with a glancing header, which drifted narrowly wide of the target.

At the other end, defender Chey Dunkley had Shrewsbury's first real chance, heading wide from a corner kick. Just before the break, Town worked a good move which ended in Luke Leahy striking off target.

The opening stages of the second period brought few chances for either side, with Callum O'Dowda looking most lively for City on the left flank.

After an hour, Steve Morison made a number of changes to introduce an entirely new eleven, who began their period on the pitch in a sprightly and energetic manner.

Tom Sang played a fine, flicked pass through to Jamilu Collins on the left, whose cross to the back post eventually came back to Sang, with the midfielder seeing his shot blocked.

Eli King also saw an effort denied by a Shrews defender, latching onto an enticing ball to the back post courtesy of Jack Leahy.

A fine turn from Harris and a good pass from King released Leahy for a shot on goal inside the last five minutes, but the winger's low effort fizzed past the post.

Harris enjoyed the best chance of the evening in the last minute, going one-on-one with goalkeeper Marko Maroši. The Welsh international did well to beat his man and break into the box, though the stopper was equal to his low effort.

Neither side could find a winner in the final moments of the fixture, with City up against Swindon Town on Saturday, 23rd July to conclude their pre-season schedule.