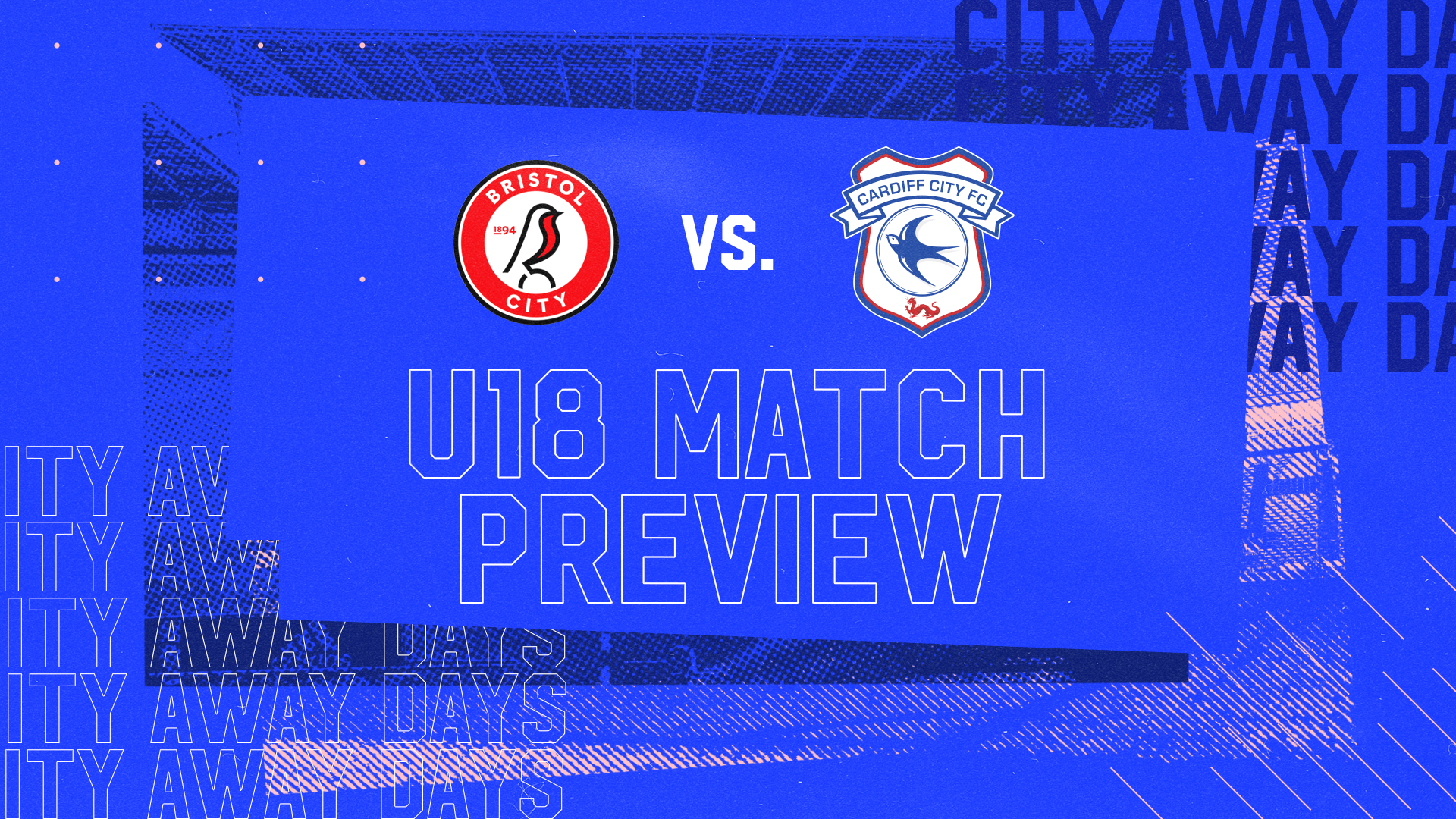 Cardiff CIty's U18 side kick-off their U18 PDL Cup campaign with a trip across the Severn Bridge to face Bristol City on Saturday morning - kick-off at 11am!

The young Bluebirds will face the Robins away from home for their first meeting of the season. Both competing in the South division of the U18 PDL, the two sides are currently level on points with five apiece.

While this will be City's opening match of the Cup campaign, Bristol City have already opened their account with three points on the Group A table, having defeated Swansea City 2-0.

Speaking ahead of the trip to Bristol, Mathew Bloxham spoke to cardiffcityfc.co.uk to preview the fixture:

"Firstly, the boys who have gone away over the international break have had some great experiences," he began. "I'm sure that it will be invaluable to their development, and we look forward to seeing what lessons they've learned from it.

"The boys who remained with us have worked incredibly hard during the last few weeks, bringing a great energy to the group. We've all worked hard on the training ground to make things right for Saturday.

"This Cup campaign offers a different experience for the boys, in terms of it being a qualification group before the knock-out games. We of course want to progress into those later stages of the competition, and preparation as ever is key.

"Recognising how to perform well in these games is important for our players to develop at this early stage in their careers, so Saturday brings a new challenge that we welcome."