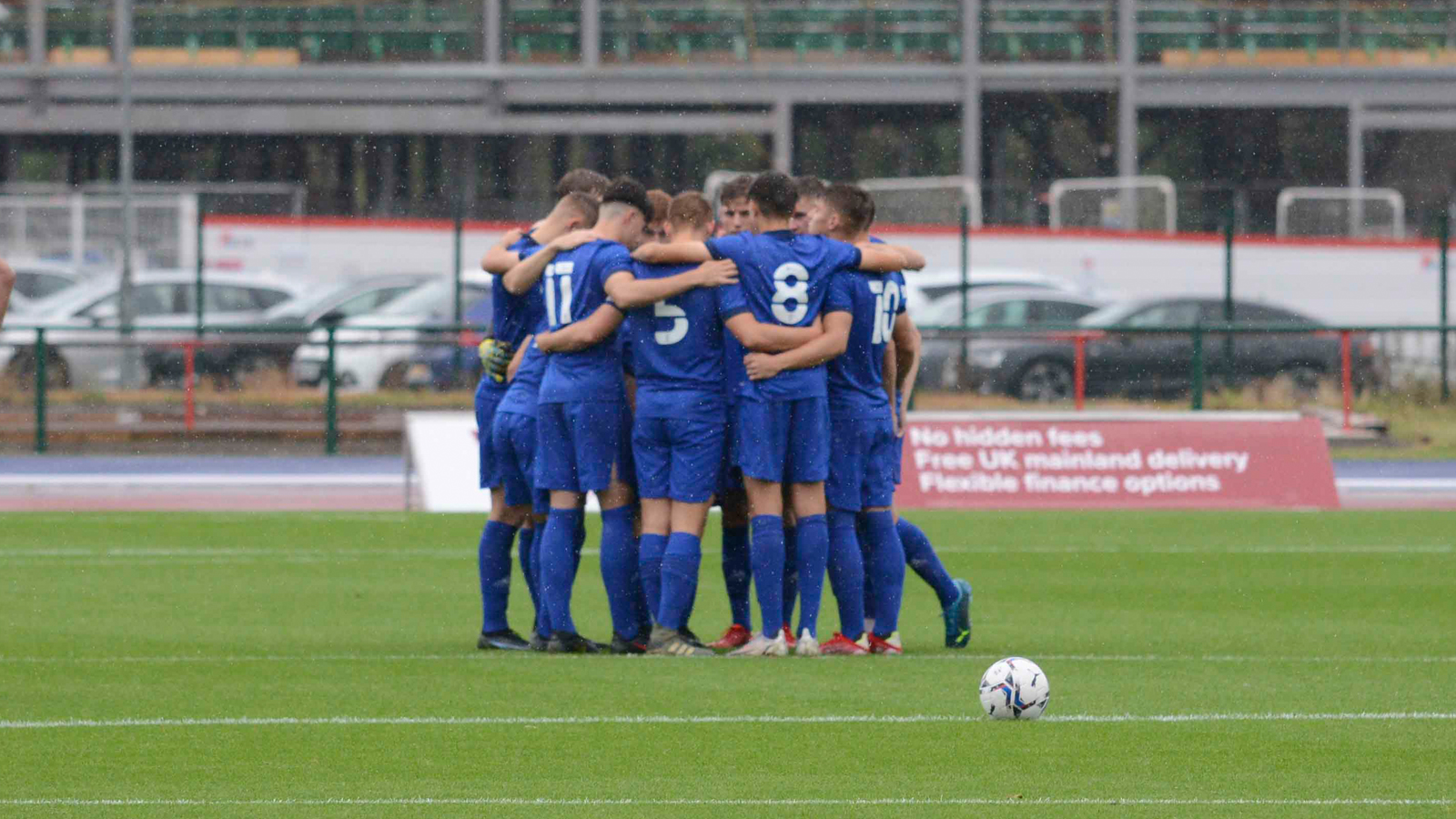 Cardiff City FC’s U18 side began their U18 PDL Cup campaign with an away win on Saturday afternoon, defeating Bristol City.

With several of the players in City’s starting lineup having returned from the recent international break, the visitors took little time to take the lead. James Crole rose the highest to head home from a well-placed corner-kick, following some good early pressure by City.

Cian Ashford won a penalty-kick not five minutes later, having been brought down clumsily inside the hosts’ area. Though his shot from the spot was read by ‘keeper Josef Casa-Grande, Ashford’s effort had too much power for the stopper, and flew into the back of the net to double the lead.

For their own part, the hosts looked dangerous in patches throughout the first half, often using their pace to dart up the wings in possession before crossing into City’s area. However, Jac Clay held the centre of the backline well throughout, winning aerial duels and tackling strongly when required, keeping the hosts’ attacks at bay.

Likewise, Caleb Hughes controlled the flow of play from the middle of the pitch, assisting his defenders by relieving the pressure before creatively spreading the ball towards teammates in space.

Morgan Wigley continued the scoring for City in the second half, beginning with his first of the afternoon on the hour mark. Joel Colwill played the forward through into the area, where he swiftly netted in at the near post.

Capping off the hat-trick with 15 minutes remaining, his third was a near-copy of the first. Played through into the area on the right, the result was similar, and City were ahead by five.

With the final whistle blown, the Bluebirds had enjoyed the perfect start to their U18 PDL Cup campaign.

“In recent matches we’d had some difficulties in defending, and we put that right today," he began. T"hat hard work in training paid off, and we want to make sure now that the result isn’t a one-off, and that we can find consistency with it.

“We were ruthless in both boxes today. We defended ours really well and the boys up top took their chances really well. We’ve been mindful of it recently, and every man has worked tirelessly to get today’s win.

“We got what we deserved today. I’m glad that we scored five, and I’m sure that the strikers will be arguing that they should have taken a few more, as well.”