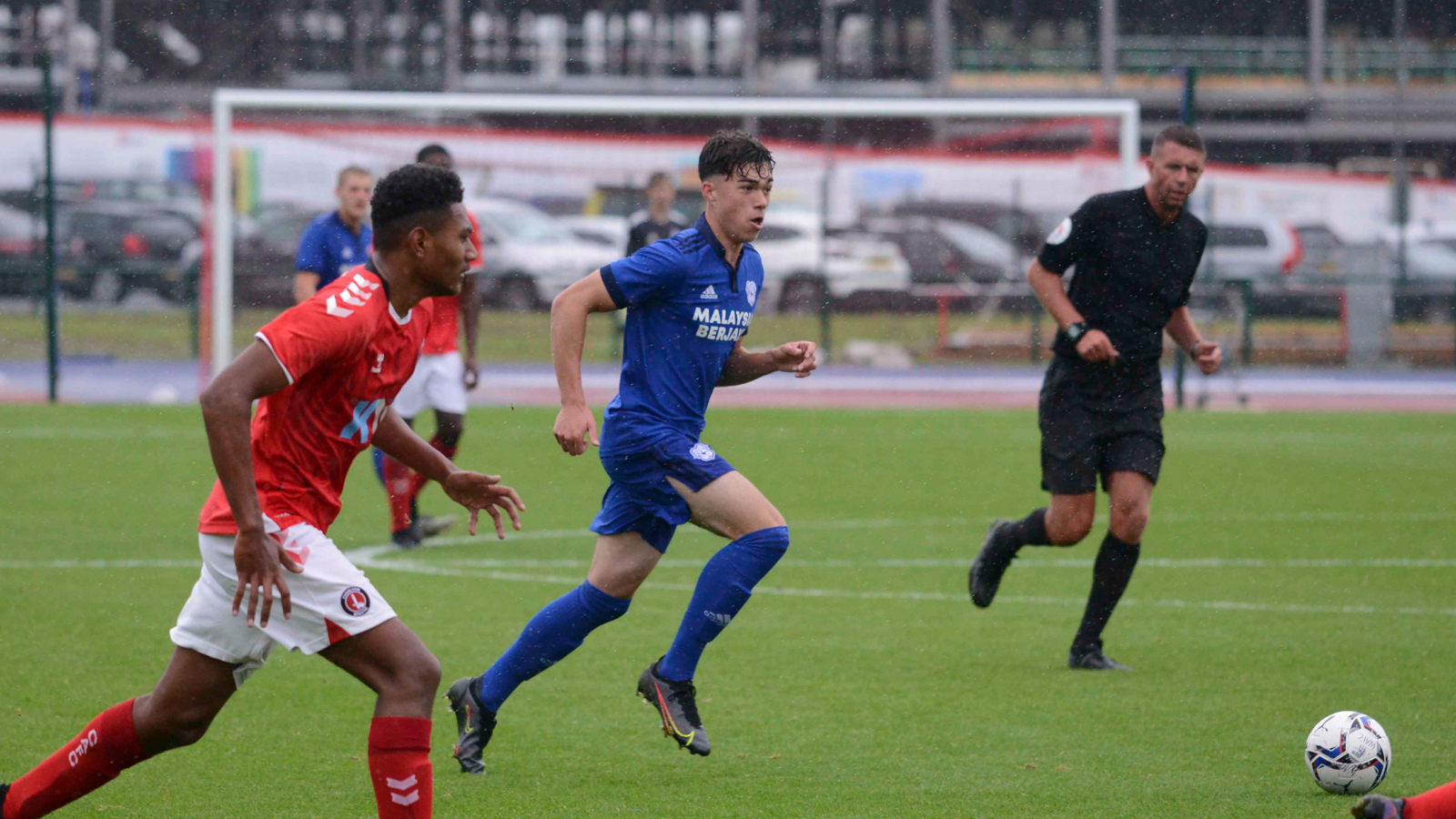 Cardiff City’s U18 side defeated Watford U18 4-0 in the PDL Cup at Cardiff International Sports Stadium on Saturday afternoon.

Matthew Bloxham named an unchanged starting XI from the 5-0 victory over Bristol City U18 last time out.

The Bluebirds got off to a dominant start and looked threatening in attack, before opening the scoring with 25 minutes played. Cian Ashford stepped up to beautifully find the back of the net.

City’s pressure continued and it was telling as the visiting defence became frustrated. George Abbott’s two-footed challenge saw him sent off after 33 minutes.

Thee hosts took advantage of the extra man and found their second of the game, seven minutes later. Defender Jac Clay was next to score with a lovely finish.

Cardiff City’s momentum led them to a third goal on the 45-minute mark and what a strike it was. Caleb Hughes screamed the ball into the top corner from an incredible effort.

After the interval, the Bluebirds’ dominance continued as they hunted a fourth, but play tightened as the Watford defence stood firm for a period.

It took City 22 minutes to find the next goal and a familiar name got it. James Crole slotted home his fourthl of the week after netting a hat-trick for the U23 side in their 4-1 victory over Charlton Athletic.

The away side has a mountain to climb and Cardiff City refused to let up as they looked for more, but couldn’t break down the defence for a fifth time, securing a second comfortable win in the PDL Cup.

Following the final whistle, Matthew Bloxham spoke to cardiffcityfc.co.uk to discuss the result: "The boys applied themselves really well with another solid performance last week.

"They managed the game well and took it in their stride. We could maybe have scored a few more, but their confidence was encouraging to see with another overall strong outing."