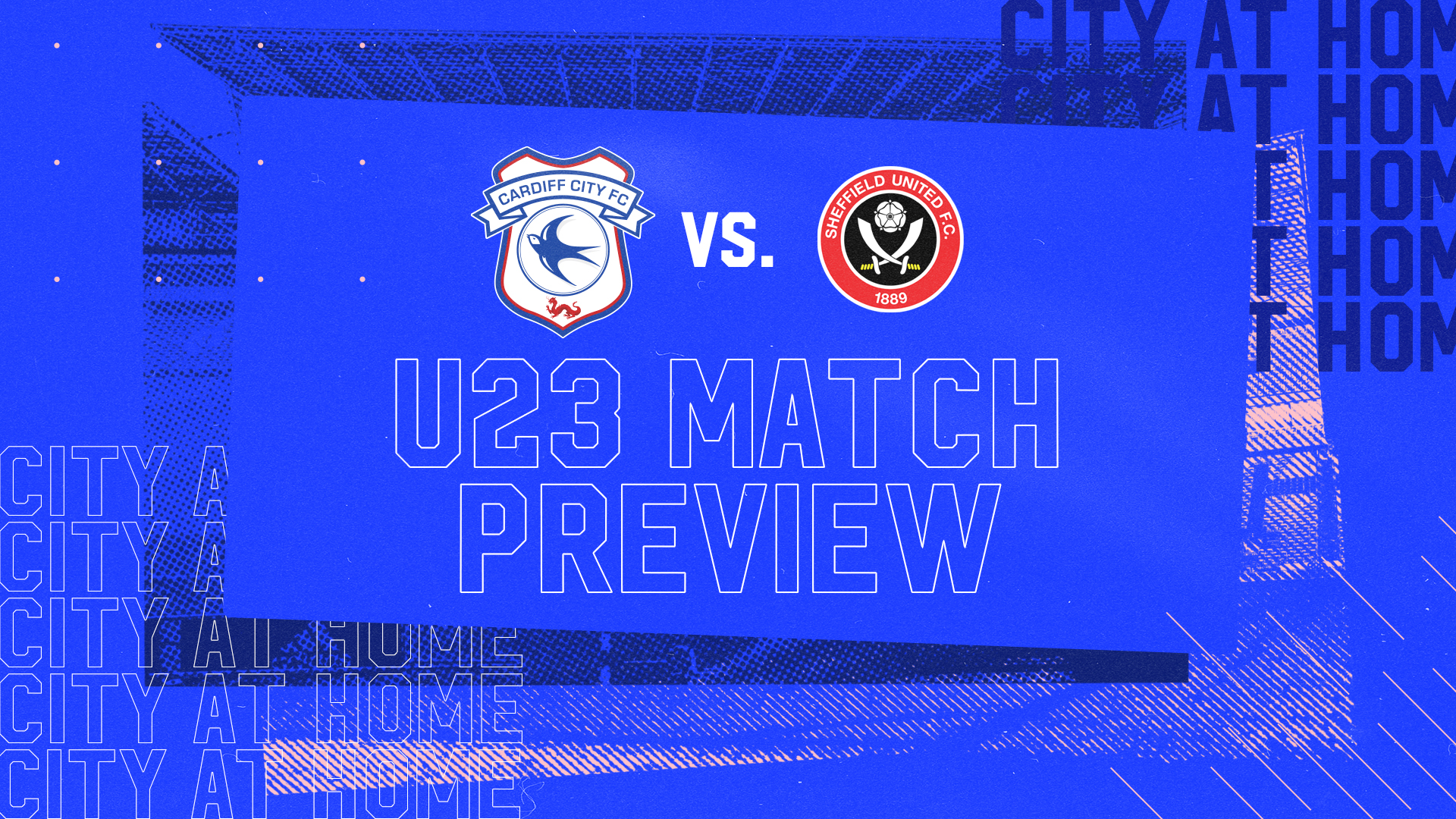 Cardiff City's U23 side host the Blades at CCS on Tuesday afternoon - kick-off at 1pm.

With this clash taking place at Cardiff City Stadium, supporters are welcome to join us, free of charge! Entrance for this match will be via Gate 2.

Following a winning start to the campaign, the Bluebirds will return to PDL football following an impressive away victory against Sheffield Wednesday earlier in the month, with Chanka Zimba scoring in addition to Kieron Evans' brace.

Ahead of the return to PDL action on Tuesday, Lead Coach Steve Morison spoke to cardiffcityfc.co.uk:

"We've had a really good week of training," began Steve. "It was another positive off the back of the Sheffield Wednesday game, seeing Kieron Evans make his first appearances for the First Team. We're looking forward to playing at CCS on Tuesday, for what will be the biggest test of the season so far.

"It will be a tough test against Sheffield United, and with the match being played at CCS it's certainly added to the excitement.

"The players are looking forward to it; everyone enjoys playing there and they of course want to be there week in, week out with the First Team, so it gives them a taster of those surroundings should they get the call in the future."

Sheffield United's U23 side are currently in third place on the U23 PDL North table, having won two of their opening three fixtures of the season.

Defeating Watford 4-0 on the opening day of the campaign, the Blades continued their good opening form with a 3-0 victory against Charlton Athletic. However, in their most recent encounter against South division leaders Bristol City, United were defeated 4-2 at home, on September 10th.

This game will kick-off at 1pm. In addition to Cardiff City TV's live video coverage, live updates can be followed on Twitter via @CF11Academy.