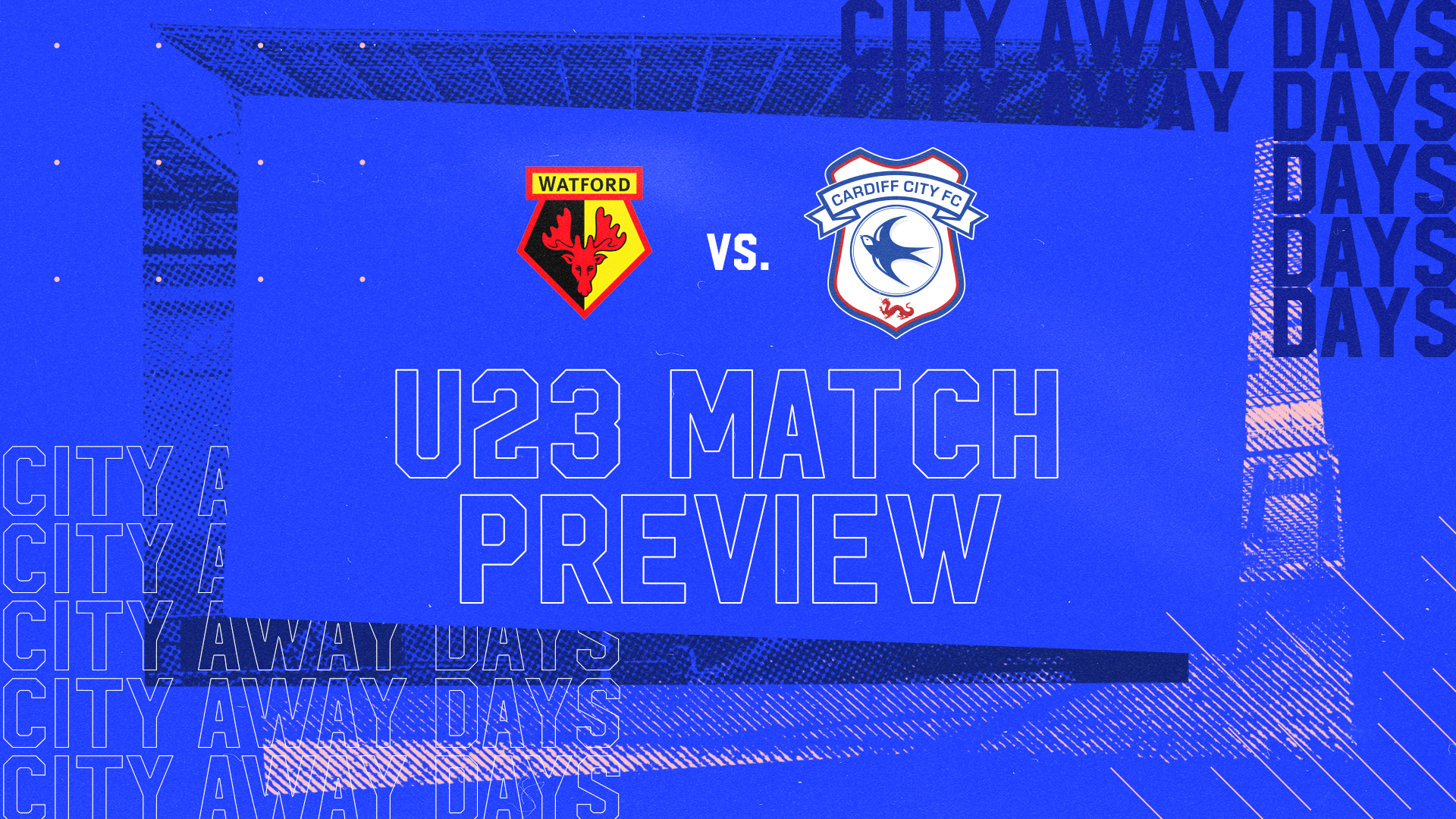 Cardiff City's U23 side travel to Vicarage Road to face the Hornets on Friday afternoon - 1pm kick-off.

The Bluebirds are looking to return to winning ways with a visit to Hertfordshire, as they continue their U23 PDL campaign with another big away match on the schedule.

City's last meeting with Watford resulted in a terrific 4-0 home victory on December 6th, with four Bluebirds on the scoresheet for the hosts.

Ryan Kavanagh opened the scoring from close range inside 2 minutes, with Chanka Zimba doubling the lead before the first half was out, sending a rebounded effort home comfortably.

James Connolly made it three to the good shortly after the interval, striking from the edge of the area. Joel Bagan added to the tally in the 84th finish, with another terrific finish towards the far post.

Watford are currently at the bottom of the U23 PDL South division table, having taken 15 points from 16 matches so far in their campaign.

Having lost their two most recent fixtures, the Hornets' last victory came on January 25th, when they defeated Millwall 2-0 at home.

Ahead of City's trip to Hertfordshire, U23's Manager Darren Purse spoke to cardiffcityfc.co.uk:

"It's a fixture that doesn't require much outside motivation," Darren began. "We'll be playing in a Premier League stadium at Vicarage Road, and I expect them to step up to the challenge.

"It's a game that we should be looking at going to win, especially if you look at the performance that we put into our last game against Bristol City, where it was a shame that individual errors cost us in the end.

"We need to grasp opportunities with both hands when they approach, and at this stage you don't get many bigger opportunities than playing in a ground like Vicarage Road, with the aim to earn all three points.

"Throughout this second half of the season, we've fielded a very young side, which isn't going to change. Individuals within the group step up to become leaders, and earn the right to play at this level.

"There's still plenty to play for, and lots for the boys to learn and work on, producing on the day from the moment that they step out onto the pitch."

Keep up to date with the latest from this fixture via the official Academy Twitter account, @CF11Academy!