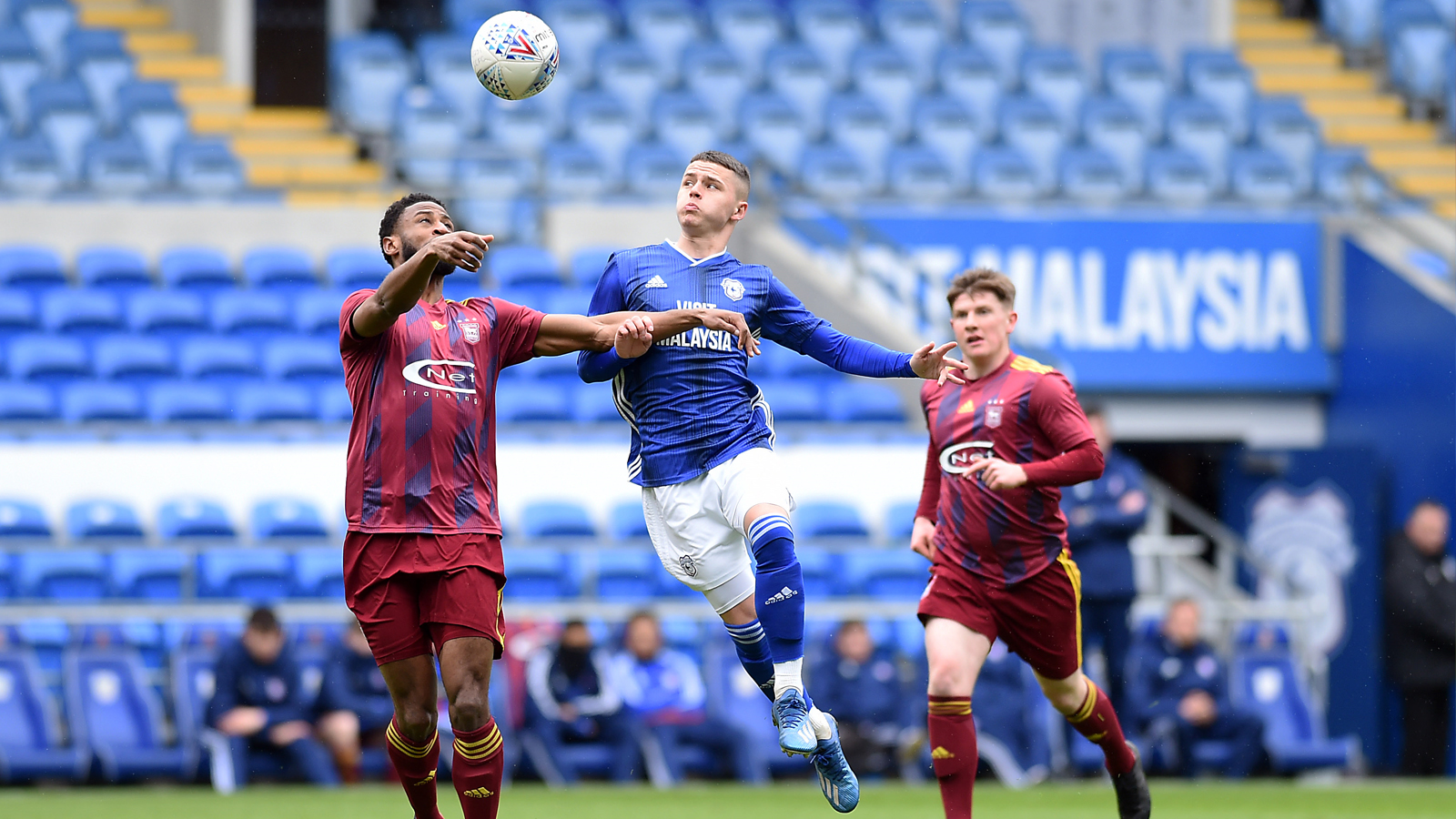 Cardiff City’s U23 side drew 1-1 with Ipswich Town U23 in the Professional Development League following a battling display at Cardiff City Stadium.

Kieron Evans’ second-half finish sealed a point for the Bluebirds. Steve Morison made four changes from the 3-1 win over Watford U23 as Matt Hall, Sam Parsons, Jack Bodenham and Sion Spence started.

The visiting side has the game’s first attempt on target after five minutes. Tom Hughes looked to open the scoring, but his powerful effort was well saved by goalkeeper Hall.

End-to-end football was being displayed as the teams looked for an opener, but it went the way of the Blues with 25 minutes played. Armando Dobra found a gap in the defence, before finding the bottom right corner with a low curler.

City hunted an equaliser and Tom Sang caught sight of goal 11 minutes later. The midfielder’s rising strike from the edge of the box sailed just over the crossbar.

After the interval, the Bluebirds came out determined in search of a leveller and came close inside the second-half’s opening minute. Mark Harris touched just wide of the left post from left-back Parsons’ cross off the left flank.

The Tractor Boys had an opportunity to double their advantage after 62 minutes. Powerful forward Tyreece Simpson hammered on target from an acute angle and stopper Hall kept the shot out.

Possession continued to be balanced and with both defences resilient, no clear-cut chances arose until the 82nd minute when City levelled. Forward Evans sealed his second U23 goal of the campaign by heading home at the back-post.

Cardiff City searched for a late winner and came close with two minutes of the 90 remaining. Ciaren Jones rose high in the area to head agonisingly wide of the left upright from scorer Evans’ corner.

The sides remained level as the referee blew the final whistle and the point means that the Bluebirds stay fourth in Group South.