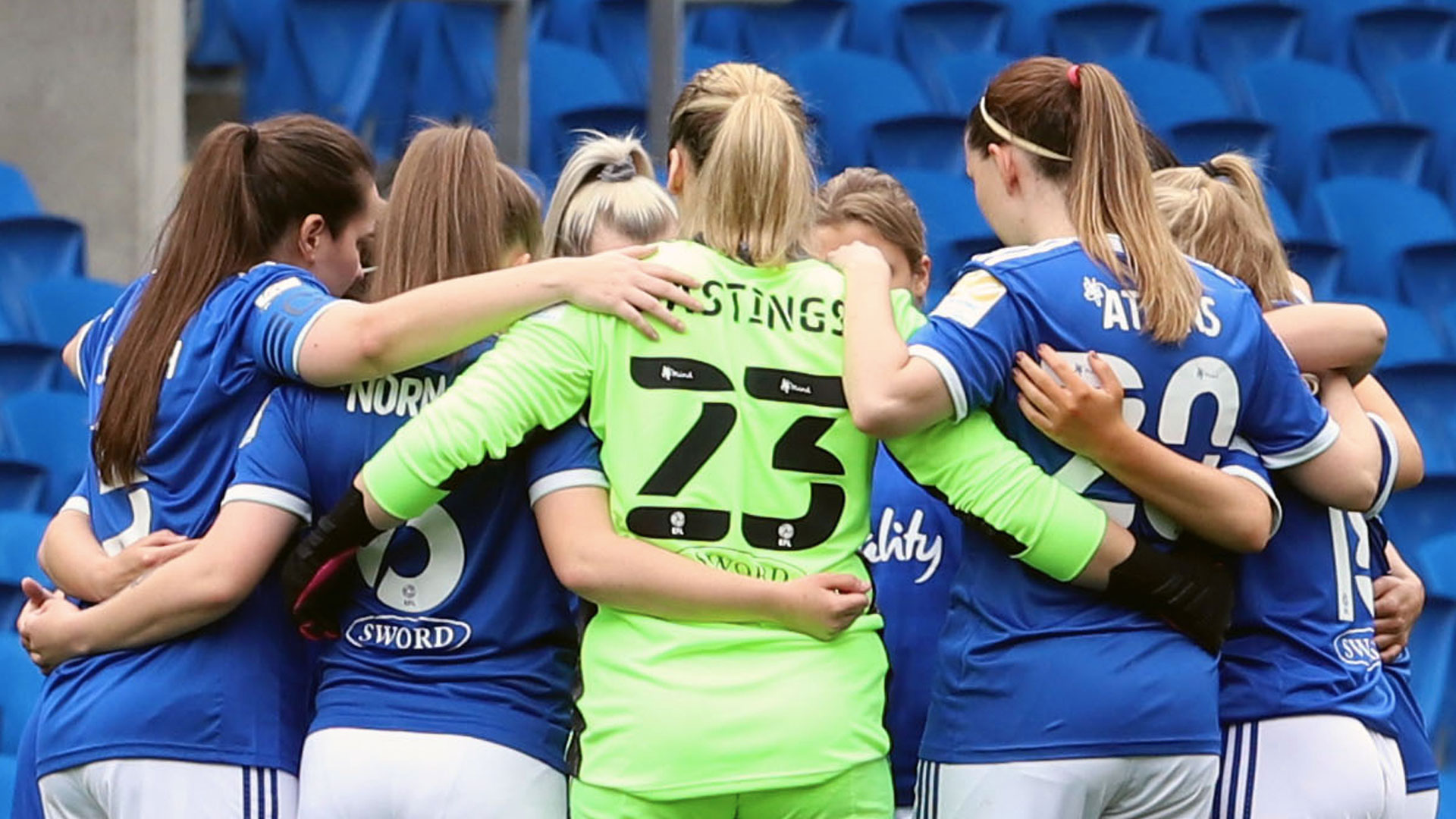 The Bluebirds began strongly, looking for an early goal. Regular goal threats Zoe Atkins & Phoebie Poole both went close in the opening ten minutes. The Cardiff Met goalkeeper Annabel Sweeney in the Archers goal performed heroics throughout the match, and she made a number of strong saves early in the game.

That first goal did eventually come with 14 minutes on the clock, with City deservedly taking the lead. Poole ran onto Hannah Daley's through ball, and despite Sweeney making a good stop to deny her first effort, the Bluebirds top scorer made no mistake with her second shot, firing into the net.

City's hosts bounced back with a levelling goal eight minutes later. Amy Long with a well taken finish, despite the best endeavours of the Bluebirds defence, who blocked a number of efforts before Long shot home.

The chances in the first half continued for Darbyshire's side. Atkins' lob was held well by Sweeney. But City's second did come after 37 minutes with Atkins and Poole combining well. Catherine Walsh found Zoe wide on the left wing, with Atkins putting in a brilliant cross, over the defence and to Poole, who shot first time into the goal.

Atkins went close again late on in the half; the Bluebirds taking a well earned advantage into the interval.

The Archers came out for the second period looking to grab a second equaliser. Lucy Finch was played in from left-back and scored - but the assistant referee's flag was raised for offside. A second half substitute made the difference for Met. Former Bluebirds forward Shannon Evans came off the bench to assist Met's second on 64 minutes, playing in Erin Murray, who composedly placed home.

Charlotte Hastings made two smart stops immediately after the equaliser - with the hosts aiming to take the lead. It took a remarkable headed clearance from left-back Cerys Pinchard to keep that from happening after 67 minutes. Pinchard came to City's rescue with a perfectly timed header to stop Murray's powerful strike, diverting the ball over.

That impressive clearance was huge for Pinchard and her teammates hopes of getting through the tie, and it showed with the Bluebirds going ahead for the third time three minutes later. Poole beat the offside trap and under intense pressure City's No.18 pulled the trigger with a powerful, low strike that hit the bottom left corner. It was a second consecutive hat-trick for Poole, adding to the three she scored at Cardiff City Stadium against Briton Ferry.

The hosts pushed forward - with City looking to hold off their attacking advances, and trying to hit them on the counter. Danielle Green saw a close range header drift off target while substitute Jasmine Simpson almost made it four just moments after entering the game, but Sweeney made another crucial stop.

With just two minutes remaining, Evans saw a header drift over the bar. City staying strong, and maintaining their advantage to deservedly secure a spot in the WPWL Cup final - which is set to take place at Dragon Park on Wednesday, May 26th, 2021.