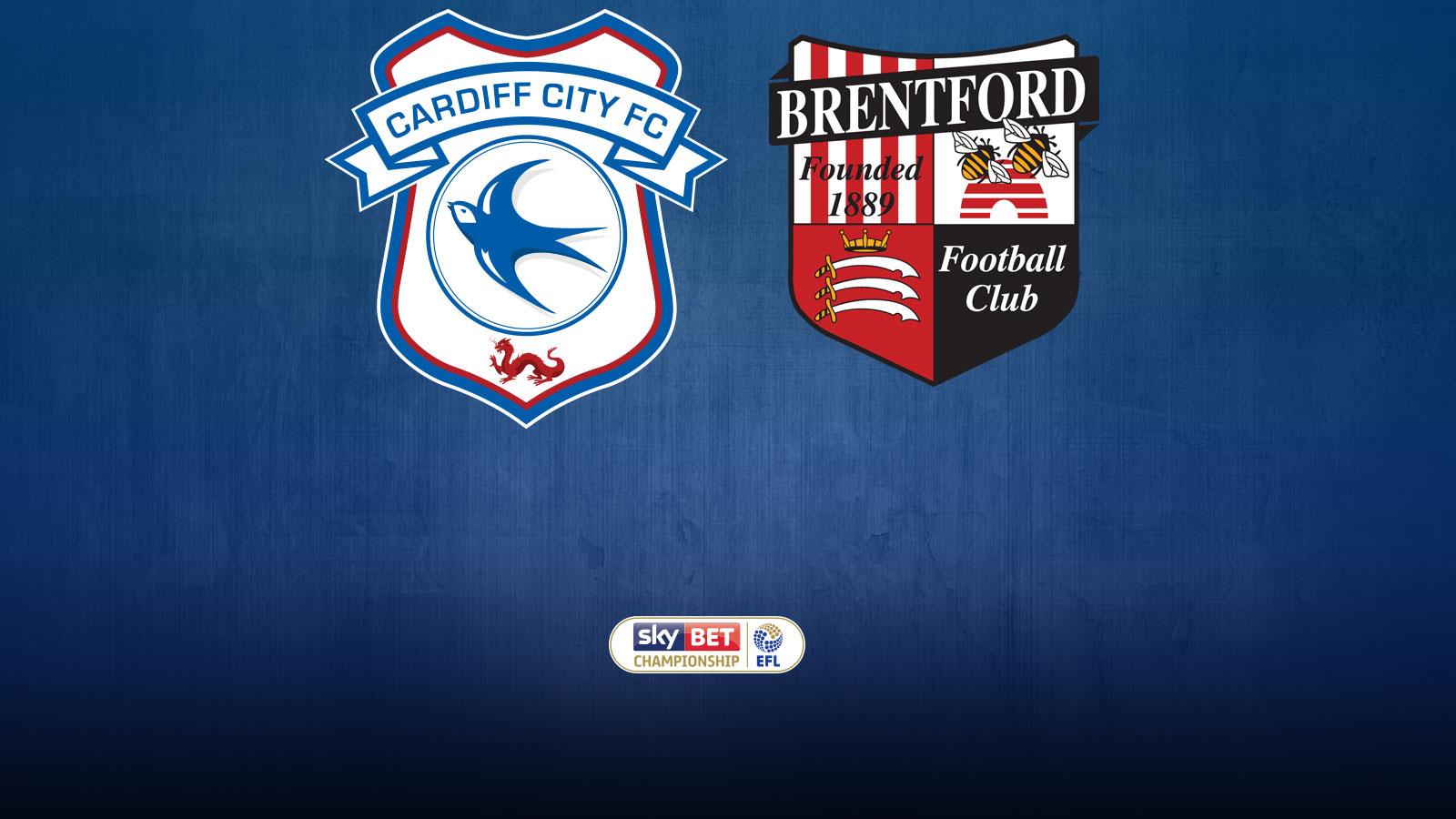 The Bluebirds return to Cardiff City Stadium following back-to-back away games, taking on Brentford in the Sky Bet Championship.

Saturday's match against the Bees marks Foundation Day 2017 - find out more on an important day in the Cardiff City calendar here!

Brentford arrive in the Welsh capital in good form, having won their last three Championship games and currently occupy twelfth place in the league table.

Dean Smith’s men began this run in their last game before the international break with an exhilarating 5-3 away win over struggling Burton Albion.

The Bees then comfortably dispatched Bristol City 2-0 at Griffin Park at the beginning of the April. Last time out, they secured an impressive 2-0 win over promotion-chasing Leeds United. First half goals from Romaine Sawyers and Lasse Vibe were enough to secure all three points foe the Bees.

Brentford’s top scorer, Scott Hogan, left to join Aston Villa in January but forward Lasse Vibe is only one goal away from equaling Hogan’s tally for the club this season. The Danish international has thirteen goals to his name so far this campaign as well as an impressive eight assists.

Kadeem Harris joined the Bees on loan during the 2013/14 League One season and got off to a fantastic start for the club, scoring on his debut in a 3-1 win over Colchester United.

Kadeem arrived at Cardiff City Stadium in 2012 and has been an important presence in Neil Warnock’s squad this season, making over 30 appearances and scoring four league goals.

Others to have represented both the Bluebirds and the Bees include Leo Fortune West, Tommy Smith, Simon Moore, Tom Adeyemi and Ben Nugent.

Striker Tony Watt put the Bluebirds ahead twenty minutes into the game, pouncing after Craig Noone’s shot was parried to bundle the ball home. It was then 2-0 before half time when scorer Watt turned provider; the Scotsman fed partner Kenwyne Jones who placed the ball past ‘keeper David Button.

The Bees launched a fight back in the second half with goals from Jake Bidwell and John Swift ensuring it was 2-2 going into the dying minutes.

With added time nearly up, some good work from Fábio and Scott Malone teed up Jones who converted the chance to secure his second of the game and three points for the Bluebirds.

LISTEN: Supporters can listen in live on Cardiff City Player HD* for all the action from City vs Brentford.