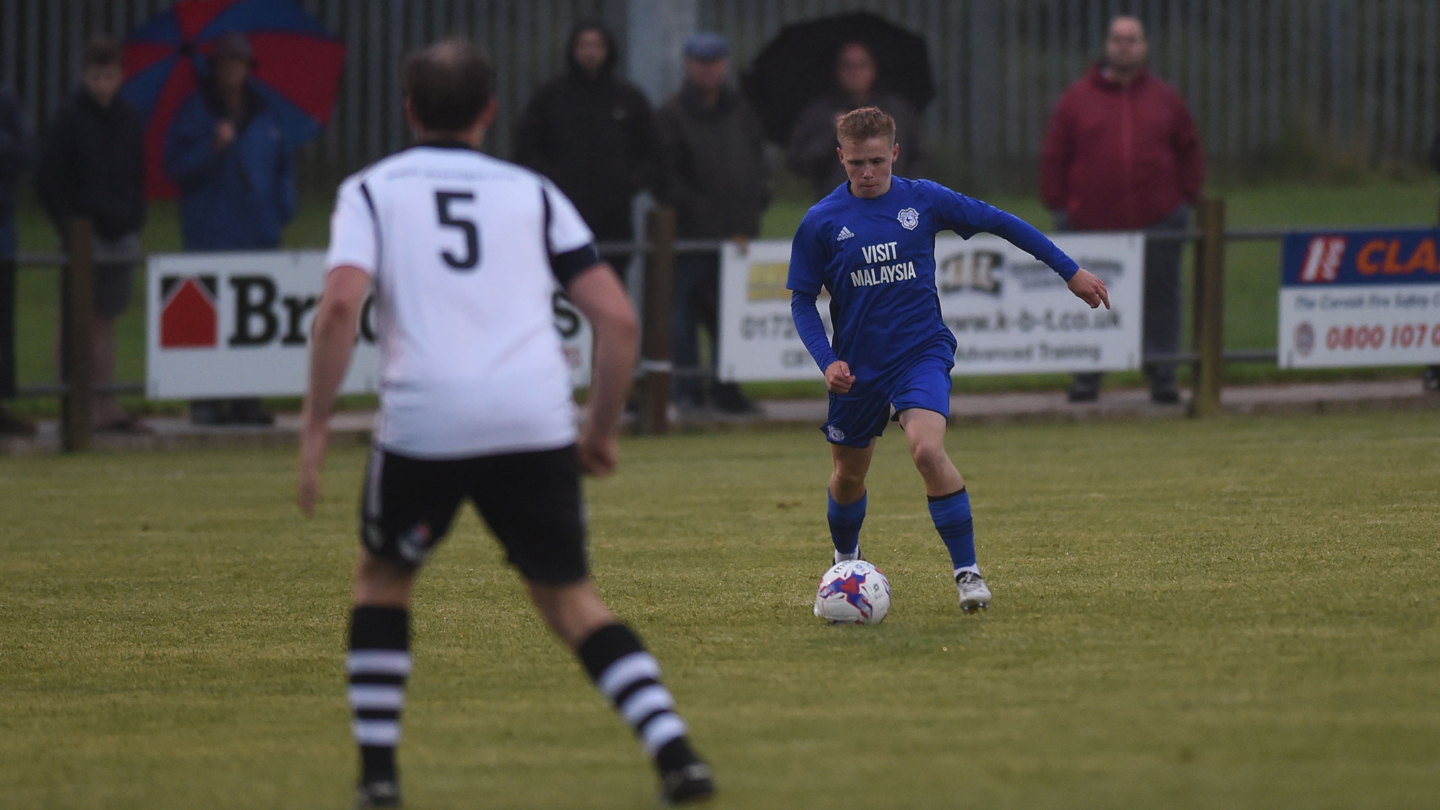 Cardiff City’s U23 development side travelled to Sheffield United on Monday, 21st August 2017 for their second fixture of the PDL2 South season.

The young Bluebirds lined up with five U18 players featuring alongside four trialists. Creative midfielder Laurence Wootton was one of those players after impressing for the U18’s in their recent outing against Burnley.

Despite enjoying good spells of possession against the South Yorkshire side, City were unable to come away with the points. Before the break, striker Tyler Smith netted to give the Blades an early advantage. The lively forward signed a professional deal with United earlier this year.

After the interval, Cardiff City pressed for an equaliser with the promising James Waite leading the attack. However in the 57th minute, Jordan Hallam grabbed the second of the game for the Blades after he met a low cross from the left. Seven minutes later the hosts extended their lead to make it 3-0. Smith grabbed a brace as he managed to composedly finish past Oliver Byrne in goal.

Speaking after the match, Cardiff City's U23 coach Jarred Harvey said: “It was pleasing to give gave time to a number of our younger players, some of whom were making their U23 debuts. We value the importance of giving opportunities to our promising talents and you could see this with five U18 players and four trialists involved.

“Sheffield United made it difficult for us, and capitalised on our mistakes. We need to be more clinical with the ball at times particularly when in and around the goal. It is important we take our chances when we're on top in games.”

The U23 squad will return to action on Friday, 25th August 2017 when they host Crewe Alexandra at Cardiff International Sports Campus (Leckwith) for a 2pm kick off.