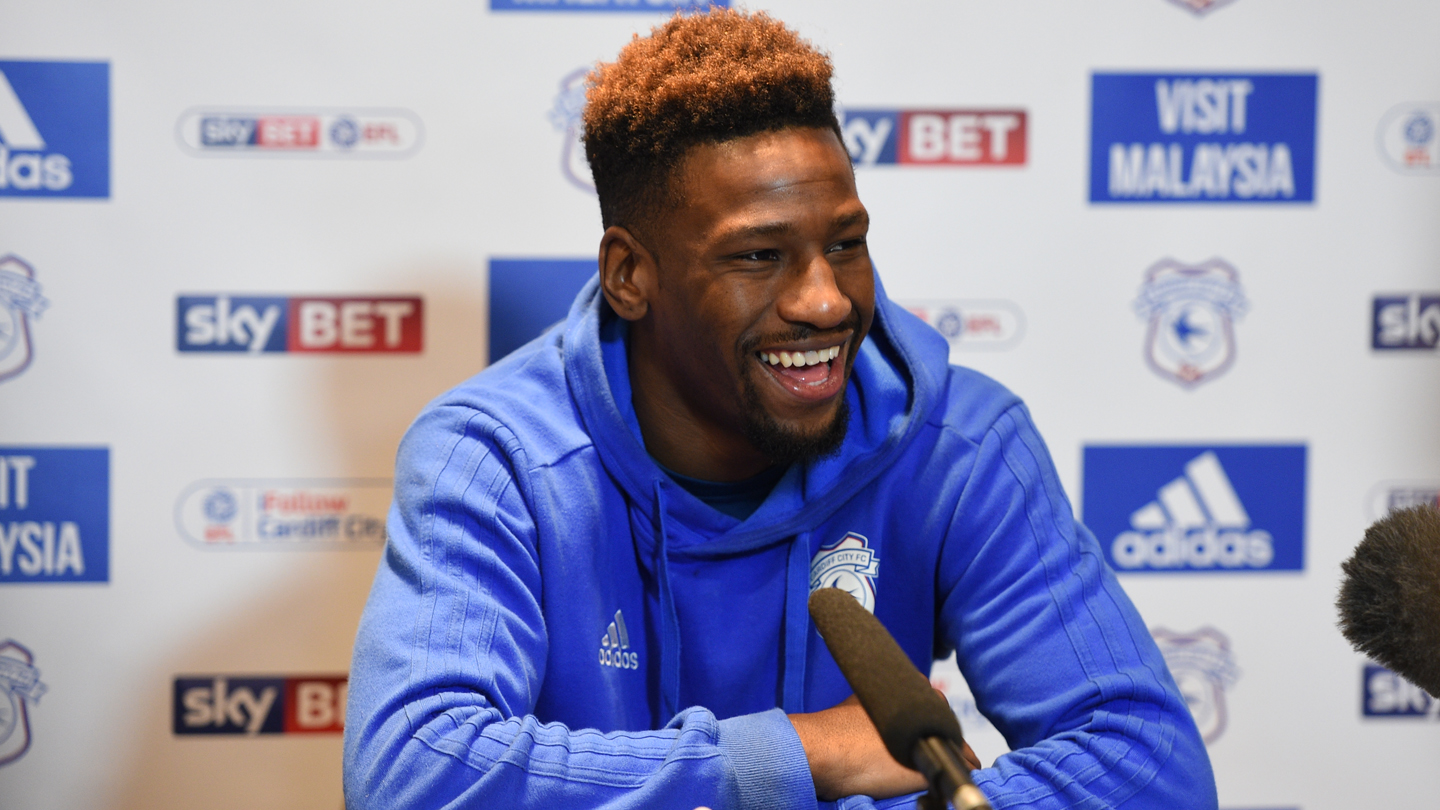 Omar Bogle spoke to the assembled press and media at the Vale Resort on Thursday morning, ahead of Monday’s Sky Bet Championship clash at Reading.

Another win would see the Bluebirds make it five victories on the spin for the second time this season, and Omar explained his delight to be part of a side in such form.

“It’s great - it builds morale naturally, as winning does,” said the City forward. “The camp is happy. But it’s a long season and we’ve got to take every game as it comes. It would be great to repeat the same run that we did at the start of the season though.

“We’re not getting too far ahead of ourselves. We know what we’ve got in our dressing room. The team spirit is really, really high and we’ve got great players. We go into every game wanting to win and that’s what we’ll keep doing.”

The striker went on to focus upon the strength in depth of City’s frontline, with several options to choose from up top.

Omar explained that the experience of the Gaffer - who has just been nominated for the EFL’s Championship Manager of the Month award - is key to fostering great spirit within their ranks.

“Obviously, we’ve got Ken to come back,” he said. “While Wardy has done great when he’s come in and scored a few as well. Everyone has to work hard, be ready and be determined to stay in that team.

“The Gaffer is so experienced. Whenever the fans speak to me the first thing they say is: ‘he’s a good man-manager’. He’s well renowned for that. His experience with dealing with so many players over the years helps us.

“The way he gets his message across to us as players, and manages our temperament, is great. Everyone loves him and no-one has a bad word to say about him."