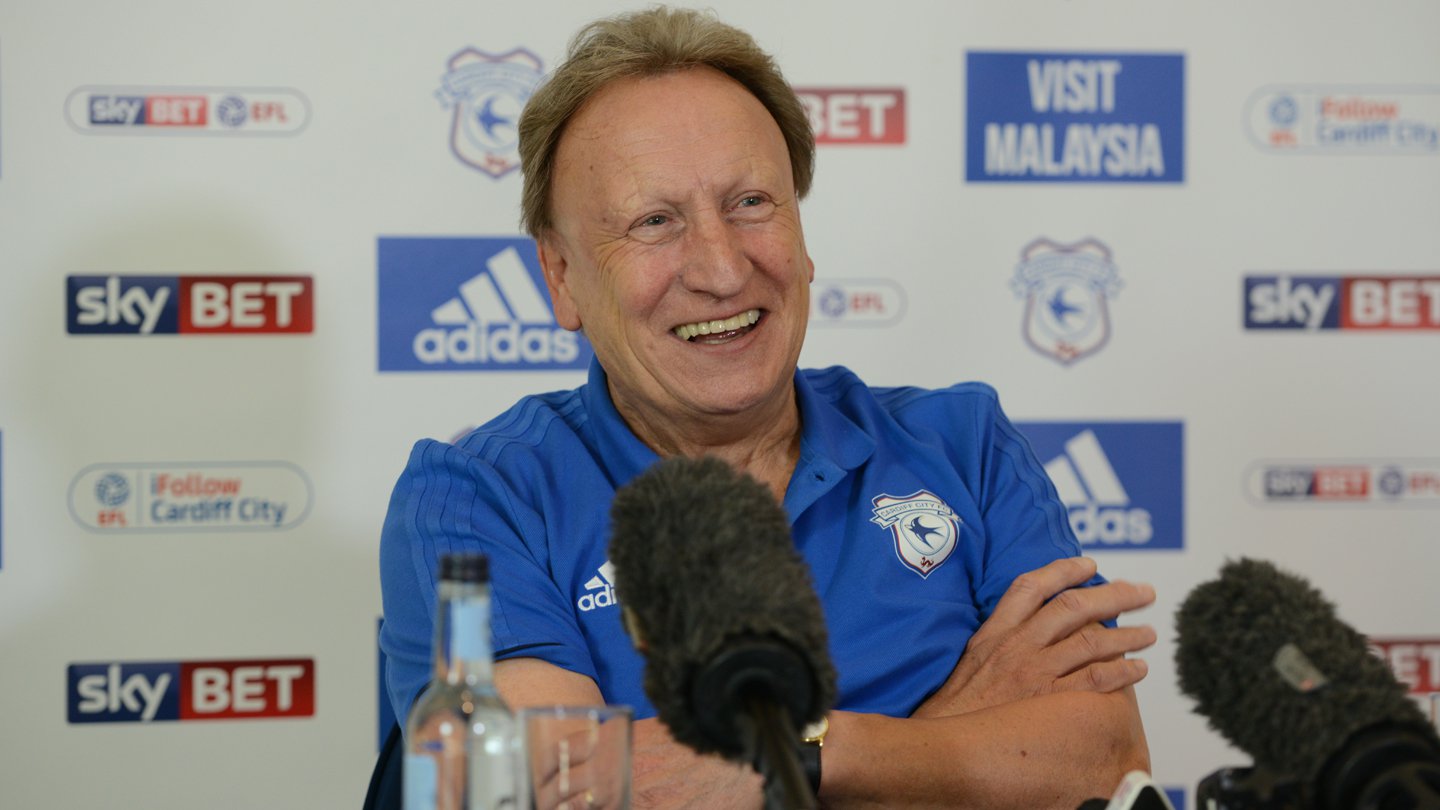 Warnock: It's a great place to be

Neil Warnock held a pre-match press conference at the Bluebirds’ training base on Thursday morning, looking ahead at Monday’s trip to Reading.

The City boss, fresh from his EFL Sky Bet Championship Manager of the Month nomination, said that his men would have to do their homework in order to keep their winning run going at the Madejski Stadium.

“We’ve got to enjoy the moment," he began. "We’ve got good players, fans that believe in us and it’s a great place to be at the minute. Let’s keep on that roller coaster and enjoy the next few months!

“[Reading] have got some really good players, so it’s a great challenge for us. Nobody really expects us to beat these teams and yet we’re here enjoying it.

“Whoever we play we’ve got to have a plan. We can’t just go out there willy-nilly, because Reading pass every team they play off the park. We’ve got to know what’s coming and hope we can put a game plan together to get the right result.”

The Bluebirds will be looking for a fifth win on this spin on Monday evening, despite being without several star players in recent weeks. The Gaffer went on to explain how the strength and versatility of City's squad has been key to their success.

“We’ve just got to keep going with the players we’ve got in another tough game,” he continued.

“The lads who have been waiting for their opportunity are getting it now - and they’re taking it. I’ve been really pleased with the lads in the background.

“That’s where you need a squad. What epitomises it is seeing the injured lads come into the dressing room after the game and being first to congratulate the lads who have been playing. It’s good when you see the spirit like that.”