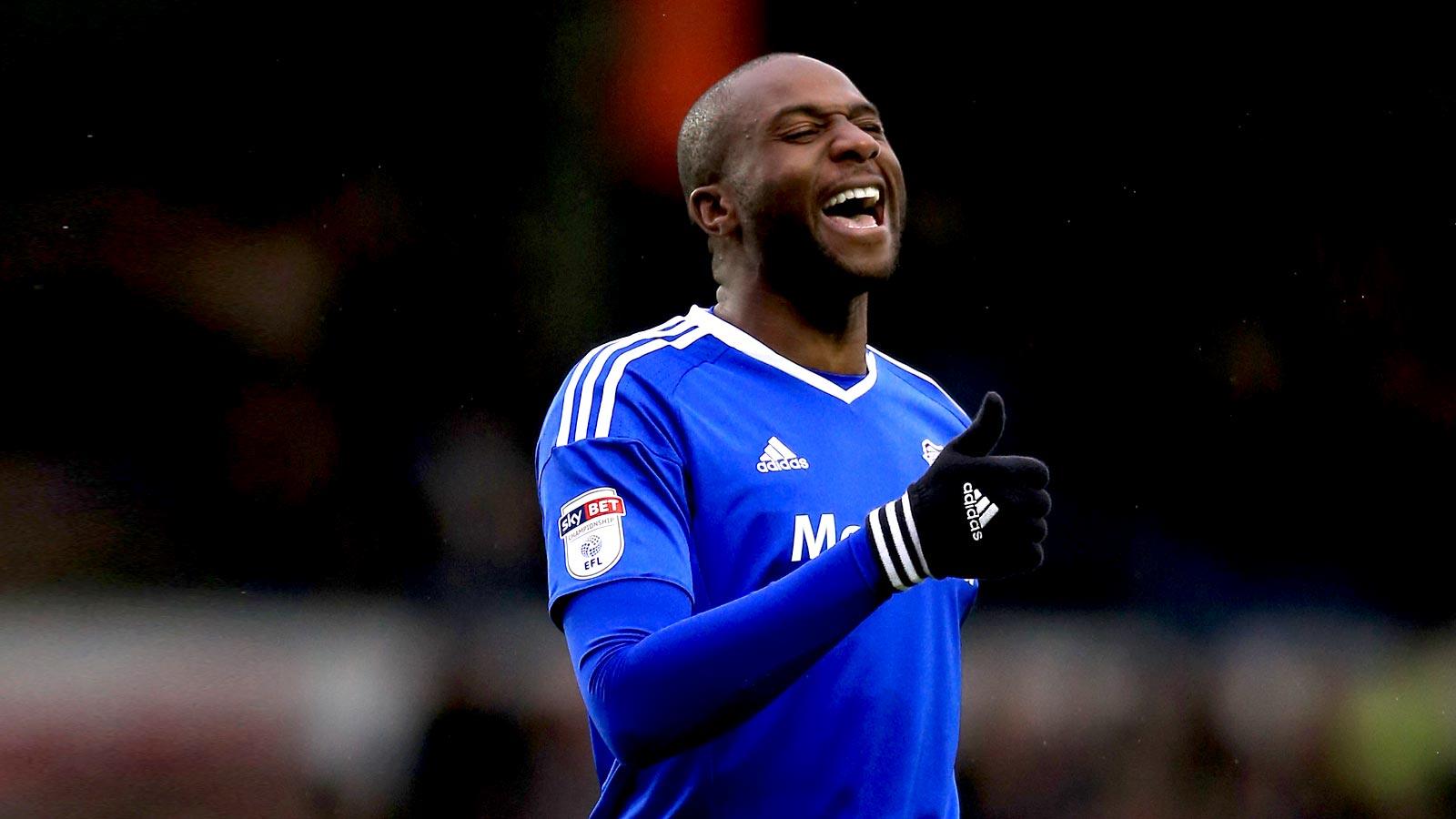 SOL: THE PLACE IS BUZZING

Sol Bamba has commended Cardiff City fans after helping the Bluebirds to three impressive consecutive wins against Derby County, Leeds United and Rotherham United.
City have picked up nine points from a possible nine in the last week, scoring eleven goals in the process.
And the Ivory Coast international – who’s made nineteen appearances for the Club since joining back in October - is delighted to be rewarding the Bluebirds’ faithful for their continued support.
“I think winning football matches makes everyone happy and gets the place buzzing,” said Sol.
“It was a difficult start to the season I think, but at the minute, when we win games, it brings happiness and that’s what we aim to do.
“We always have a great group of fans; the Club has always had a good fan base and hopefully that can continue. It’s up to us though and what we do on the pitch.
Bamba scored a debut goal against Bristol City in the Severnside derby
“The Manager has made it very easy for us [as players] because he’s straightforward and he says it how it is. We know what we have to do and how to get a result.
“When you enjoy your football and play with confidence you win games - and that’s what we’re doing at the minute.”
With thirteen games left of the season, Bamba & Co. will be determined to continue this marvelous run of form and finish the campaign with a flourish.
City host Fulham at Cardiff City Stadium this coming Saturday, before two away trips to Queens Park Rangers and Blackburn Rovers. Tickets for each of these fixtures are available HERE