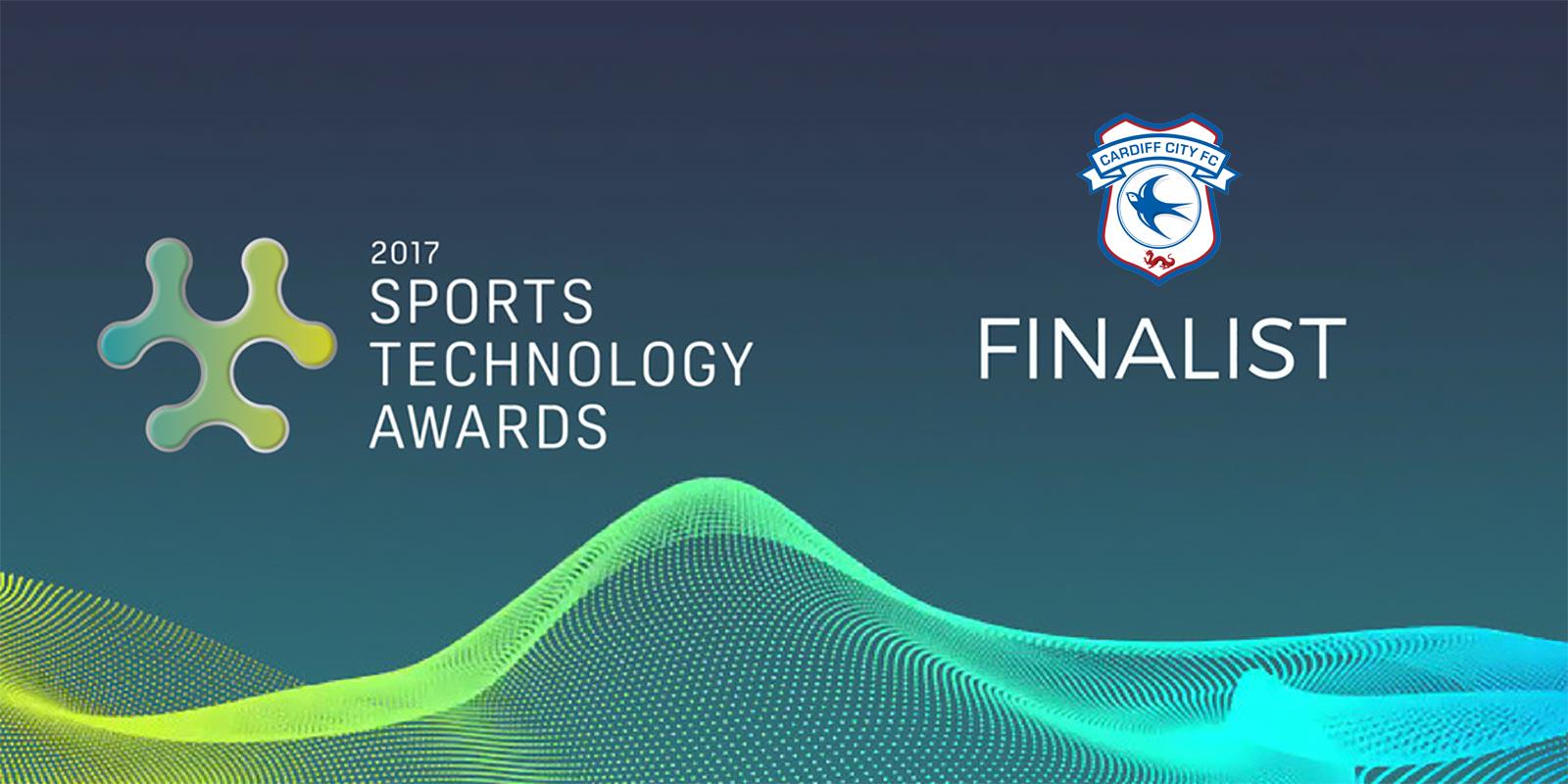 Cardiff City FC is delighted to confirm that the Club has been nominated in the Sports Business Awards 2017 for the Club Goal of the Month project, now in its fifth year.
This latest recognition comes on the back of receiving three national and European awards for fan engagement and betterment of the match-day experience, during the past eighteen months.
And the Bluebirds are once again in esteemed company, going up against the likes of Arsenal FC, West Ham United FC, Bath Rugby and Tour de France for the ‘Most Innovative Fan Engagement Campaign’ award.
Founded in 2014, the Sports Technology Awards are now in their fourth cycle. The shortlist for the 2017 awards includes submissions from over thirty countries, with over seventy different sports represented.
Awards categories reflect visionary work across every aspect of the sector, with the winners being presented in London, on May 4th, in front of an audience consisting of senior industry figures, influencers and athletes.
“The standards were as high as ever but even more international and varied,” the Sports Technology Awards said of the 2017 shortlist.
“The innovations these entries represented were nothing short of very impressive, proving that this area of sports is one of the most exciting and we are delighted to be part of it.”
Cardiff City FC Executive Director & CEO Ken Choo added: “I’m delighted that this fantastic initiative continues to get recognised as it grows and develops each year.
“Equally as satisfying is witnessing the impact it has on the people of our community. It’s a very real embodiment of our ‘City As One’ ethos.”
CLUB GOAL OF THE MONTH
Cardiff City FC launched its innovative Club Goal of the Month competition during the 2012/13 campaign.
The concept allows every player representing Cardiff City Football Club – at every level – to capitalise on their on-field achievements by battling it out each month in a bid to win the Club Goal of the Month trophy. A simple, unifying concept.
Five seasons later and Cardiff City Football Club is still, as we understand, the only club worldwide to acknowledge nine different levels of football and unite them in one competition.
All levels are included, from the Senior Team, to the Academy, Development, Women’s, Disability and Futsal Teams – and including nominations from our Soccer Schools, ‘Youbirds’ sector and Cardiff City Foundation’s Football Performance Centres.
Cardiff City FC would like to take this opportunity to thank Sony UK for their support in the provision of cameras and post-production equipment to support #ClubGOTM