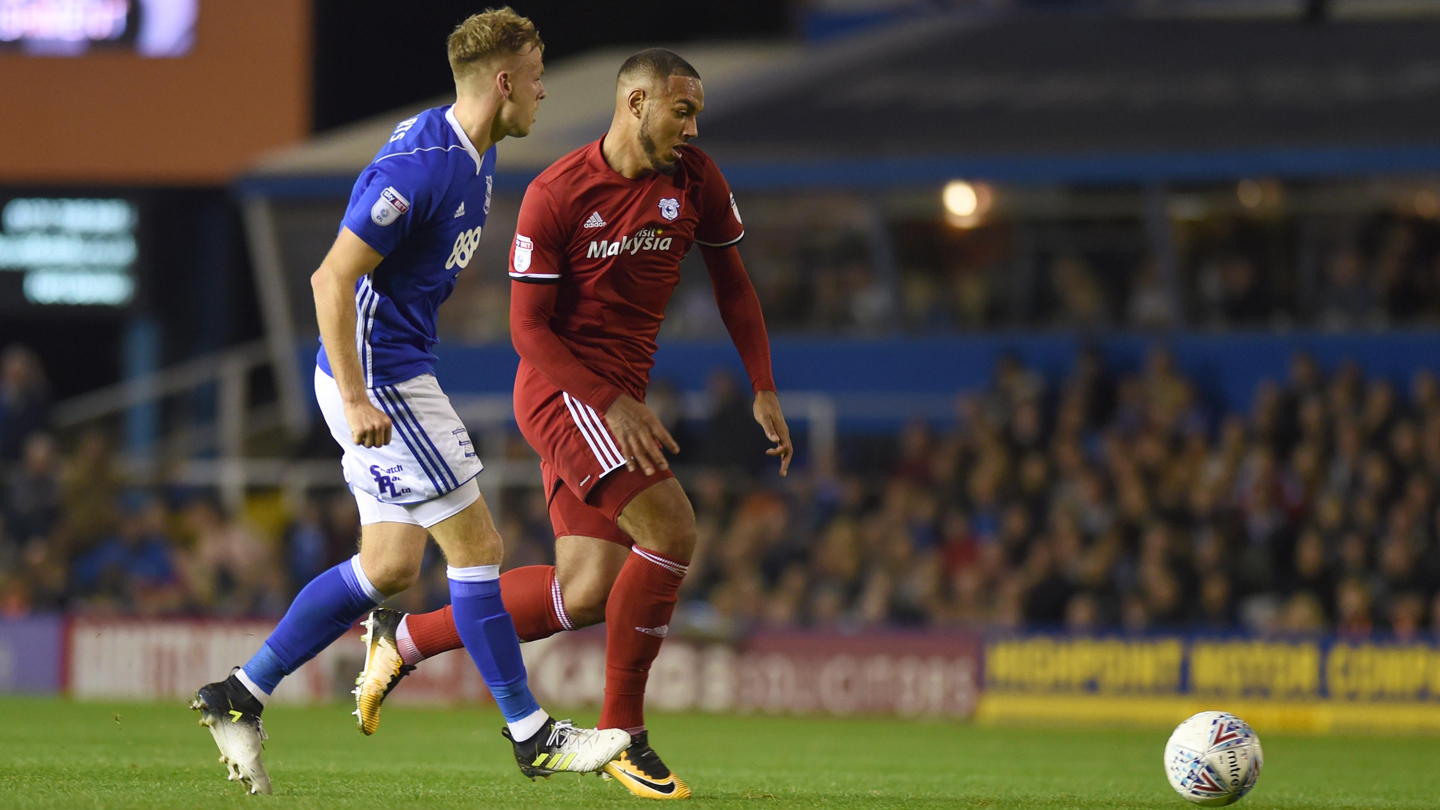 Cardiff City slipped to an away defeat to Birmingham City on Friday, as Che Adams' first-half strike separated the sides at St Andrew's.

Birmingham came out of the blocks quickly in their first game under their newly appointed boss, Steve Cotterill.

The hosts pinned City back in the opening exchanges, earning a handful of corners, without managing to test Neil Etheridge between the City posts.

However, Cotterill’s men then found the opening goal of the game on 19 minutes, as Che Adams cut in from the left to manufacture a shooting opportunity, before dispatching his effort into the bottom corner.

City looked to respond immediately, as Kenneth Zohore found space in the area before squaring the ball across the six-yard box. A fine piece of defensive work from Maxime Colin saw him clear the ball just ahead of Junior Hoilett though.

The Bluebirds grew into the game as the interval approached, with Zohore holding the ball up well to bring others into play. Hoilett picked up another of his passes to bear down on Tomasz Kuszczak’s goal, before firing wide.

On the stroke of half-time, City had a great chance to pull level. This time, Zohore raced down the left flank before playing the ball inside. Both Hoilett and Craig Bryson then saw close-range shots blocked as the Birmingham defence threw their bodies on the line.

At the start of the second period, the Bluebirds had Bruno Ecuele Manga to thank for keeping the score at 1-0. After a long pass from the hosts, the ball deflected off several men in the City box before the Gabon international cleared it off the line.

Neil Warnock’s men then almost found their way back into the game through their two main attacking threats. Zohore’s inch-perfect cross was cleared from the path of Hoilett in the Blues area, when the winger had looked ready to pounce.

A strong shout for a spot-kick was turned down by the referee when Adams’ high boot met Joe Bennett’s face in the Blues area. Meanwhile, Michael Morrison did well to block a promising effort from Nathaniel Mendez-Laing.

While the Bluebirds put their hosts under significant pressure as the clock ticked down, the full-time whistle blew with Birmingham's slender lead intact. Despite the defeat, City remain top of the Sky Bet Championship table, with the majoirty of the division in action on Saturday afternoon.