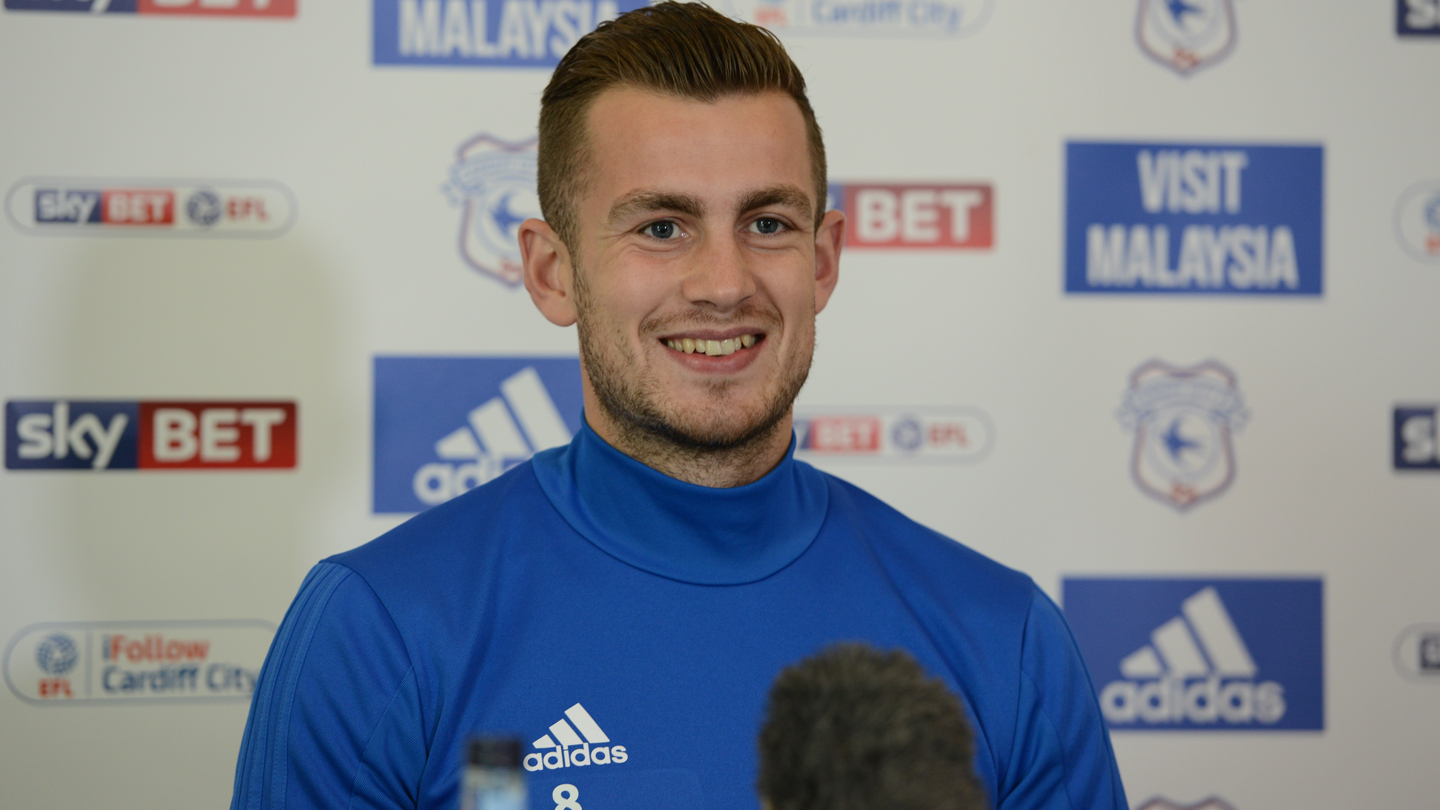 Ralls: "Three points would be a good birthday present!"

Joe Ralls took on press conference duties on his birthday this Thursday morning, as he looked ahead to the Bluebirds' trip to Birmingham City.

Joe has been an integral component in the City engine room for quite some time but, somewhat unbelievably, turns just 24 today. He let us know that his perfect gift would come in the shape of a win at St Andrew's on Friday evening.

"Yeah, definitely - that would be nice," he began. "Three points would be a good birthday present, definitely.

"Obviously, we've had a good start. With these international breaks, it's a nice chance to split the season up a little bit. We've got five games now to go and hopefully keep ourselves in that position, pick up a few results and see where we are after that.

"I think there's been a good feeling around the Club from the beginning. Obviously, the wins help and we're happy to be in this position. We want to do something special this year. That's the aim, but there's a long old way to go, so we'll see what happens.

"I don't really look at the table too much. We just go into games loking for wins, and if you do win, you're three points closer to where you want to be at the end of the season."

Joe went on to explain what he expects from Birmingham City, adding that the chance to play ahead of the rest of the division is a welcome one.

"It's always nice if you play on the Friday and get a win," Joe continued. "If you can do that, it's a lovely feeling, watching the results come in with three points in the bag. Birmingham have got some good players, recruited a lot in the summer and will be desperate for points though, I'm sure. It's going to be a tough game, but it would be great if we can do that."

Finally, Joe commented on the international success of his midfield companion, Aron Gunnarsson, adding: "Yeah, he was happy! He came in yesterday - his first day back. It's an amazing achievement what they've done again. He's buzzing and I'm sure he can't wait to get out playing again."

Asked whether he'd like to see England drawn against Iceland at the 2018 FIFA World Cup, Joe responded: "Not again, no! To be honest with you, I was quite happy with him to do as well as he did last year too, on a personal level. Hopefully they can do well again."