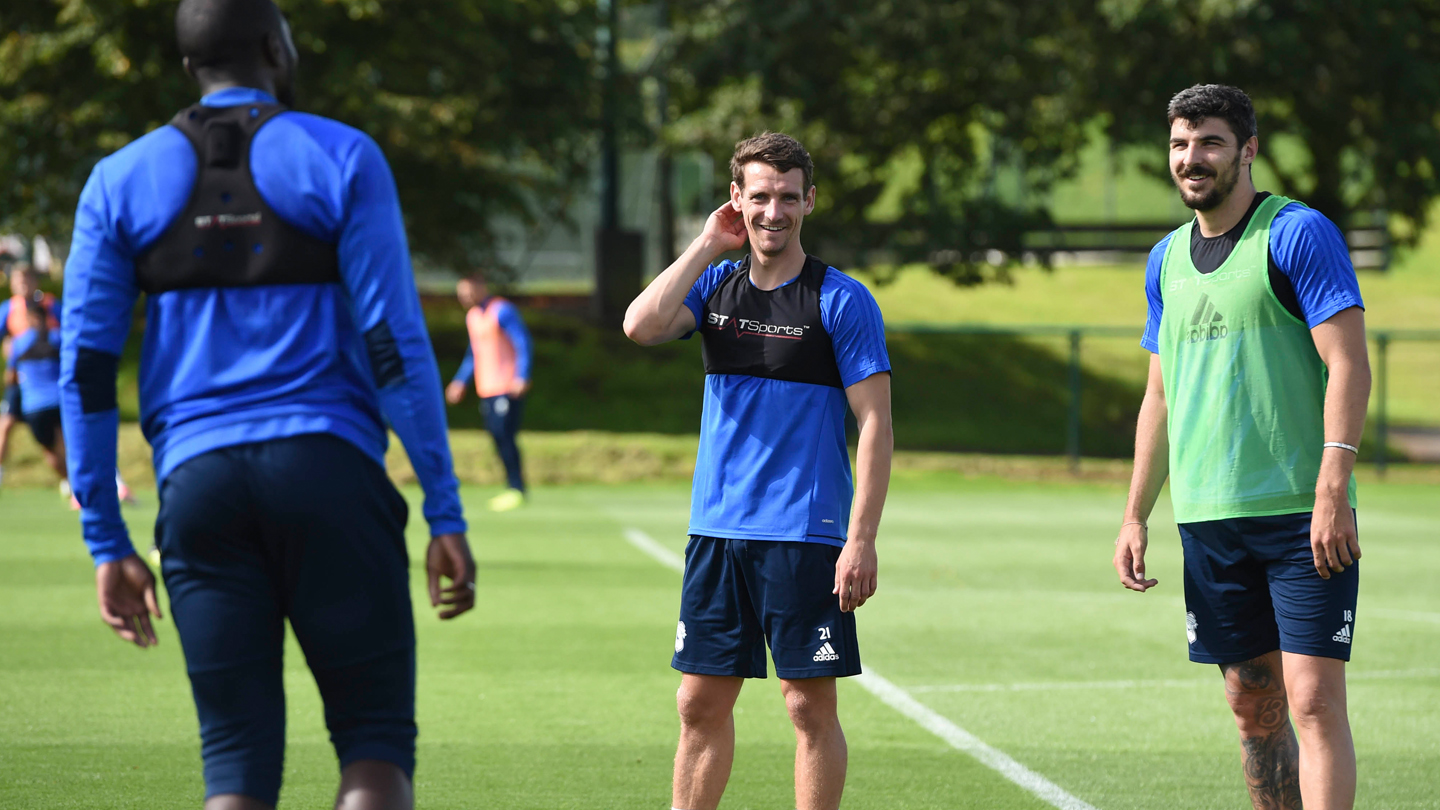 Ahead of Saturday’s Sky Bet Championship clash with Fulham at Craven Cottage, the Bluebirds' deadline day capture Craig Bryson spoke to the press and media.

The Scottish midfielder spoke of his delight to sign on a season-long loan deal from Derby County.

“It was a really difficult decision for me to leave Derby," Began Craig. "I’ve been there for six years and had so many great times.

“I know the Gaffer here had phoned Gary Rowett a few times about me and I think with the Manager’s record here and his experience, it made it a no-brainer for me to come to Cardiff.

“They have made an unbelievable start to the season - I'm just happy to be here and be part of the squad. I’ve also been in the changing rooms for a few days and they have got a great team spirit. They all seem to work together and when you look around the place, it’s a good squad to be part of.”

Bryson has made 180 appearances in the Sky Bet Championship and it’s no surprise that his performances at Derby made him Neil Warnock’s number one transfer target of the summer.

“It always helps when you have a manager that makes you feel welcome," Craig continued. "And how much he actually wants you makes it an easier decision.”

With City top of the table, Bryson believes that the Club have done exceptionally well to achieve the 100% league record that they look to preserve tomorrow afternoon.

“I think to win five games in any league is a great achievement," he added. "But especially in the Championship where all the teams are so evenly matched.

“I just hope it continues and we can be right up there at the end of the season.”