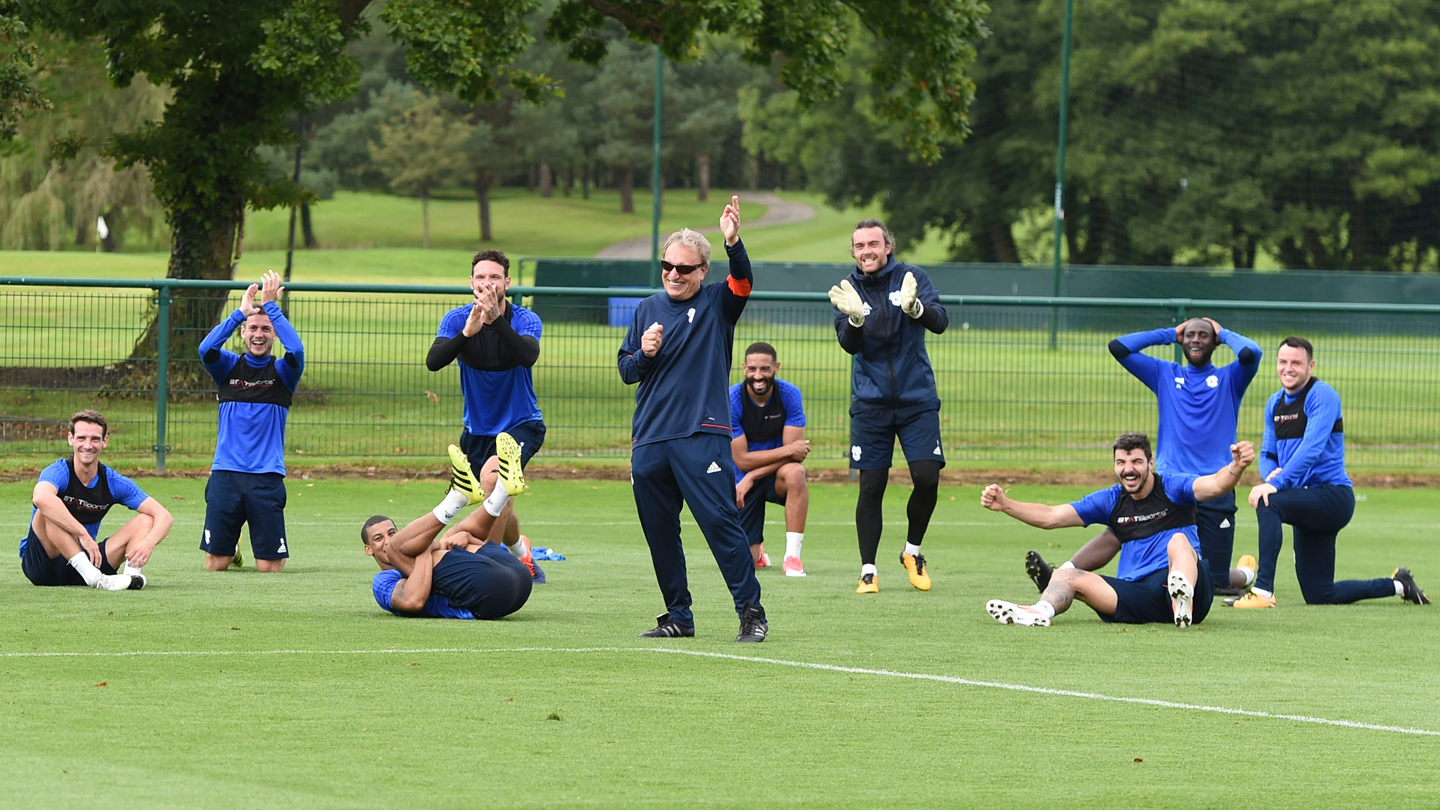 Warnock: "The lads have lifted themselves!"

Fresh from receiving the Sky Bet Championship Manager of the Month award for his side’s flawless start to the season, the Gaffer addressed the assembled press and media ahead of Saturday’s trip to Fulham.

“It’s a really good achievement. All the lads are enjoying it and they were even before the season started. We had a very good pre-season and I think that’s when you build this togetherness which helps you over the winter months.

“All credit to the lads that were already here as well. One or two of the lads have lifted themselves. I’ve not seen Junior [Hoilett] or Sol [Bamba] play like this before. You’ve got your consistent ones like Peltier and Gunnars. Rallsy has improved beyond all recognition – he’s matured into a very good midfielder.

"Then you’ve also got Zohore as good as anything in the country and, with Mendez-Laing playing like this, we’ve got that freedom to enjoy it.”

Warnock also explained his excitement at being able to secure the deadline day signing of midfielder Craig Bryson.

“He was my number one target," the Gaffer continued. "I just had a hunch when I rang on that morning, because I had to get it passed by Tan Sri Vincent Tan, Mehmet [Dalman] and Ken [Choo], they were fabulous. They really helped me secure Craig as they knew he was my target."

Looking ahead to Saturday’s encounter, Neil outlined the importance of a good result and expressed his admiration for the Cottagers.

“I think they were the best team we played last year in the play-offs," he added. "I thought if they got past Reading they’d have gone up.

“I have lost in the play-offs once – I’ve won four – but I did lose one here in Wales. It’s a horrible feeling and it’s very difficult to get the lads up, no matter what you say.

“They must have known they were the best team so it’s a double low to them. They’ve got so many good players, they’ll have a lot of the ball.”