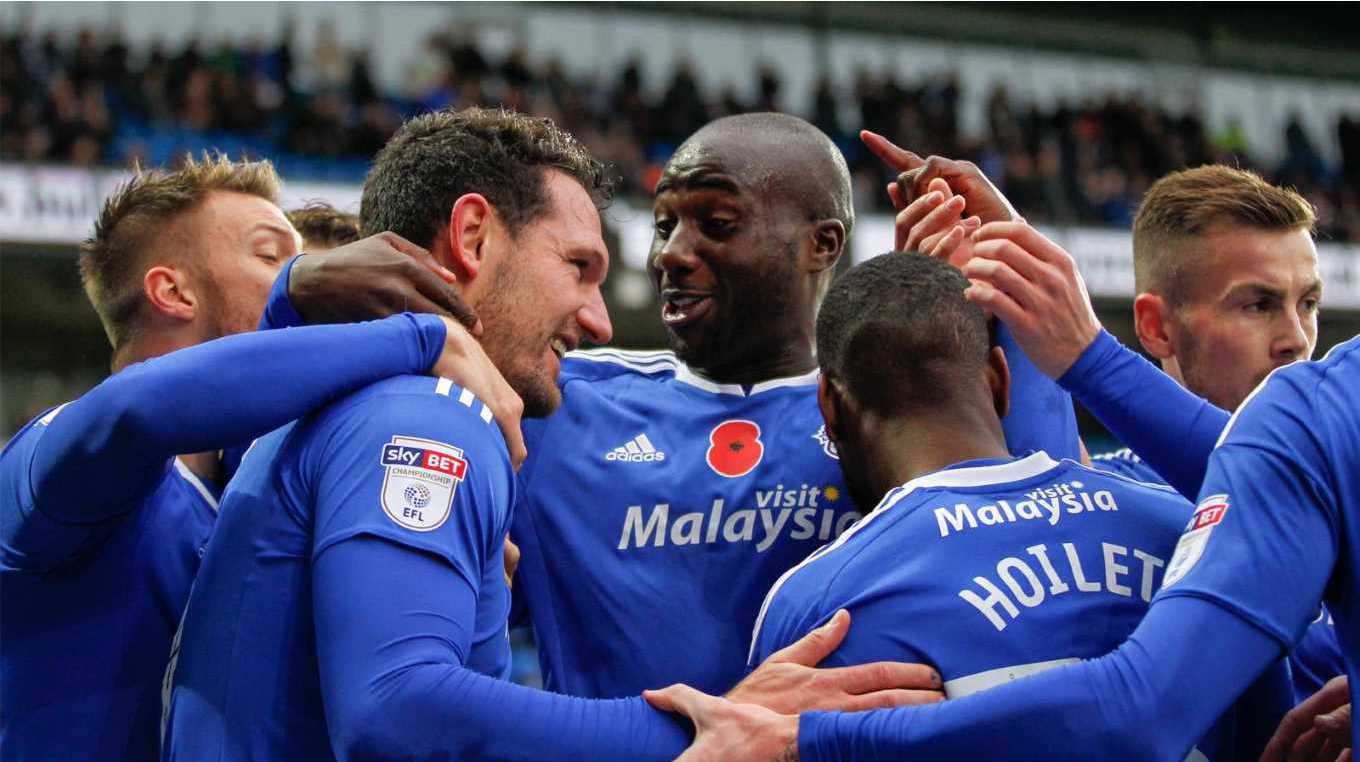 The Bluebirds have a magnificent recent record against the Terriers and currently hold a four-game winning run, with nine matches unbeaten.

In the 2011/12 League Cup Second Round, City battled then-League One team Huddersfield Town at Cardiff City Stadium. The Bluebirds made a terrific start to the match, scoring after 16 minutes. From the right-wing, Craig Conway’s free-kick found the head of Gábor Gyepes, who finished. Then one minute later, another Conway cross found Jon Parkin, who headed home to swiftly double City’s lead - the hosts gaining a comfortable, early advantage.

After the interval, it took eight minutes for the Terriers to pull one goal back through Jordan Rhodes. The striker charged down defender Paul Quinn’s clearance, before collecting the loose ball and finishing from a narrow angle. Then 17 minutes later, current City player Danny Ward equalised for Lee Clark’s side before Rhodes sealed a brace with two minutes of the 90 remaining, giving the perception that it was Huddersfield Town’s day. However, the Bluebirds did not give up and after three minutes of stoppage time, Don Cowie headed from Conway’s cross to dramatically draw level and force the game into extra-time.

Six minutes into the additional period, Conway changed from provider to scorer. Peter Whittingham’s accurate long-ball sent the winger into space and Ian Bennett couldn’t keep out the Scotsman’s deflected drive. With three minutes of the 120 left, Cowie’s super strike secured a fifth to seal City’s League Cup Third Round spot and an individual brace. This was just one of a number of memorable matches on that incredible cup run!

After the interval, the affair livened as both sides went for victory and 24 minutes into the half, the Bluebirds opened the scoring through Anthony Pilkington. Substitute Sammy Ameobi perfectly passed to the Republic of Ireland international, who turned his marker before slotting home at close-range. Eight minutes later, Joe Mason doubled the our advantage. Ameobi secured a brace of assists, threading the ball beyond Jed Steer for the forward, who side-footed into the empty net at an acute angle.

The victory and three points saw Russell Slade’s men move up to second in the Championship table after an unbeaten six games.

As the 2015/16 season’s January transfer window neared a close, the Bluebirds travelled to John Smith’s Stadium to face Huddersfield Town in the Championship. Russell Slade’s side broke the deadlock, after 37 minutes. On the right flank, Newcastle United loanee Sammy Ameobi demonstrated dangerous pace before passing inside to Anthony Pilkington. From the byline, the former Terrier cut-back to Peter Whittingham, who slotted right-footed around Jed Steer. Three minutes later, the hosts equalised through the lively Nahki Wells. Jamie Paterson’s cross found the Bermudian forward, who turned before firing low past David Marshall.

After the interval, both sides pushed for the lead and City were successful, 16 minutes in. Classy combination play on the right saw the Huddersfield defence split open with Fábio playing Ameobi through on goal. The loanee winger found recent loan signing Lex Immers, who composedly finished on his first City start.

A trademark Whittingham free-kick extended the away side’s advantage to 3-1, after 79 minutes. From the edge of the area, our iconic No.7 sweetly-struck the set-piece over the wall and into the top corner, securing a brace. Then two minutes into additional time, Harry Bunn sealed a consolation goal for the Terriers.

That proved to be the final action of the affair as City gained back-to-back away victories over Huddersfield Town, their first time against any Club that campaign. The Bluebirds rose to seventh-place in the Championship standings, one-point off eighth-placed Ipswich Town.

City hosted high-flying Huddersfield Town at Cardiff City Stadium in the Championship in late November 2016. Despite the difference in league position, the Bluebirds started the match electrically, coming close on several occasions before Sean Morrison broke the deadlock, after 15 minutes. From a trademark Peter Whittingham corner, the centre-back rose to head past goalkeeper Danny Ward.

Two minutes later, the Bluebirds doubled their lead through Junior Hoilett. The Canadian international gathered possession on the right wing and showed superb skill to beat a covering defender, before feeding Anthony Pilkington through. The forward’s effort was parried by Ward and City’s No. 33 struck on the rebound.

After 28 minutes, the Terriers Captain Tommy Smith reduced the goal deficit to one. Kasey Palmer’s well-timed through-ball found the right-back, who finished. Despite this set-back, five minutes later, Neil Warnock’s side regained their two-goal advantage through Rickie Lambert. Whittingham’s long free-kick found Morrison and the City captain headed on for the former England international, who volleyed home. Phillip Billing secured a consolation goal for the visitors, after 70 minutes. The substitute sweetly struck a half-volley from the edge of the box, but it was the Bluebirds who secured another three points.

On the final day of the 2016/17 Championship season, City travelled to John Smith's Stadium to face a Terriers side who had already sealed a Play-Off spot.

Neil Warnock set his side out in an unfamiliar 5-3-2 formation. The Bluebirds were rewarded though for an attacking start after seven minutes. The Club’s top scorer Kenneth Zohore latched onto a terrific through-ball from Anthony Pilkington and slotted past Danny Ward.

13 minutes later, David Wagner’s side were reduced to 10-men as goalkeeper Ward handballed outside the box in a challenge with Junior Hoilett. City took full advantage of the extra man and doubled their lead, after 29 minutes. Zohore squared the ball from the left for Joe Bennett inside the area, who fired into the roof of the net, securing his second goal of the season.

The Bluebirds trebled their advantage through a wonderful team move, after 71 minutes. Substitutes Peter Whittingham and Mark Harris combined and the Academy graduate beat a man before passing to Zohore on the left flank. The Denmark U21 international showed strength and fantastic footwork to hold off a covering defender before assisting Bennett again. Left-footed, the left-back stroked the ball into the far corner to seal a brace. The deserved three-goal victory saw Cardiff City rise to 12th-place in the Championship table, concluding the campaign in style.

Tickets for our away match at Huddersfield Town are now extremely limited. Click here for full details. 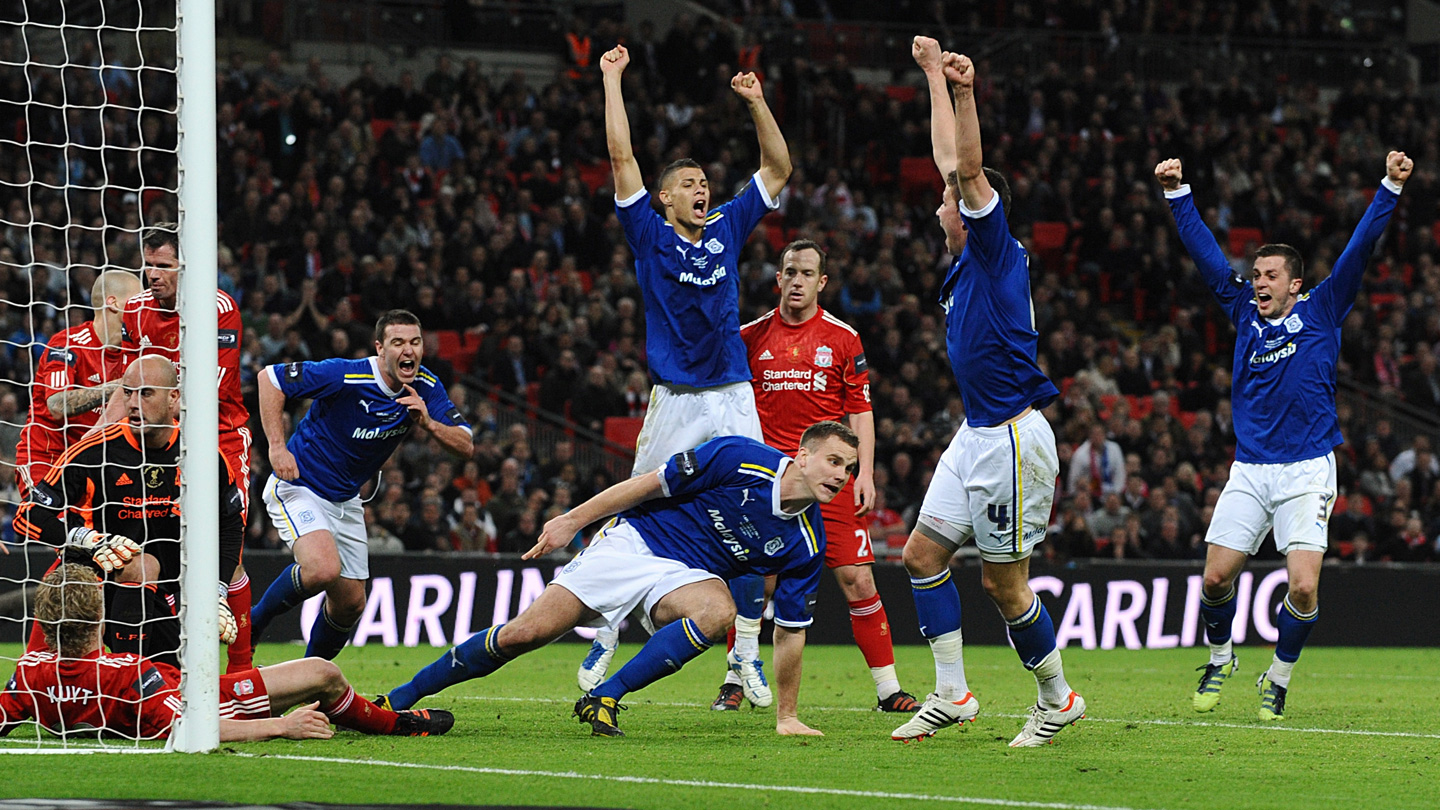 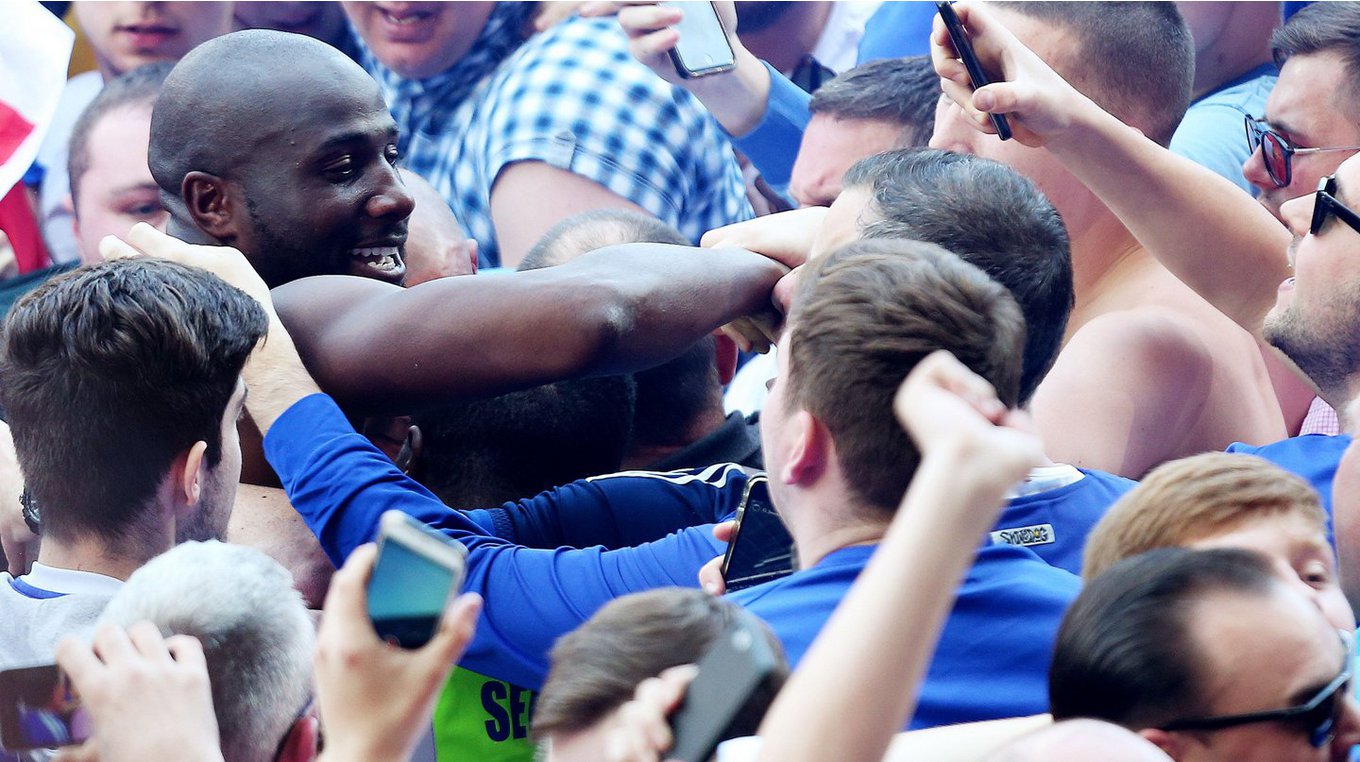