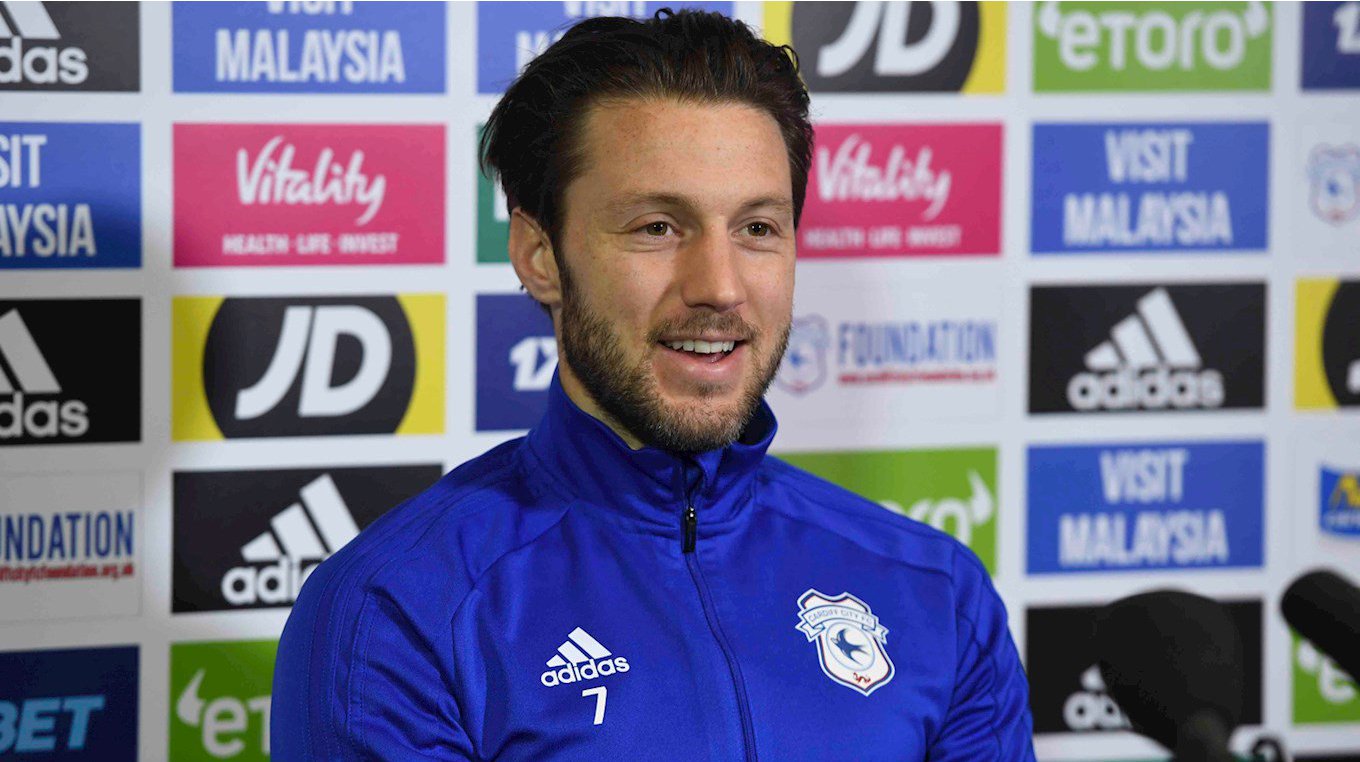 Arter: It's my favourite time of the year to play

Since Harry Arter signed for the Bluebirds on a season-long-loan deal from Bournemouth in August, the Bluebirds faithful have certainly taken to the experienced Premier League midfielder for his industrious performances in the City shirt.

Ahead of our Boxing Day clash with the Eagles at Selhurst Park, Harry reflected on Saturday's disappointing defeat to a strong Manchester United outfit at CCS, and explained how the players will be looking to respond against Roy Hodgson’s men.

“It’s one we have to put behind us now,” began the 28-year-old. “A change of manager always brings a completely new test, as players seem to find a new gear. We faced Southampton in our last home game before Manchester United and knew that would be tough, but we managed to come through that one.

"We were hoping the same against Manchester United, so it was disappointing not to get the result.”

The Republic of Ireland international went on to outline the importance of picking up points throughout the busy festive period.

“It’s my favourite time of the year to play,” continued Harry. “There’s always a good feeling around the ground and a real togetherness, no matter who we are playing. There is genuine happiness around the place.

"The away games are always going to be tough for us this season and our home form speaks volumes. The fans always cheer us on through the last few minutes of the games to help us grab those points. We’re hoping we can turn our away form around.

"We need to outwork and outperform teams like we do at home and if we can do this then we’ll definitely start picking up more points on the road.

“Crystal Palace have been an established Premier League side for a while now and we’re working towards what they have been achieving year in, year out. We have to try and take points off these kind of teams.

"Our travelling supporters have been brilliant this year, they’ve been behind us when we’ve put in good performances but not got a positive result; they’ve been a credit home and away. They make plenty of noise and hopefully we can give them something to cheer about over Christmas.”

Arter concluded by expressing how important it is to keep revitalised over the congested fixture period and how he has taken to the Bluebirds supporters since his arrival.

“You need one or two days rest, but with there being so many games this time of the year, you prepare yourself for it," he explained. "As soon as one game ends, I’m looking forward to the next already. Thankfully, this season I have been playing consistently.

“Every player loves having the backing from their supporters. It’s great when the fans appreciate it when you’re giving it your all. They’ve made my stay here enjoyable so far. I always try and leave everything out on the pitch and it’s nice to see they’ve noticed that - it’s been a good relationship so far.”