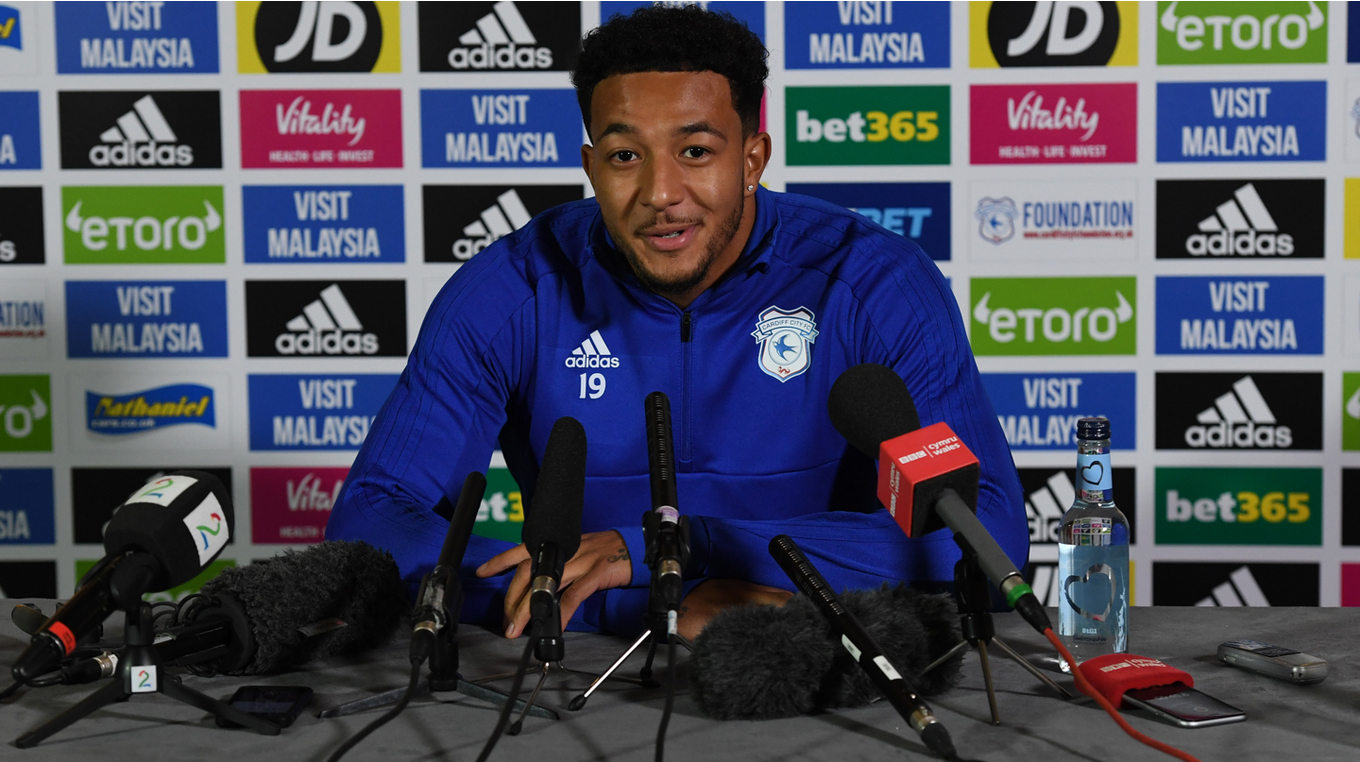 Mendez-Laing: ‘It's a massive game’

Since making his return from a knee injury, Nathaniel Mendez-Laing has impressed in the Bluebirds' last three matches, starting in our victory over Southampton last time out at CCS.

The winger spoke at City's pre-match press conference ahead of our fixture with Manchester United, expressing his excitement to face the Red Devils at home this Saturday.

“It’s a massive game, so hopefully we can get out there and get three points.” Mendez began. “Their players have all got a point to prove now, and I’m sure they’ll all be up for the challenge. United are obviously not where they want to be, so I’m sure they will want to come here firing and try to get back up the table.

“You have to relish the opportunity to play against Manchester United. Everybody’s up for it, everyone wants to play in the big games, and if you get the chance you need to get out there in front of the fans and show what you can do.

“The fans have been like a twelfth man all season, and I’m sure they’ll all be buzzing for this game. They will be right behind us as they always are, especially at home.

The fixtures come thick and fast at this time of year, and Nathaniel spoke about how the Christmas period can keep spirits high.

“There’s nothing better for us than going into the Christmas period being outside the bottom three," he said. "So hopefully we can stay there by getting a result tomorrow.

"Over Christmas, I won't have time to get back to Birmingham, so I’ll just be training and travelling to the matches. We'll work hard, it’s the time to be jolly, so everyone is happy.

"A lot of people have their families here but come Saturday, football will be everyone’s focus. It is quite busy, but no-one can change that."