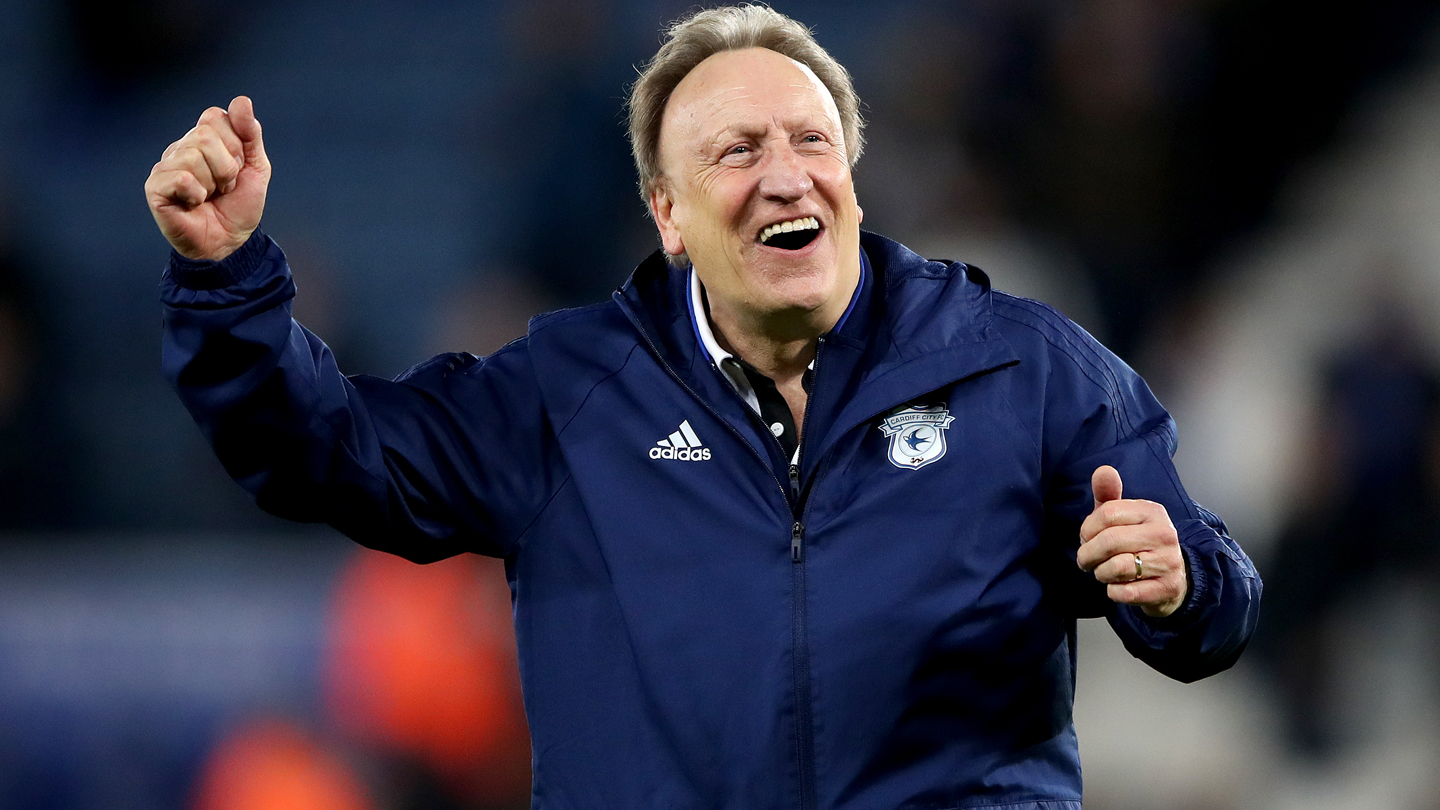 Warnock: The most amazing year of my career

Neil Warnock spoke at the Vale Resort prior to the Bluebirds' first match of 2019, at home to Tottenham Hotspur.

Ahead of the New Year's Day clash (kick-off: 5:30pm), Neil reflected on a memorable last twelve months in the Welsh capital.

"For a calendar year, it's probably the most amazing year I've ever had in my career," he began.

"To think in 2018, after surviving beforehand and losing every game last Christmas, to turn that around and get automatic promotion, take the Club up and now have 18 points by the New Year has been an amazing thing.

"I don't think any of it could have been done without everyone singing from the same hymn sheet. The fans have just been quite amazing - you'd really put them at the top of the list. The way they've got behind us, I've even got goose pimples now talking about it.

"At the end of last season at Hull City - I'll never forget that. After the warm-up the lads came in saying: 'have you ever heard anything like that?' and it was 45 minutes before kick-off! That was the win that got us up, make no mistake about that.

"This year, every week has been the same. I've never heard anything like it either. On Saturday my daughter said that all you could hear on the radio was the Cardiff fans singing the national anthem and everything else!

"It's just a fabulous place to be and you feel so proud to in charge of a Club like this at a time like this."

The Bluebirds return home to CCS having taken four points from two tough matches on the road. The Gaffer went on to assess the threat posed by Mauricio Pochettino's Spurs.

"It's a massive challenge," he said. "They've got so many quality players and I think they've done a fabulous job this year.

"I always get on well with [Pochettino] and his staff - I think they are very good as well.

"They have one bad result and it's a catastrophe in the press, but I think they improve year-on-year and now it's a very exciting club with the prospect of the new stadium et cetera."