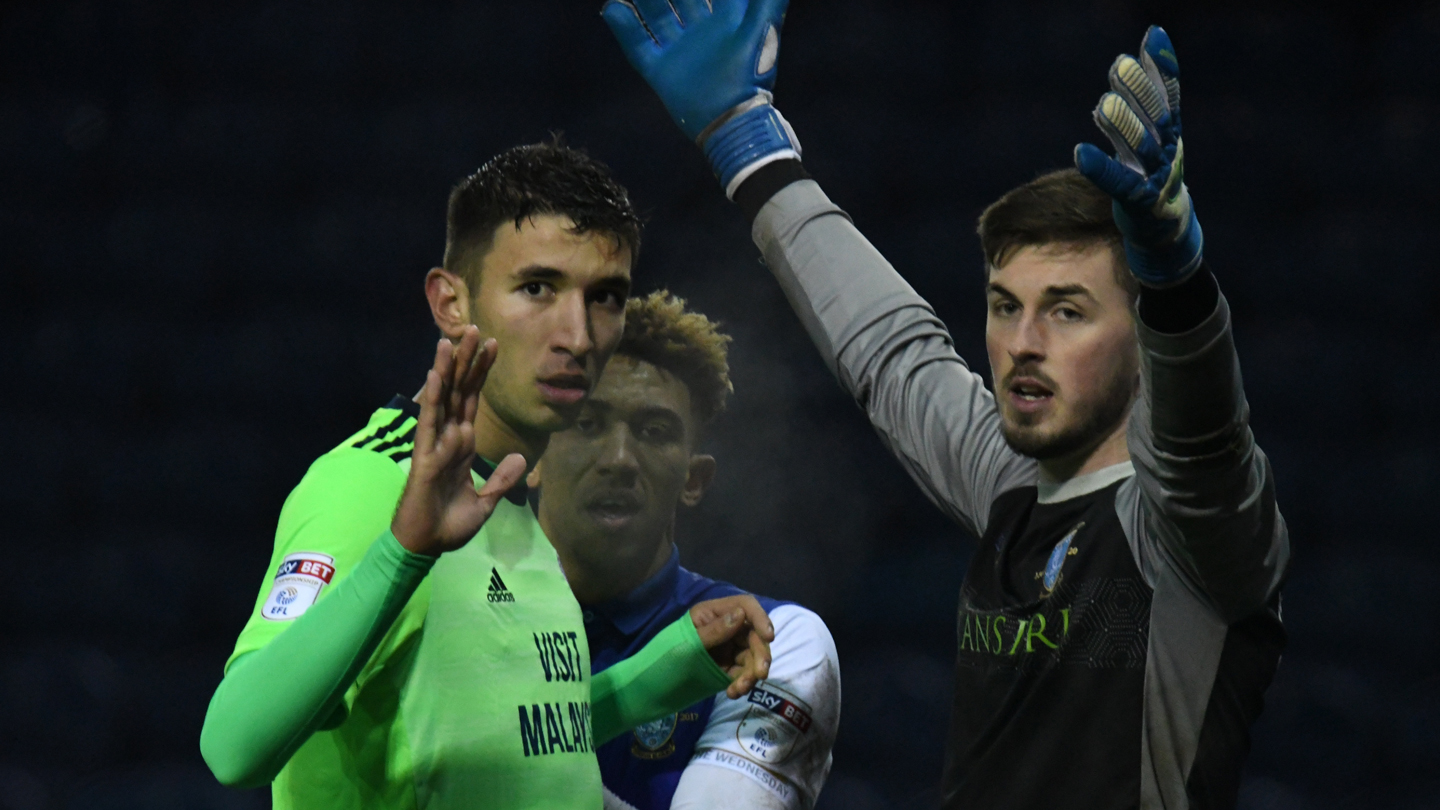 Neil Warnock made three changes from the side that beat Mansfield Town in the Emirates FA Cup in midweek as Sol Bamba, Yanic Wildschut, and debutant Marko Grujić came into the starting eleven.

From the outset of the first half, City dominated possession and their first opportunity came after 12 minutes when Sean Morrison diverted a Joe Ralls free-kick just wide of goal. Then a minute later, Kenneth Zohore had a goal disallowed. Superb strength and technique from the Danish forward after appearing to outmuscle a defender off the ball before striking into the top left corner, but the referee ruled it out, punishing Zohore for an apparent foul.

After 21 minutes, Junior Hoilett led the charge and laid the ball off for Wildschut, although his shot from the left edge of the area was saved well by Joe Wildsmith. A first chance for the Owls came after 28 minutes as Lucas Joao broke away down the left, and cut the ball back for Ross Wallace, who fired over from 30 yards.

Just three minutes, it was the Bluebirds on the front foot once again. Ralls received the ball from Hoilett on the edge of the area, before seeing his left-footed effort go just wide of the right post. Liverpool loanee Grujić was enjoying a strong start to his time at Cardiff City, and came close to a debut goal after 37 minutes. A low drive from 35 yards looked to creep inside the right post before Wildsmith tipped wide.

Despite dominating the first 40 minutes, the Bluebirds were forced back for the final minutes of the half. The Owls had a brilliant opportunity to break the deadlock, when Jordan Rhodes found himself free in the area, but he headed over at close range. Rhodes found himself in front of goal again moments later when Joao played him through with a minute remaining in the half but Neil Etheridge did brilliantly to parry the shot away, and Adam Reach couldn’t capitalise on the rebound.

It was a more even second half – with the Bluebirds and the Owls trading chances. Five minutes after the interval, the Bluebirds came close as Ralls dragged his shot wide of the right post from just outside the box.

After 57 minutes, Rhodes put Joao one-on-one with Etheridge, who did well to rush off his line, and pressure the forward before he dragged the shot wide of the left post. Joao was a threat for the hosts, and went near again five minutes later when he connected with Rhodes’ cross but the City No.25 Etheridge was on hand to deny the forward once again.

Wildschut came closest to opening the scoring after sixty-five minutes. The on-loan Norwich City winger showed superb close control in turning on the edge of the area before firing towards goal only for it to go agonisingly wide of the right post.

There was a real positive for the Bluebirds late in the half as winger Kadeem Harris made his first competitive appearance of the season, returning from injury. Chances though were at a premium in the closing stages of the game, and the referee blew his whistle after the three minutes of added time. The Bluebirds taking a point to move up to third place in the Sky Bet Championship.