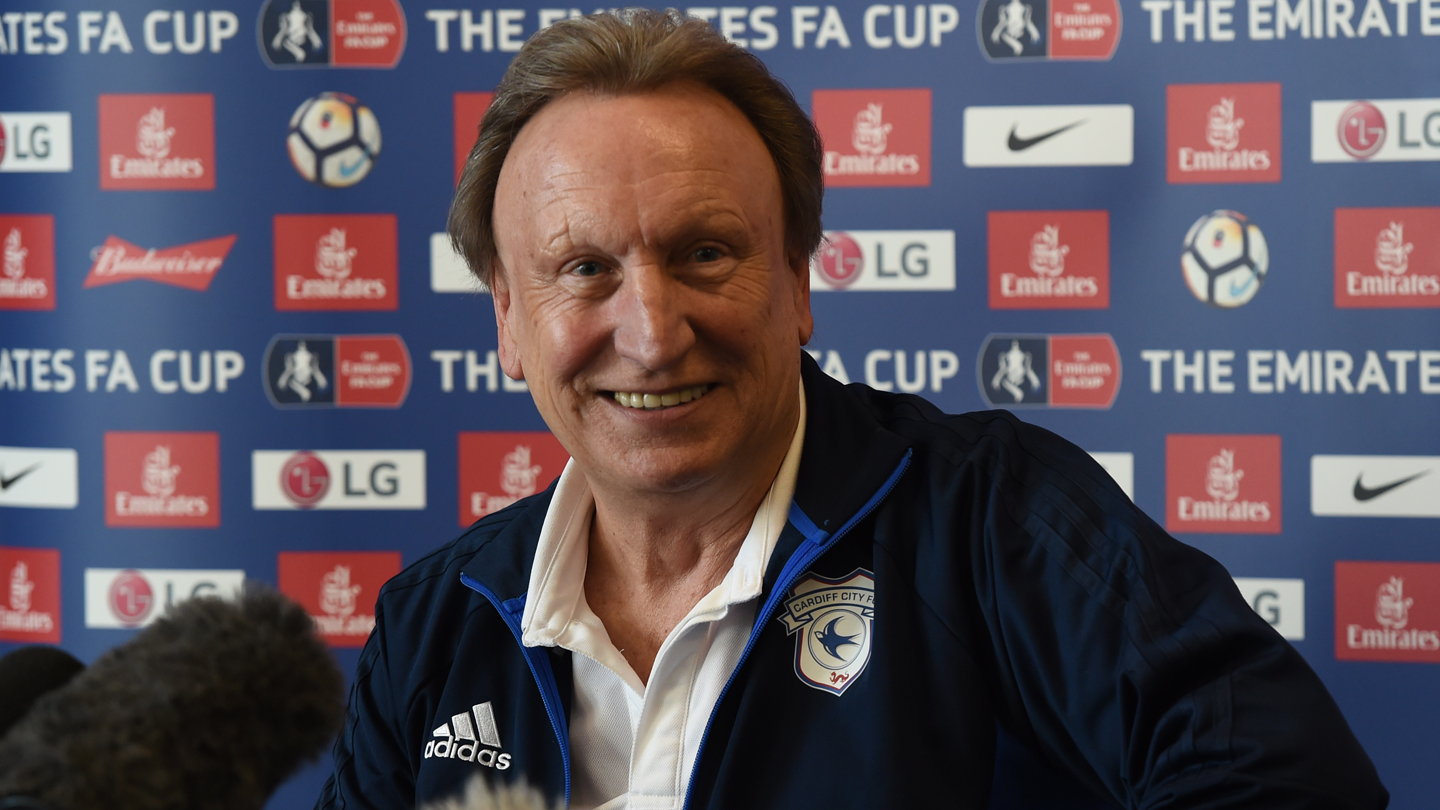 Warnock: "I want to show what we can do"

Neil Warnock spoke to the assembled press and media at a busy Vale Resort on Friday afternoon.

Looking ahead to Sunday’s Emirates FA Cup tie with Premier League leaders, Manchester City, Neil called for the sell-out Cardiff City Stadium crowd to back the boys on a huge day in the Welsh capital.

“This is a bonus game for us," he began. "But it will be interesting to see if we can cause them problems and it’ll be a great test for us. We can have a right good go at it on Sunday and it’s going to be great for our lads to go up against against them.

“The fans can help us too. They’ll really get behind us and I’m looking forward to having a full house. Turning out in force to watch your team play the best in the country does make you proud. It will be a great atmosphere.”

The City boss then explained how he’s prepared his squad for Sunday’s match, and how much he is looking forward to pitting his wits against Pep Guardiola.

“It’s been the easiest week so far in training,” the Gaffer joked. “Because we haven’t had the ball all week - we’ve just been chasing shadows!

“It’s nice for me to come up against managers like that and work out how we can try to give them a game. I want to show what we can do.

“Although I’ve never met Pep, I have to say, to see him there watching the Mansfield game at an old-fashioned ground – and on the coldest night of the year – was a bit of class. It showed just what every game means to him.”

Watch all the build-up to City vs. Man City - including Neil Warnock and Sean Morrison's press conferences - on iFollow Cardiff City.