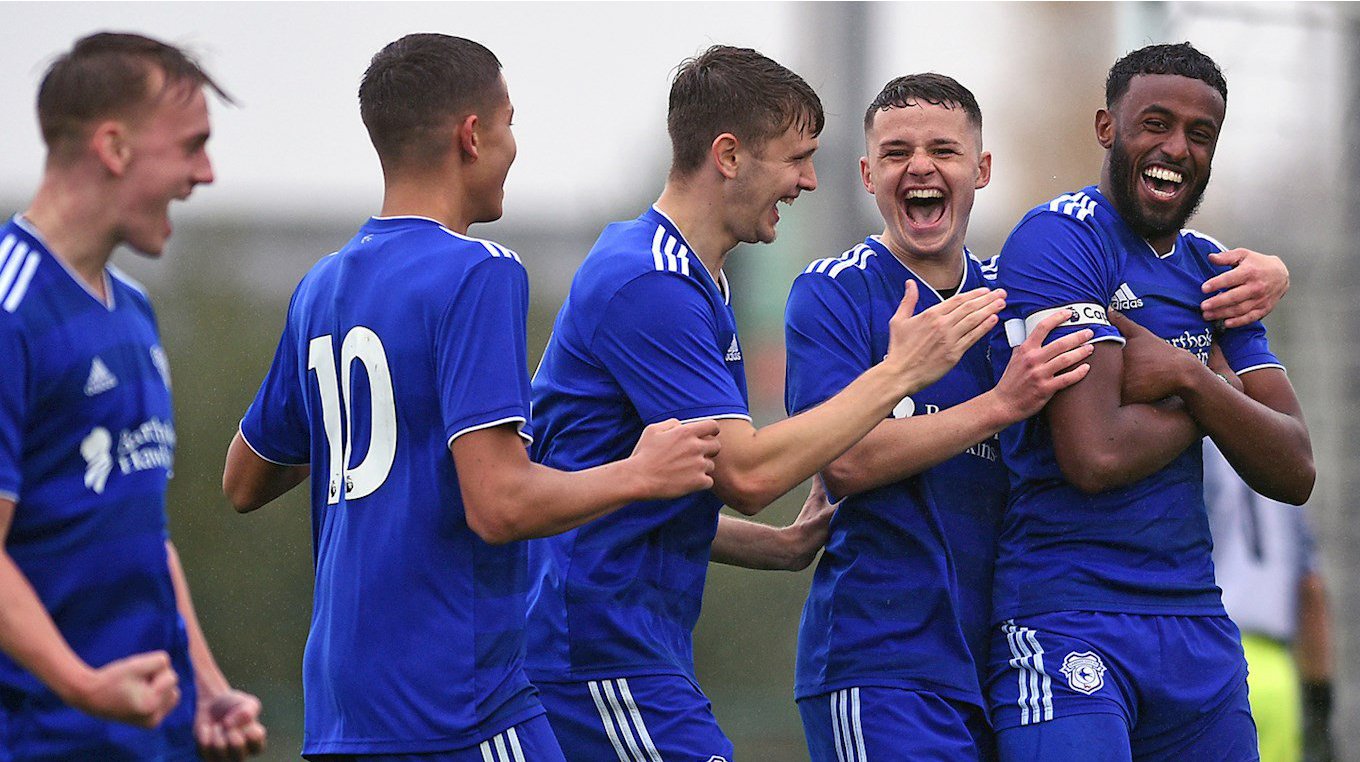 Cardiff City’s U18 side battled to a hard-fought 1-0 victory against the R’s at Sipson Lane, after going ahead through Ben Margetson’s header after 25 minutes on Saturday, November 10th.

Cardiff City’s U18 side battled to a hard-fought 1-0 victory against the R’s at Sipson Lane, going ahead through Ben Margetson’s header after 25 minutes on Saturday, November 10th.

The young Bluebirds went into the game knowing that a win would maintain their position at the top of the PDL2 South ahead of the international break, following on from victories against Colchester United and Charlton Athletic in recent weeks, which helped them to move above second placed Ipswich Town.

Both sides paid their respects pre-match to honour the 100th anniversary of the Armistice, ahead of Remembrance Sunday.

It would be Craig Bellamy’s side who created the first chance of the match in tricky conditions, as Ryan Reynolds’ header drifted just wide of the R’s goal with seven minutes played. Dan Griffiths would go closest to finding a goal, though. The forward was unfortunate to see his deflected effort go agonizingly wide of Middlehurst’s goal.

City would be rewarded for their considerable efforts as the game progressed, when defender Ben Margetson scored a vital goal to put his side ahead. Margetson was the first to react from a corner into the opposition box, finding the bottom-left corner with a fine header in the 25th minute.

Isaak Davies had two attempts blocked last-ditch by the hosts’ defenders, meaning that the young Bluebirds went into the break a goal ahead after a dominant half.

Both sides would start the second period in the same fashion as the first, as City took control of the early proceedings in London with Isaak Davies going close yet again from close-range.

QPR had their best chance just short of the hour mark, when Frailling shot from distance, but couldn’t find the target to draw his side level.

Dan Griffiths was sent off in the 87th minute, which took some of the gloss away from a great performance in London. Despite falling to ten men late on, Craig Bellamy’s side held on until the final whistle to claim all three points, keeping City top of the PDL2 South heading into the international break.