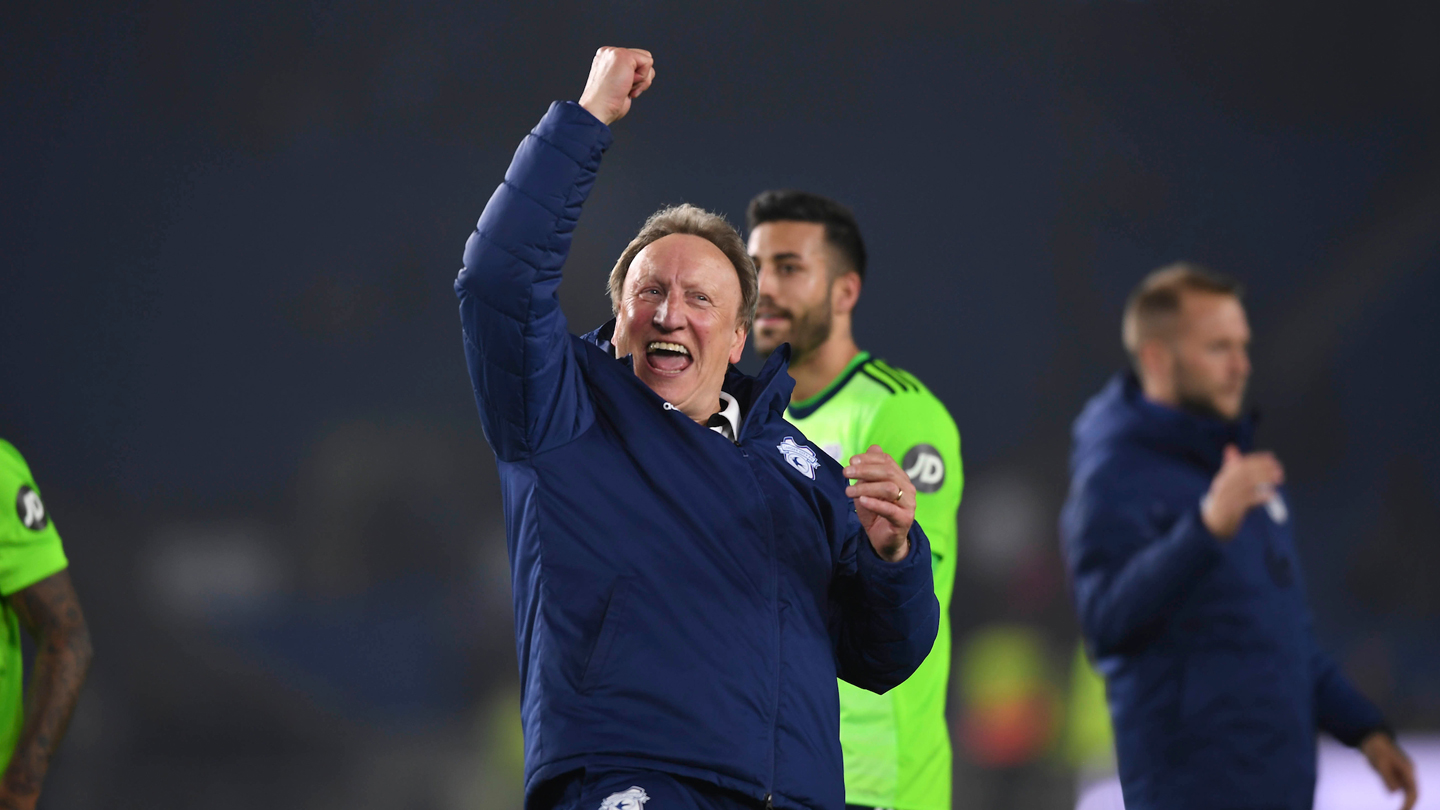 Warnock: "We’ve got a lot of guts and determination!"

Neil Warnock spoke to the press after the Bluebirds secured all three points and a league double over the Seagulls with a 2-0 triumph at the AMEX Stadium.

The Bluebirds sealed their third Premier League away win of the season through goals from Nathaniel Mendez-Laing and Sean Morrison either side of the break.

“We’re fighting,” began the Gaffer. “We’ve got a lot of guts and determination, whatever happens you can’t fault the lads. We’ve been kicked in the teeth so many times since Christmas and we keep bouncing back. I’m ever so proud of the players and the fans – they really were amazing and deserve that trip home tonight.

“We can only do our best. We’ve had disappointing performances this season, but the lads give me everything and we always manage to bounce back.

“In fairness, none of the players have been down. I didn’t sense any pressure we just wanted to impress the fans.

"We looked as if we were enjoying the battle tonight, we had some super performances and played some really good football at times. On another day we could’ve scored a few more goals."

He continued: “We just have to keep on going. We deserve to be on a few more points and I think we can get a few more this season.

"As a club we deserved that tonight."

Neil concluded by looking ahead to Sunday’s encounter with Jürgen Klopp’s Liverpool at CCS in front of a sell-out crowd.

“It’ll be brilliant and played in front of a full house. We’ll be playing against one of the best teams in the world who are going for the Premier League title - it’ll be a great occasion.

"We’re certainly not in it to make up the numbers.”