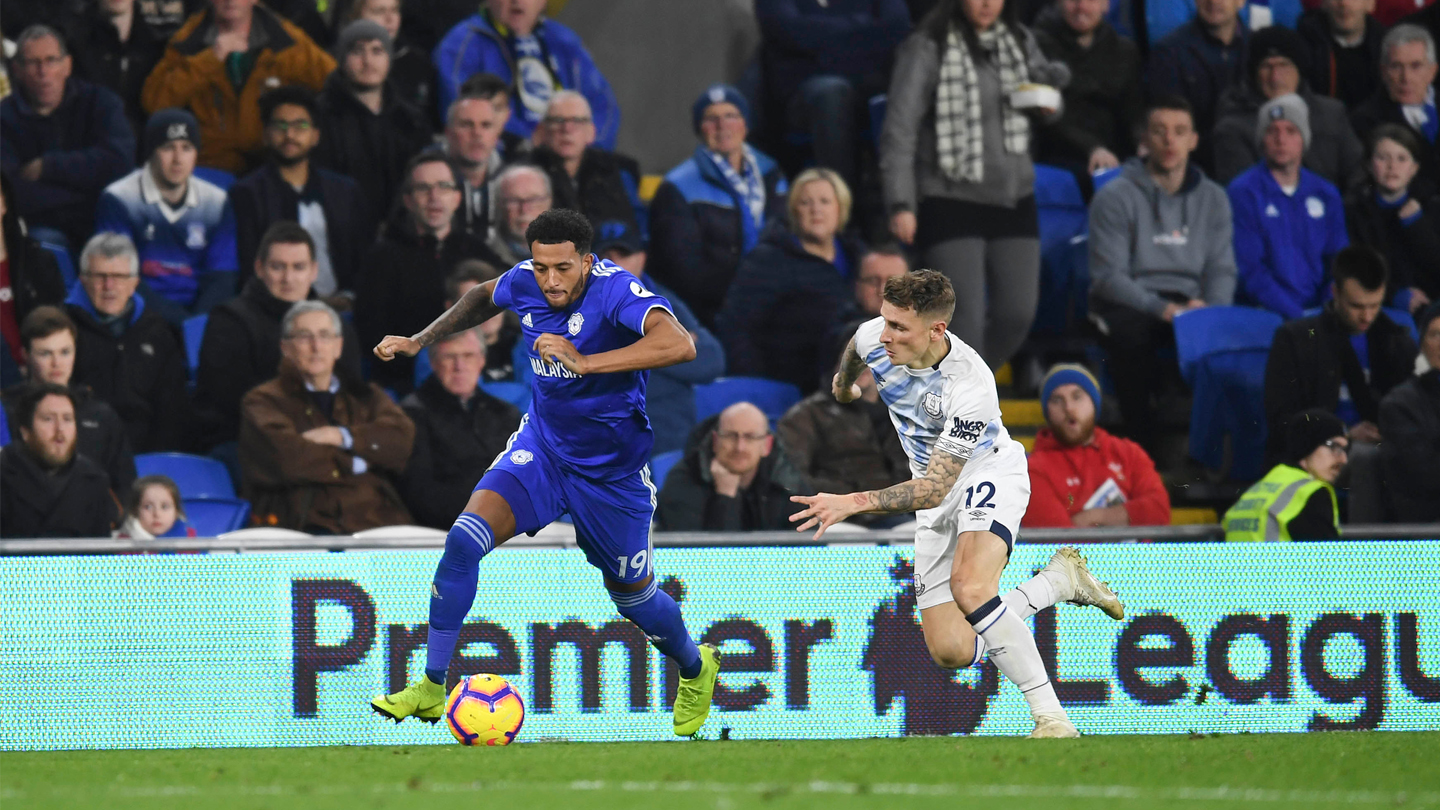 Match report for Cardiff City vs Everton on 26 Feb 19

Cardiff City fell to a 3-0 loss at home to Everton on Tuesday night.

Neil Warnock made five changes to the side that started against Watford on Friday night, including a start for Kenneth Zohore instead of Oumar Niasse, who was unable to play against his parent club.

City had the first chance of the match with less than two minutes played. Ken Zohore, who was making his first start for the Bluebirds since playing Burnley in September, used blistering speed to get to a through ball inside the Everton box, but his attempted low cross towards Nathaniel Mendez-Laing was intercepted, giving the hosts the first corner kick of the match.

Theo Walcott’s volleyed effort with ten minutes played was the visitors’ first real chance of the match. The former Arsenal man received the ball inside the area following a cross, but his effort flew across the face of goal.

Zohore had another chance before the half hour mark. Aron Gunnarsson beat a man outside the area and lobbed the ball into the box. The Danish striker was there to receive the pass and unleashed a strike that was again deflected and sent out for a corner.

Everton scored the first goal of the match five minutes from the interval. An unmarked Gylfi Sigurdsson received the ball inside the box and shot powerfully to Neil Etheridge’s right.

The second half began with attacking play from both sides, as both sets of defenders were put through their paces. A counter attack beginning deep in Everton’s own box ended with Richarlison’s attempt on goal, which was foiled by a fantastic sliding tackle from Bruno Ecuele Manga.

City applied pressure where they could for early parts of the second half, doggedly trying to get an equaliser. Zohore again utilised his pace to cut into Everton’s box with the ball, but found his cross stopped by the visitors’ back line.

The Toffees doubled their lead as Sigurdsson got his second goal of the match, shooting a rebounded effort high and past Etheridge with 25 minutes remaining.

Despite City's efforts to find a way back into the game, it was not to be, and Dominic Calvert-Lewin scored the third and final Everton goal deep into injury time.