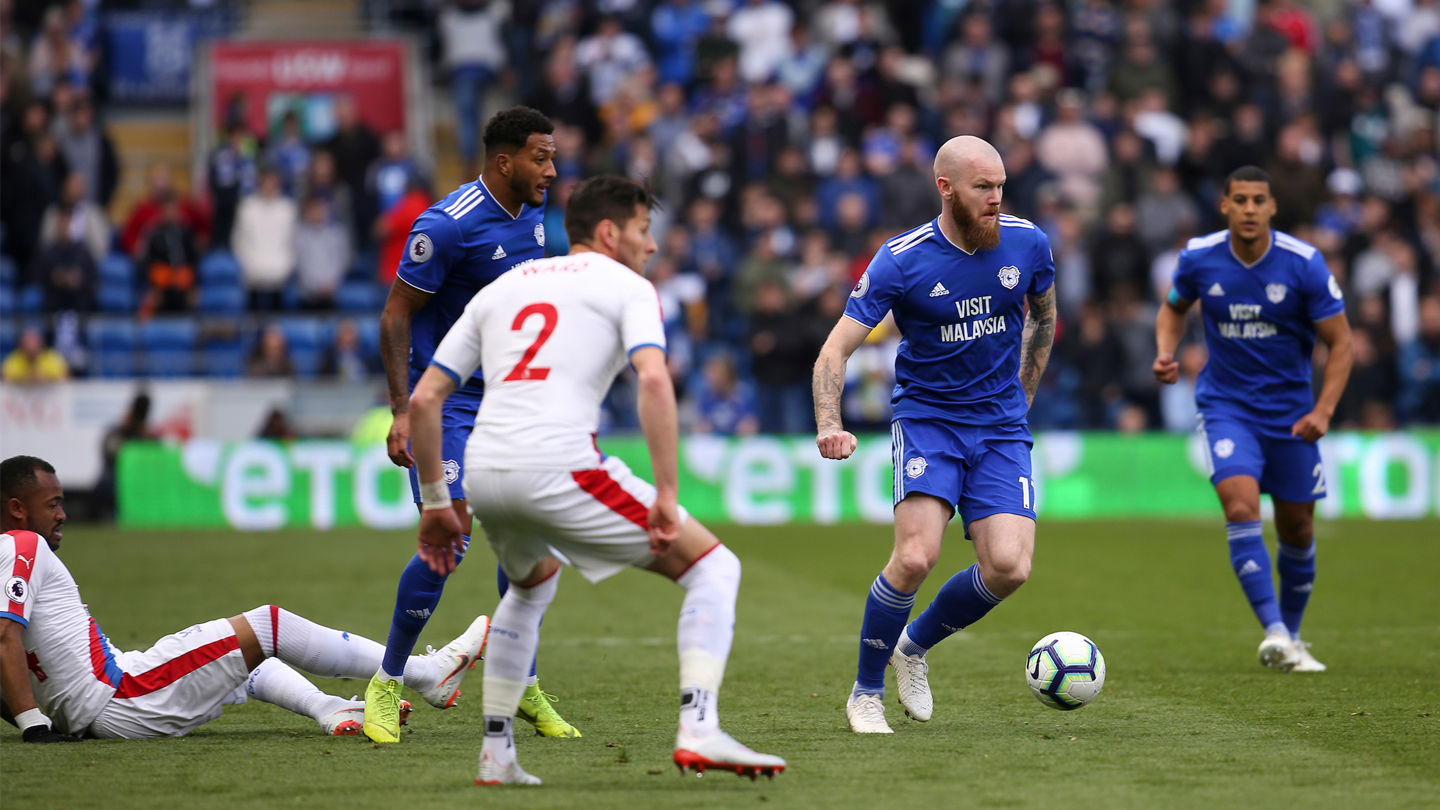 Cardiff City fell to a 2-3 defeat at CCS on Saturday evening...

With this result, Cardiff City's league position for the campaign was confirmed. The Bluebirds will play in the Sky Bet Championship in the 2019/20 season after finishing 18th.

Neil Warnock made three changes to the side that played against Fulham in their last match, including a start for Danny Ward, which was his first since playing against Manchester City in September.

The Bluebirds wasted no time in trying to open the scoring, as Josh Murphy unleashed a powerful shot from outside the area within a minute of play that took a deflection and hit the outside of the post. Palace pushed back shortly afterwards, and though their cross flew into City's area it was met in the air by the head of Sean Morrison, who cleared the threat.

Víctor Camarasa was forced to make an early exit from the match with ten minutes played, after an earlier collision while contesting for the ball left him with a leg injury. Leandro Bacuna replaced him.

Wilfried Zaha was given possession inside City's box at the quarter hour mark, but Aron Gunnarsson was at hand to battle the winger for the ball and took it from him. Zaha later hit the side netting with a shot from an acute angle at short distance, and eventually took the lead for Palace before the half hour mark with a low shot from the edge of the area.

The visitors did not hold the lead for long, however. Two minutes later Josh Murphy’s long ball found Bacuna on the wing, and the midfielder crossed the ball in for Danny Ward to meet. The cross was instead met by defender Martin Kelly, who accidentally kicked the ball past ‘keeper Vicente Guaita and into the back of his own net.

Michy Batshuayi’s goal five minutes before half-time put the visitors ahead again, leaving City to search of another equaliser. Two successive corners for the Bluebirds were subsequently delivered by Murphy, each nearly resulting in a goal through Bruno Ecuele Manga and Bobby Decordova-Reid, respectively.

Ward had the first chance for either side following the interval, shooting from inside the area, however his effort flew high and wide. Shortly afterwards things ended similarly at the other end, as Batshuayi missed from in front of goal.

Nathaniel Mendez-Laing provided City with their next big chance, utilising his pace to burst down the right wing and whip in a fantastic cross towards an unmarked Josh Murphy. Murphy took his shot on the volley, but hooked it into the side netting.

With an hour gone, Murphy again had the chance to equalise for City. Mendez-Laing laid the ball off for the winger inside the area, but his curling effort was deflected by Martin Kelly, who made up for his previous blunder.

Substitute Ken Zohore was put through on goal by Decordova-Reid a minute later, but he was unable to beat Guaita, who had come out to meet the striker's advance.

Andros Townsend doubled Palace’s lead with twenty minutes to go as his shot from range went past the fingers of Neil Etheridge and in off the bar.

The Bluebirds kept pushing to find their way back into the game, as Mendez-Laing and substitute Junior Hoilett got shots away, only to be stopped by the ‘keeper.

Decordova-Reid scored in the ninetieth minute with a terrific strike from outside the area, giving the Bluebirds three minutes of injury time to find an equaliser. However, a third goal proved too much to ask, and the match ended at a score of 3-2 to Crystal Palace.

The result means that Cardiff City will finish in 18th place in the Premier League, and joining the Sky Bet Championship in the 2019/20 season.