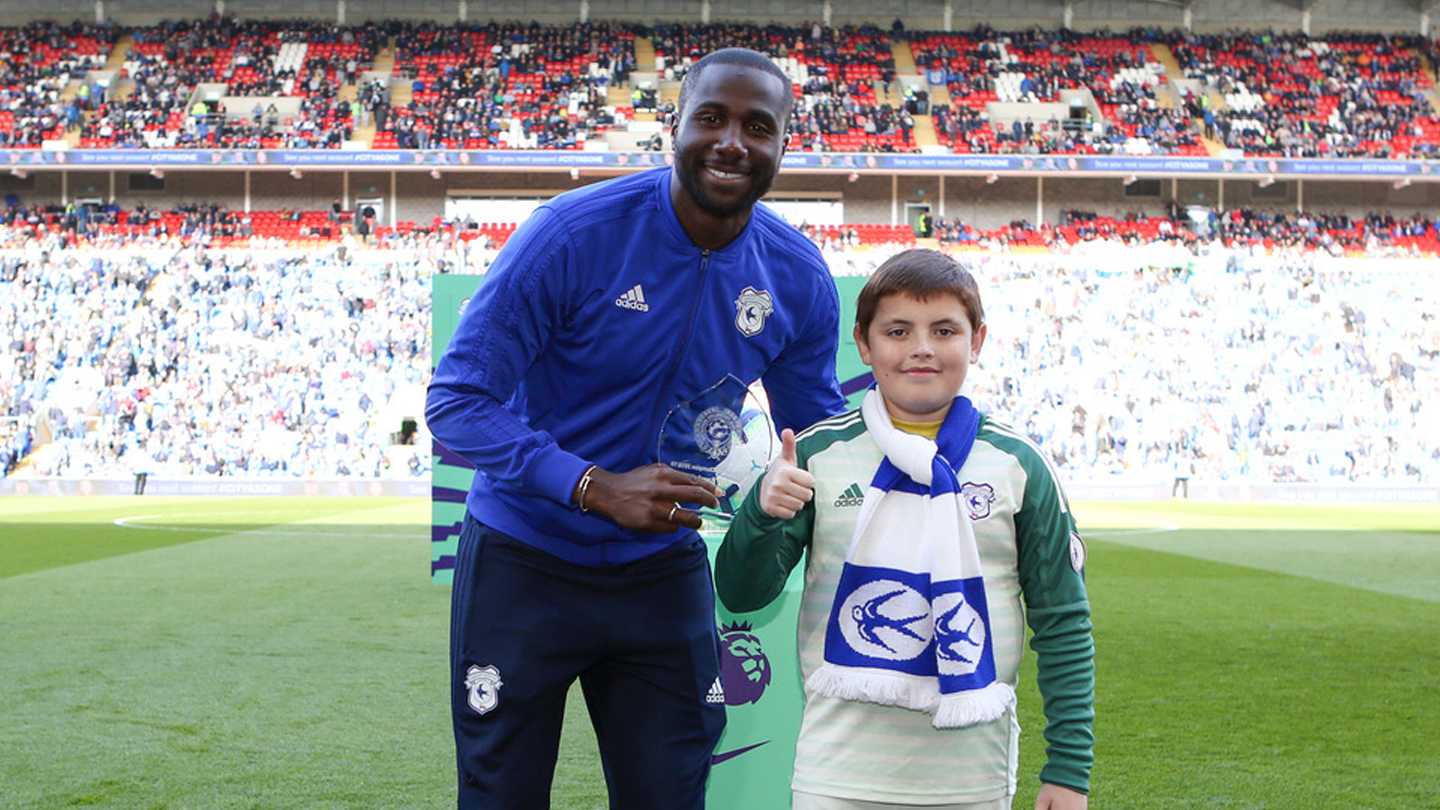 Sol Bamba was presented the PFA Community Champion award for the second successive year for his efforts to help the communities around South Wales throughout the 2018/19 season.

As well as his tremendous performances on the pitch during the 2018/19 season, Sol has also earned plaudits for his efforts while away from playing for the Bluebirds.

For his work in the community, which has included visits to different primary schools across Cardiff, inspiring children to achieve their full potential, the defender has been named PFA Community Champion for the club.

The PFA Community Champion is awarded to a first-team player who has been nominated by Cardiff City FC Foundation - the official charity of Cardiff City FC - for their outstanding contribution within the community through the year.

Sol was presented his award by Kayden, who is a part of the Premier League Primary Stars programme. He was inspired by Sol when he went into their school to take part in a literacy session, sitting next to and helping Kayden with his commentary piece.

Congratulations to @Sol14Bamba who has been named this season's @PFA Community Champion?

Sol was presented with his award by his biggest fan and Foundation beneficiary, Kayden!?

On his work with the community over the course of the season, Sol said:

"I've enjoyed meeting the people involved with the Foundation's programmes and I'm proud of the hard work that is being done behind the scenes. This club is about so much more than just football; it's a very special club.

"Having myself and other members the First Team visit projects is important because these children and young people look up to us and we can inspire them to work hard and set ambitious goals for themselves.

"The fans give us a lot of love and support so it's great to give that back to the community."