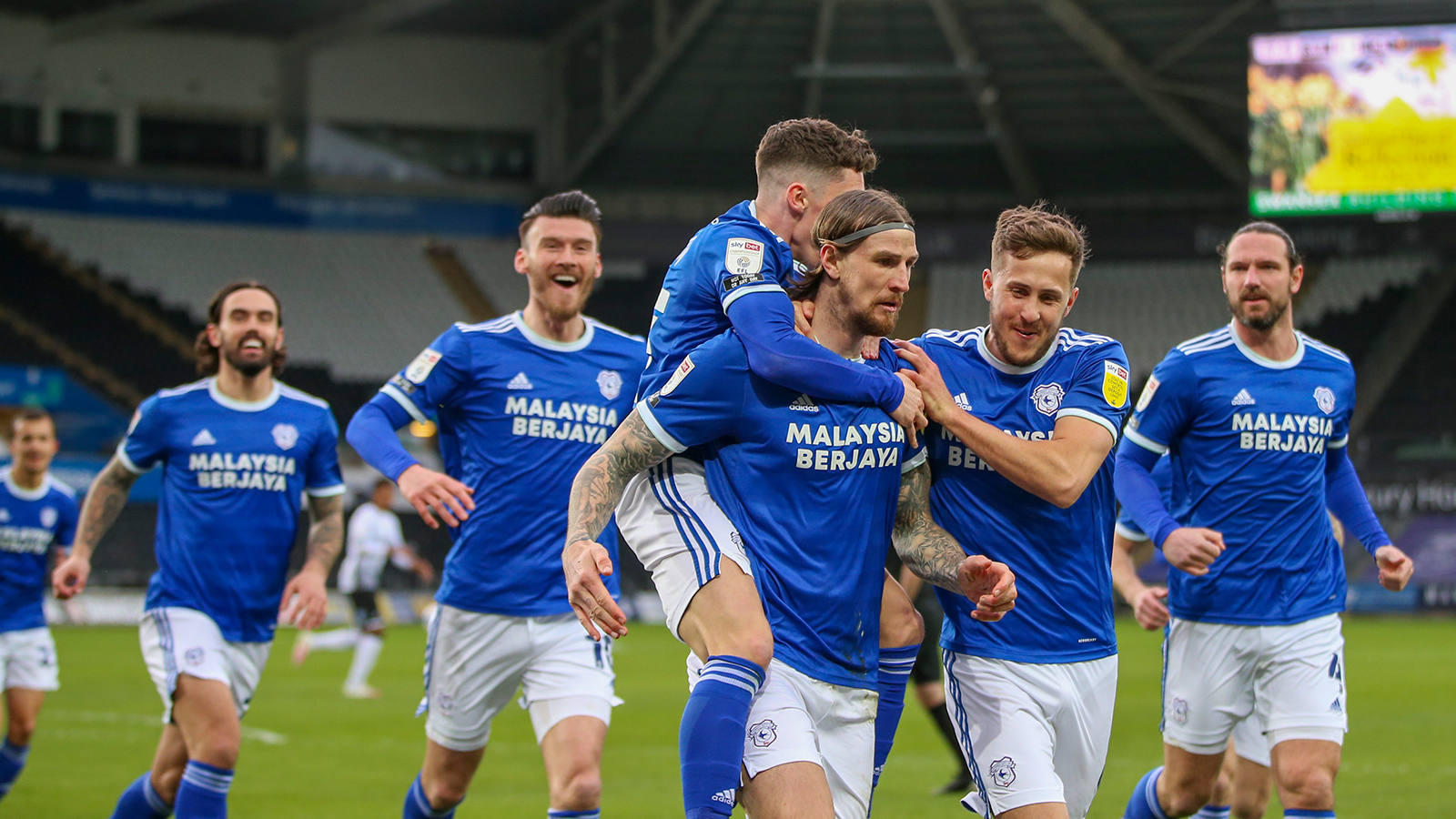 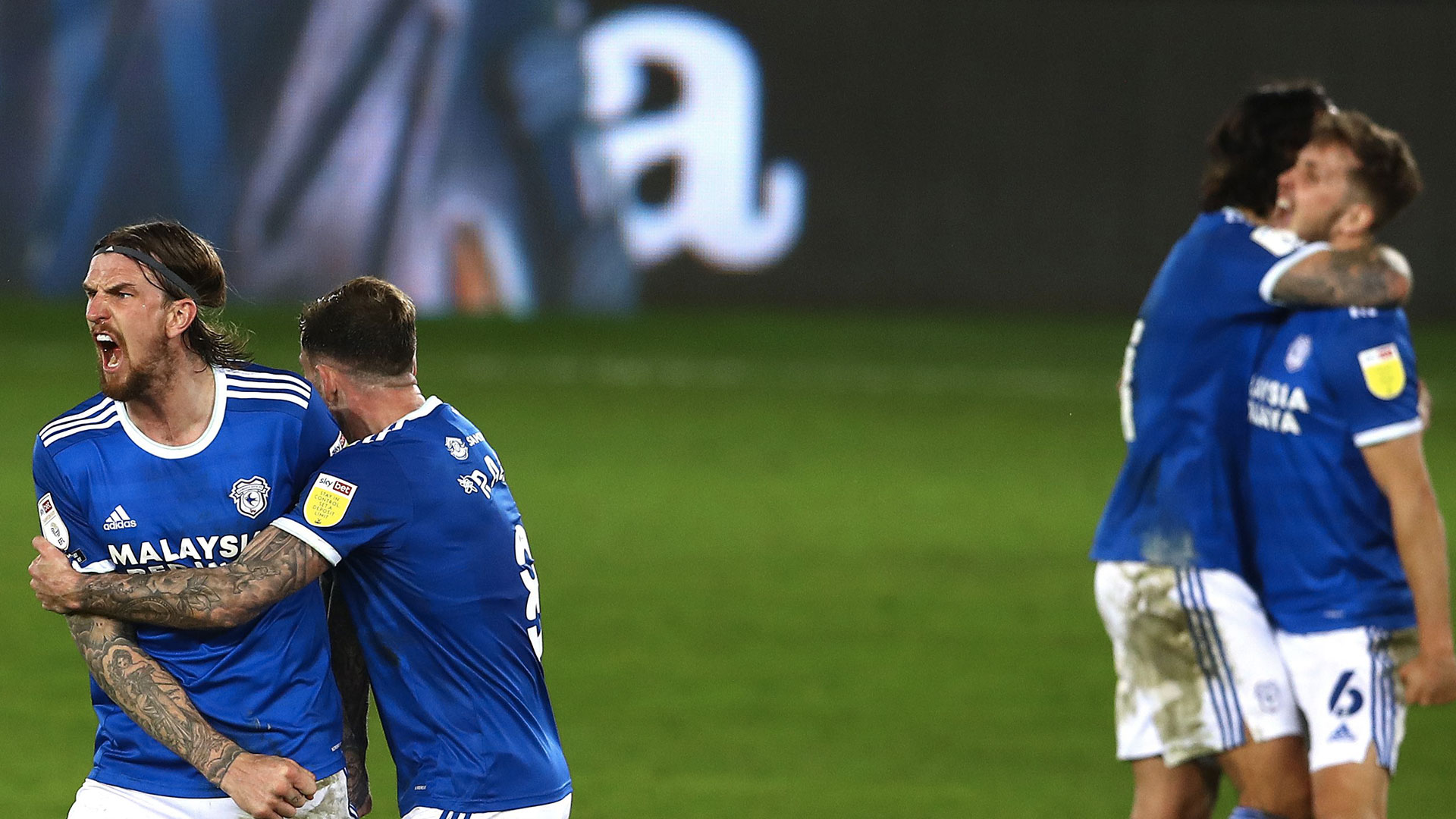 "It's been pretty carnage to be fair," Aden began. "Social media has been going nuts. The support I really appreciate. I've read all the messages that people have sent me. Some saying - 'give him the keys to the city', some saying I'll never need to buy a drink in Cardiff again. So, I'm looking forward to lockdown being eased. It's been really, really nice."

Discussing his first goal of the campaign, and that all-important winner at the Liberty, Aden added: "It's been coming. I think I've been threatening in recent games. It's over a year now since my last goal. I think that's probably the longest I've gone without scoring. And what a time to get it. Against your local rivals. To get the win and the three points there is nothing better. So, I'm delighted." 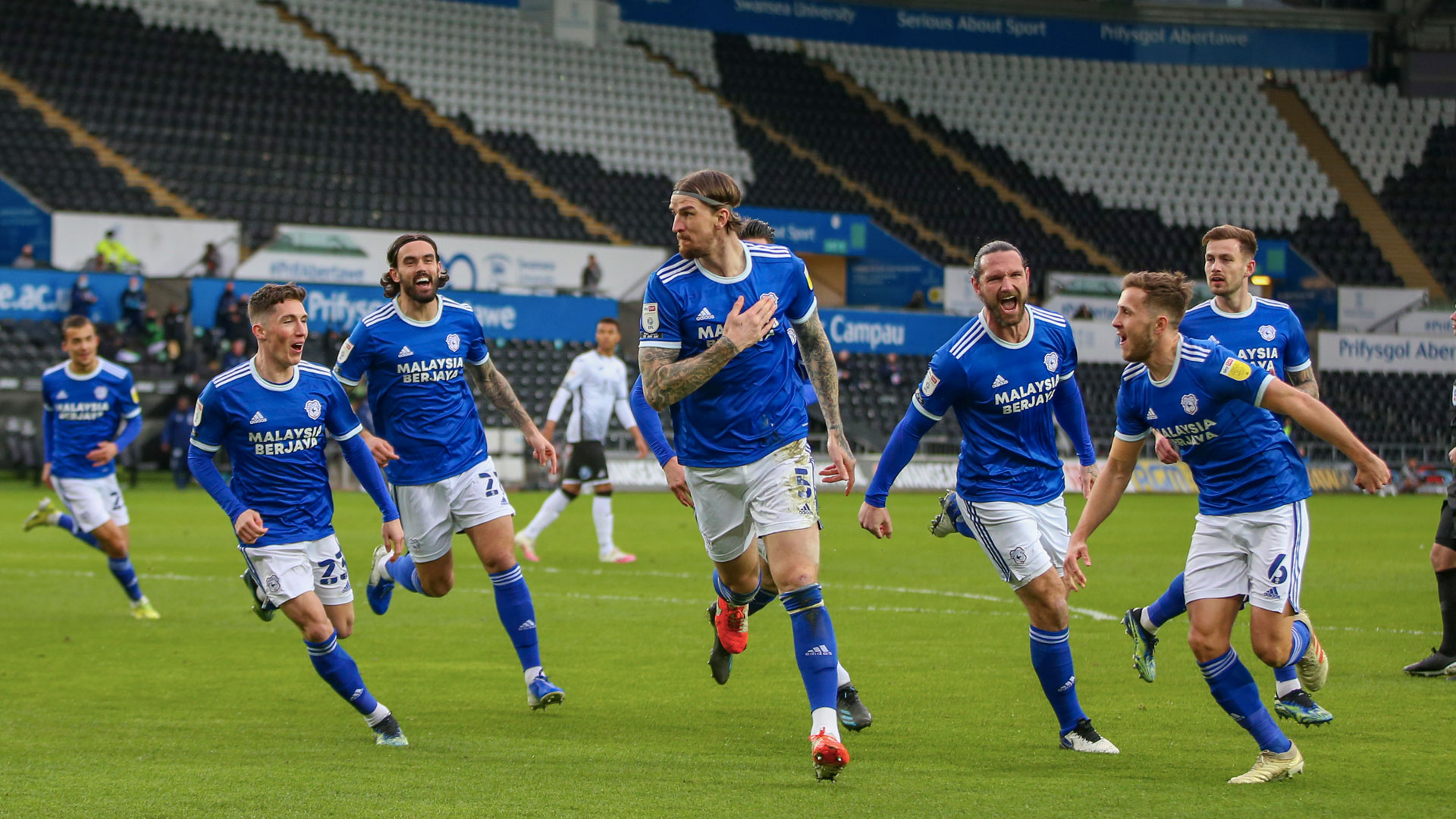 City's No.5 has been a key player since Mick McCarthy arrived. He came into the side for Mick's first game in charge - and has played all 14 games under the Bluebirds boss.

"First of all - I'd like to thank the new manager for having confidence in me and believing in me," Aden continued. "I had to go out on loan to play football for myself really. I'm not getting any younger. I'm 31. I need to be playing football at my age.

"I went to Sheffield Wednesday and played the first four games, which I was enjoying and went there to do. And then I got the bad news about requiring surgery for a hamstring injury. Obviously, it was disappointing. I missed three months - but I think in those three months you realise what you've got and what kind of privileged position you are in. It made me more determined to work hard and comeback fitter and stronger.

"I didn't expect to play that first game at Barnsley. I got in through chance really. I didn't expect to be thrown back in. I was a little nervous, I'm not going to lie. It was my first game for a while and coming off the back of a major injury. But I really enjoyed being back out there and it has been a hell of a run since.

"I think the shape change has really helped the team at the back. Obviously Browny has come in recently for an injured Nels and has done really well. We've got a really solid base. I think if you have that to keep the goals out of your own net then have the attacking talents we've got, then we're always going to score goals. If we can sort it out defensively, which realistically we have done, and will hopefully continue, then it puts us in a good place."

Next up for the Bluebirds is the home clash with Nottingham Forest next Friday afternoon. Aden continued: "They're a good side - a good squad, and a manager with real experience in this division. They're 17th and possibly fighting to confirm their place in the division for next season while we're fighting to get into the Play-Offs so it'll be a difficult game. We’ll stick to our game plan, try and nullify Forest, score goals and get the three points."

He concluded: "We've got to play Reading and Brentford, who are in the Play-Off spaces. They're two huge games. But we've also got a huge game coming this Friday against Forest and Monday against Sheffield Wednesday. It's a quick turnaround - two games in four days. If we can get a couple of results in those two games and results go our way in other fixtures then that will really put us in a good situation to go in to the final six games."