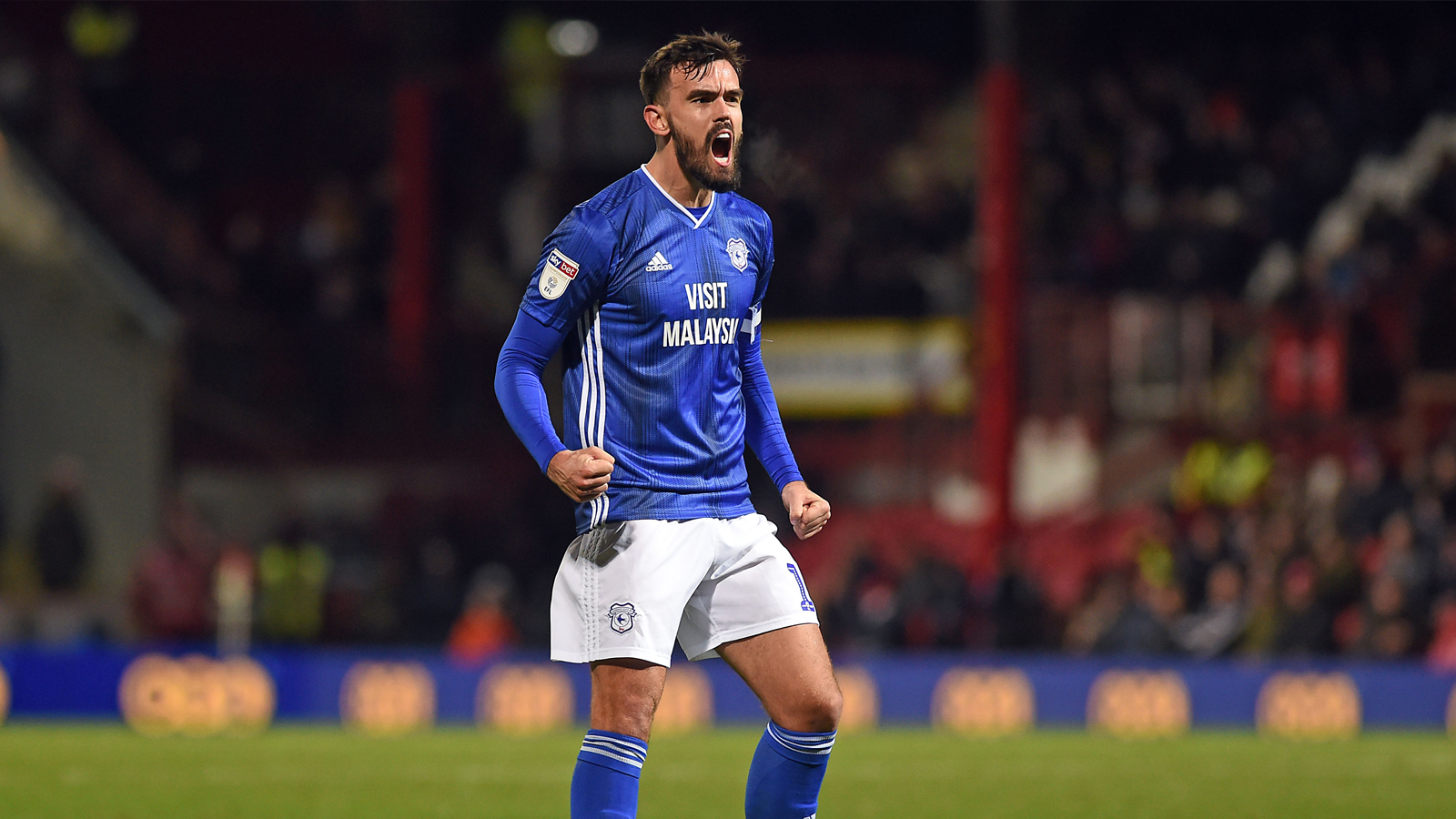 Celebrating his 29th birthday on March 25th, we take a look through the career of City midfielder Marlon Pack, as well as his time spent in a City shirt so far...

Born in Portsmouth in 1991, Marlon Pack began playing for local club Portsmouth as a youth, and made two appearances for Pompey in the 2010/11 season following loan spells with Wycombe Wanderers and Dagenham & Redbridge in the season prior.

A season-long loan spell to League Two side Cheltenham Town led to a permanent transfer in April 2011. At the end of the 2011/12 campaign, the side had reached the League Two Play-Off Semi-Finals, having finished in sixth place on the league table.

Facing Torquay United over two legs, Pack scored a free-kick from 25 yards out at Plainmoor to put his side 2-1 up away from home, with the club going through to the Final 4-1 on aggregate.

Pack left one club nicknamed the Robins for another at the end of the following campaign, as he made the step up to League One with a transfer to Bristol City in August 2013.

Making a total of 282 appearances in all competitions for the club over a six-year spell, Marlon played an important role throughout his time at Ashton Gate, helping the side to win League One at the end of the 2014/15 season.

Whilst at the club he also took part in their Carabao Cup run in the 2017/18 season that saw the side reach the Semi-Final stage, having defeated previous title holders Manchester United in the Fifth Round, going on to score against Manchester City as they were knocked out by the then-Premier League leaders at home.

Marlon's move to CCS from Ashton Gate on deadline day on August 8th, 2019 was quickly followed by his debut in the blue shirt, as he started against Luton Town only two days later.

The Bluebirds' first home match of the 2019/20 season featured a dramatic climax as Isaac Vassell came off the bench to score an injury time winner in the 96th minute, with Pack impressing on his debut with a full 90 minutes played.

“With a late goal in the match there was probably no better way to make my debut," Marlon reflected following the match against the Hatters. "We created lots of chances throughout the game, so well done to the lads and I think that we got a well-deserved win.

"The win makes my first match as a Bluebird a very good one. It’s been a whirlwind 48 hours, and I’m just pleased to be out there playing. Obviously, things will take time, but it wasn’t a bad start!”

Joining a squad that featured former Bristol City teammate Aden Flint, Pack returned from an injury sustained against Reading on his second appearance for the Bluebirds with a full match played against Hull City only a month later.

The midfielder picked up his first goal in the blue shirt in the next week's 3-0 victory over Queens Park Rangers, shooting home from close range following a terrific set up and cross by both Lee Tomlin and Gavin Whyte, respectively.

A leader on the pitch, Pack was given the captain's armband in Sean Morrison's absence towards the end of 2019, stepping into the role for the first time against Birmingham City in an exciting 4-2 victory at CCS on November 2nd.

At the end of that month, Pack similarly captained, this time with the Bluebirds earning their first away victory of the season by defeating Nottingham Forest 1-0 at the City Ground.

Having shown that he also possesses the capability to score a cracker from distance - with his goal against Brentford highlighting this -  alongside his passing range and control of the midfield, Marlon Pack has certainly made an impression during his first season in a City shirt.