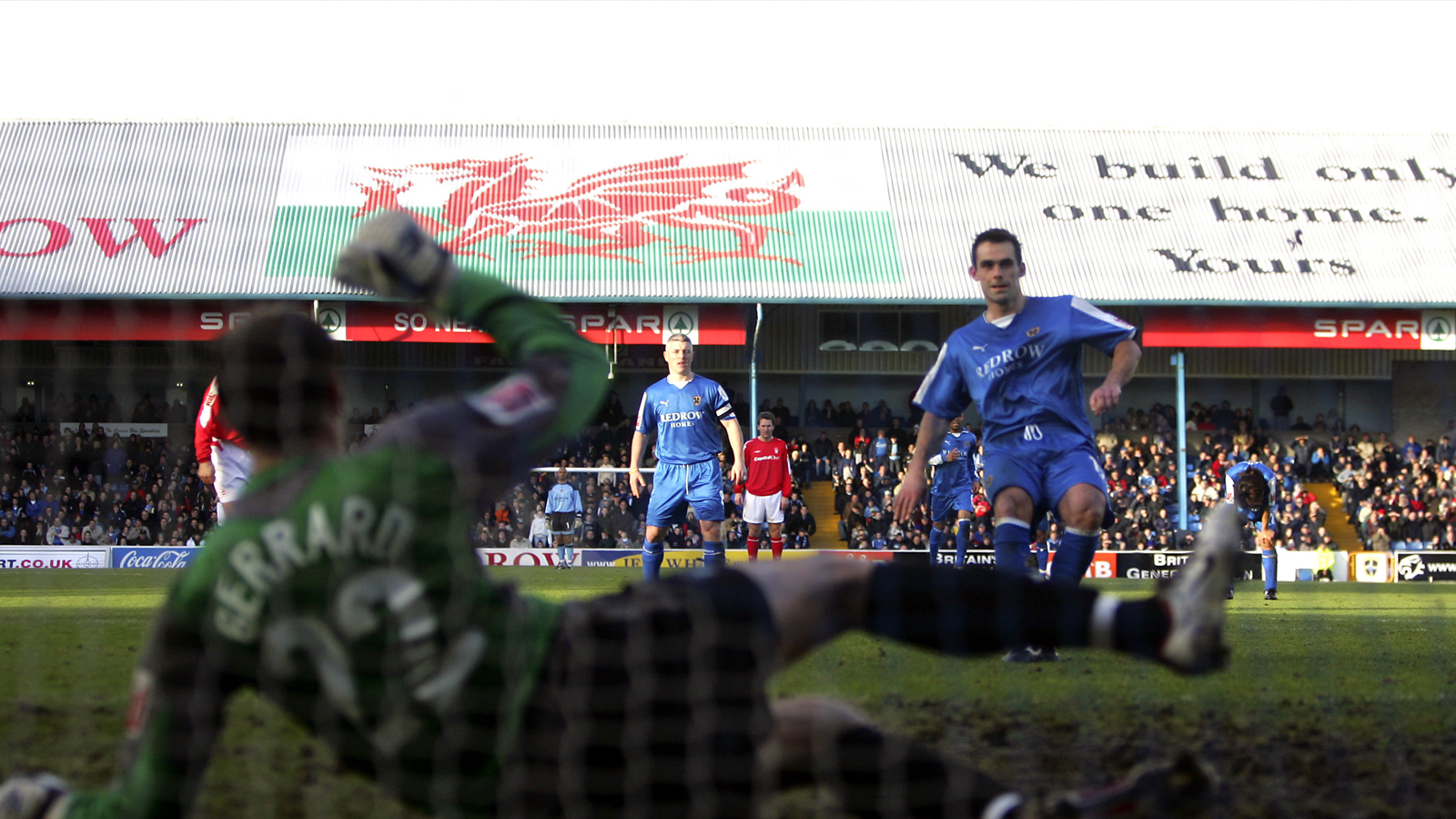 "Peter Thorne is magic, he wears a magic hat..."

This was the chant that became synonymous during the striker's time spent in South Wales, and would often be heard ringing around the terraces of Ninian Park as the Club made the step up to the First Division...

Urmston-born striker Peter Thorne began his career with Blackburn Rovers before moving to play for Swindon Town in the 1994-95 season, helping the club to a return to the First Division following their relegation at the end of his first campaign with the club.

Moving to play for the Potters following three years with the Robins, Thorne became a regular player for the side as they competed in the First and Second Divisions, recording 30 goals in all competitions for the side in the 1999/2000 season.

Beginning the 2001/02 season with the Potters, he subsequently made the move to Ninian Park in September 2001, where he would score eight goals in 26 appearances in his debut season for the Club.

Joining his former Stoke City teammate Graham Kavanagh in South Wales, the striker paired up at the top of the field with Robert Earnshaw at the newly-promoted Club.

Ever-present in his second campaign with the Club for the 2002/03 season, Thorne rose to prominence alongside Earnshaw and was a vital part of City’s attacking lineup as they reached the First Division via the Play-Off Final against Queens Park Rangers in May 2003.

The partnership between the two attacking players proved prolific, with the pair scoring a collective 45 league goals between them in their now-legendary promotion campaign. Earnshaw's 35 goals in all competitions broke the Club record, previously set at 32 goals by FA Cup-winning striker Hughie Ferguson.

Once promoted, Thorne's goalscoring capabilities continued despite the step up to the First Division, scoring 13 in 23 appearances for the Bluebirds as the Club established themselves as a formidable outfit in the league.

The striker won the Nationwide League's Goalscorer of the Month Award for December 2003, having scored seven goals in six matches as the Bluebirds finished off the year.

Included in the slew of goals scored to win the award was a hat-trick earned against his former club, Stoke City. In a hotly contested 3-2 victory against the Potters at the Britannia Stadium, Thorne stepped up to the occasion to net three times, securing an important three points and win the Club their first win in four matches.

With the City loyal having long-since chanted his name from the terraces, Peter commented on the interesting nature of one particular song in an interview in January 2004:

"I'd like the fans to know that I really appreciate it when they sing that song about me.

"I get a massive buzz whenever I hear that song. I love it to bits. Who else has got a song like that?

"I can hear it during games - you can't help but hear it - and when I do it gives me a big lift.

"But I would like to know where me wearing a magic hat has come from!" - Source: WalesOnline

With a total of 46 league goals scored for the Bluebirds in 126 appearances across four season, Peter Thorne left the Club for Norwich City in 2005, later playing for Bradford City before retiring in 2010, with a total of 197 career goals scored.