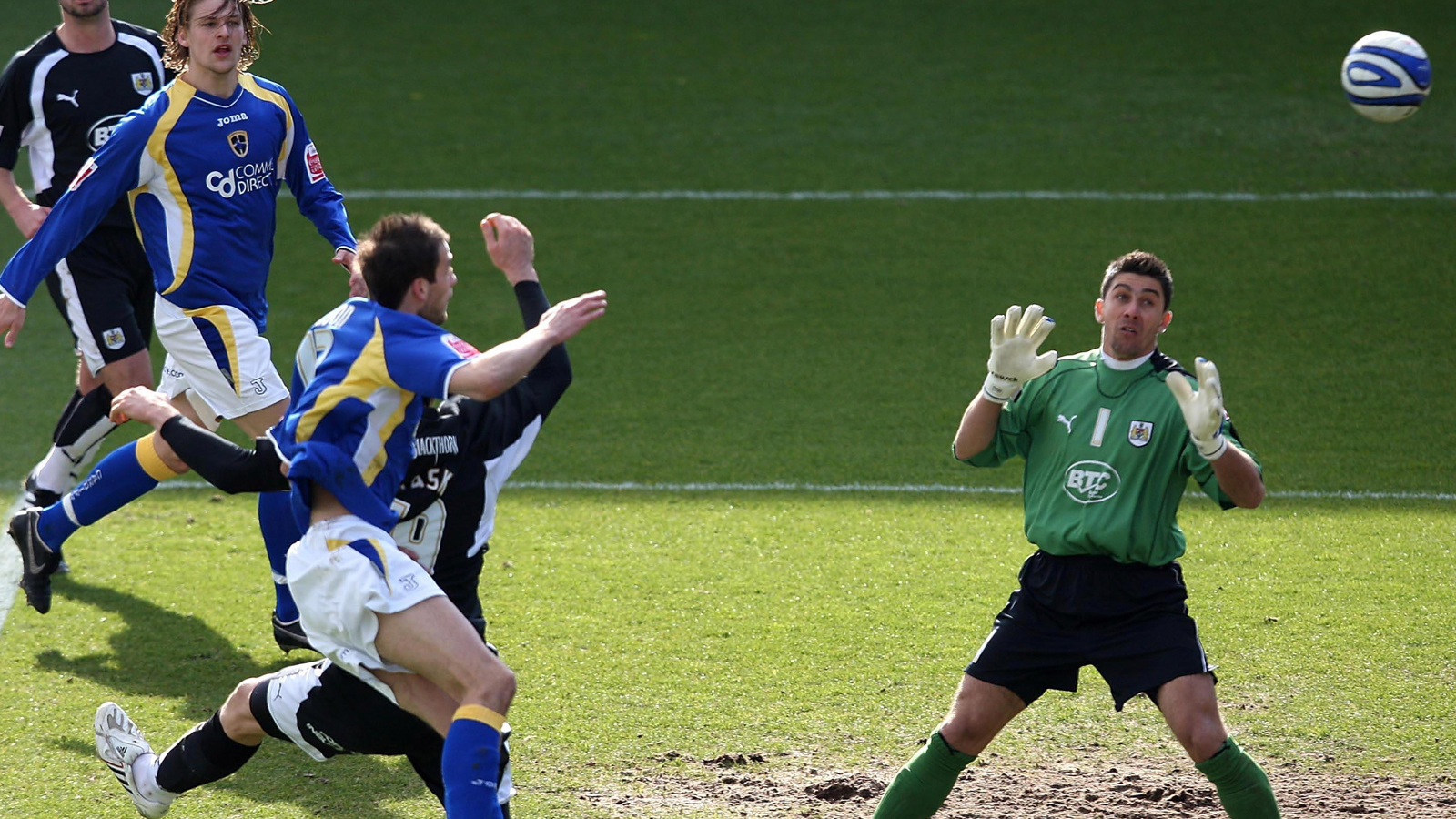 On this day (22nd March), in 2008, goals from Roger Johnson and Peter Whittingham gave the Bluebirds a 2-1 Severnside derby victory over Bristol City at Ninian Park.

Goals from Whitts and Roger Johnson gave the #Bluebirds a Severnside derby win at Ninian Park! 💙

City came into the Severnside clash on the back of a four-match unbeaten run, which had seen Dave Jones' side draw away at Crystal Palace and Colchester United, with a home triumph over Hull City.

Additionally, the Bluebirds had booked their place in the Semi-Finals of the FA Cup earlier in the month, with Whittingham and Johnson both on the scoresheet at the Riverside Stadium in our memorable victory over Middlesbrough.

Jones made two changes to his starting eleven on a sunny Saturday afternoon in South Wales, with Stephen McPhail replacing Aaron Ramsey in the heart of City's midfield, whilst Steven Thompson was introduced in place of the suspended Jimmy Floyd Hasselbaink, who had received a red card against Colchester seven days earlier.

After a first half of few chances, the Bluebirds took the lead minutes before the interval through Johnson's seventh goal of the campaign. A free-kick from the left flank was launched deep into the penalty area by Whittingham, with the central defender waiting at the back post. Johnson leapt above Támas Vaskó to plant the ball firmly past Adriano Basso and into the top corner, sending City into the break with a valuable advantage.

The second half continued without too many major incidents on the pitch, whilst on the touchline Bristol boss Johnson was sent to the stands after tussling with the fourth official. However, after 73 minutes, the visitors scored an equalising goal through Dele Adebola, who found space between Johnson and Glenn Loovens to meet Jamie McAllister's cross and send a flying header past Peter Enckelman.

The Robins looked to have completed a comeback seven minutes later, as striker Steve Brooker nodded home from a dangerous free-kick. However, the celebrations from visiting players and supporters were cut short by the linesman's raised flag, with Brooker straying narrowly offside seconds before the free-kick was delivered.

That moment proved to be crucial, as City sensed an opportunity to pounce at the other end of the field. Neat interplay between McPhail and Tony Capaldi allowed the left-back to break down the flank and advance past Cole Skuse, before returning the ball to McPhail inside the area. The Irishman took a clever touch towards goal which invited the challenge of Marvin Elliott, who mis-timed his intervention and sent Macca tumbling to the ground.

Up stepped Whittingham, about to take the first penalty kick of his Cardiff City career. The midfielder sent the ball low and to Basso's right, but the stopper was equal to it, making a strong two handed save. Fortunately for the Bluebirds, the ball rebounded straight to the path of City's number seven, who emphatically fired into the empty net on the rebound to give Jones' side a late lead.

The final whistle indicated that the points were staying in South Wales, with the Bluebirds rising to 13th position; they would eventually end the season in 12th place, and went on to push Portsmouth all the way in the FA Cup Final on May 17th.

The Robins retained their second-place spot after defeat at Ninian Park, but, winning just two of their final six matches, soon succumbed to West Bromwich Albion. Johnson's men lost out in the Championship Play-Off Final, with Dean Windass' fine volley sending Hull City to the Premier League at Bristol's expense.

As for City's goalscorers, two-time Player of the Year winner Johnson spent one final season in the Welsh capital before departing for Birmingham City, where he would go on to win the League Cup in 2011. And, after securing the victory over our Severnside rivals, Whitts would go on to dispatch a further 27 penalties during his time in South Wales, with his final goal from the spot coming in a 2-0 win over Preston North End in January 2017.